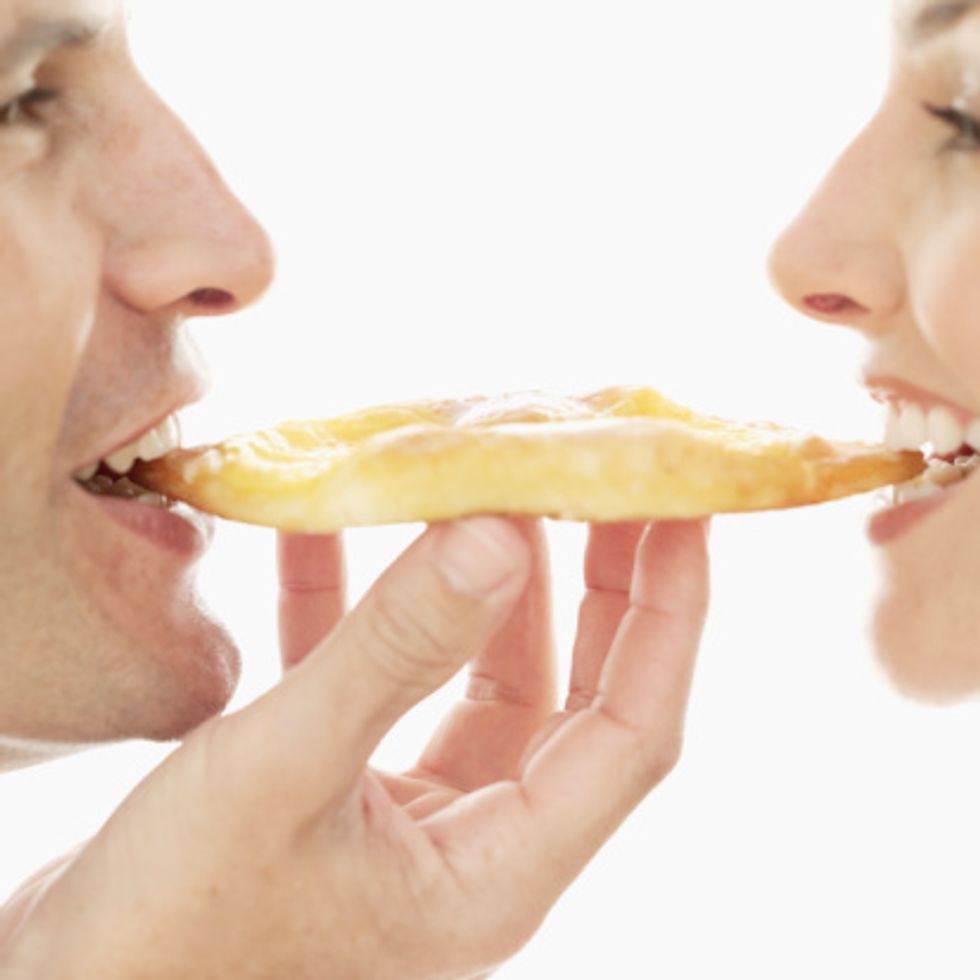 Five Tips for Motivation: Help Someone You Love

A reader, Sarah L. from New Jersey, sent me this email: " My husband was relatively thin when I married him. But he's gained ten pounds for every year of our marriage! (We've been married for thirty years). I watch my weight and diet, but he does the opposite - and no matter what I do, it doesn't seem to make a difference. He refuses to even go to a doctor, unless he's deathly ill. Do you or your readers have any advice?"

I do think what Sarah is saying is true. Most men are not as in tune with their overall health as women are. After all, we're so used to monitoring our health - beginning when we get our periods. How can we not be forced to think about our bodies and what they're up to? Each month makes us aware that things are changing...never mind those crazy days leading up to those monthly changes (remember PMS?). And then there's pregnancy, breast exams, pap smears, menopause...we're always facing some sort of medical issue or change to keep us in touch with our bodies.

It's no wonder, is it, that women are usually the ones who take the lead when it comes to men's health. We're natural caretakers. We are experienced all all things medical. We know when to ask for help.

This statistic amazes me: nearly two-thirds of Americans live with an overweight partner.

Here are some things I'd like to share that I've learned by both a). Living with a man who has taken off a lot of weight and b). Researching this subject:

1. Be a role model
A while back, a study found that obesity is socially contagious. Well, what about the opposite? If people are influenced by the behavior around them, your mate can be, too. If you have healthy habits, chances are your guy will notice - and incorporate them (or some of them) into his own life. (I've caught my hubbie reaching for those organic fig bars I keep in the cabinet. Would he ever buy these on his own? Doubt it. And when I tell him that I'm not going to use salt, he tries to lay off the salt shaker, too.)

2. Try different food preparations
You don't have to cut out certain "bad" foods, just find substitutes. For example, using plain yogurt instead of sour cream on a baked potato is almost as good. And when I found some great recipes for baking breaded chicken cutlets instead of sauteing them in oil , I found I saved a lot of calories without sacrificing the flavor.

3. Cook together
This makes more sense than just reducing calories. We go out a lot less these days because we're not only watching our weight - we're watching our wallets. And when you cook at home, you have much better control over what and how much you eat. That's a given. I like to light candles, play some nice music, use nice plates and cloth napkins to make the meal seem a bit more restaurant-like.

4. Find exercise you both like - and do it together
If you read my blog, then you know how much I love to take walks. When I invite Alan along, he tends to walk faster - and longer - than he otherwise would. He might not like everything I do (okay, I have to bike solo), but we've managed to find some exercise we both enjoy.

5. Don't criticize
Sometimes this is hard, I know. Instead of freaking out and yelling, "Why are you eating that piece of cake - aren't you supposed to be on a diet?!?, try reminding him that he will be so much healthier - and be around longer for the family- if he cuts down on desserts or substitutes something healthier, like fruit.

Hey, Father's Day is coming up this month. Here's something you can print out and make part of a gift... (maybe wrap his present in it and remind him not to rip it but read it, instead?)

Do you have ways to keep the man in your life healthy? We'd all love to know.