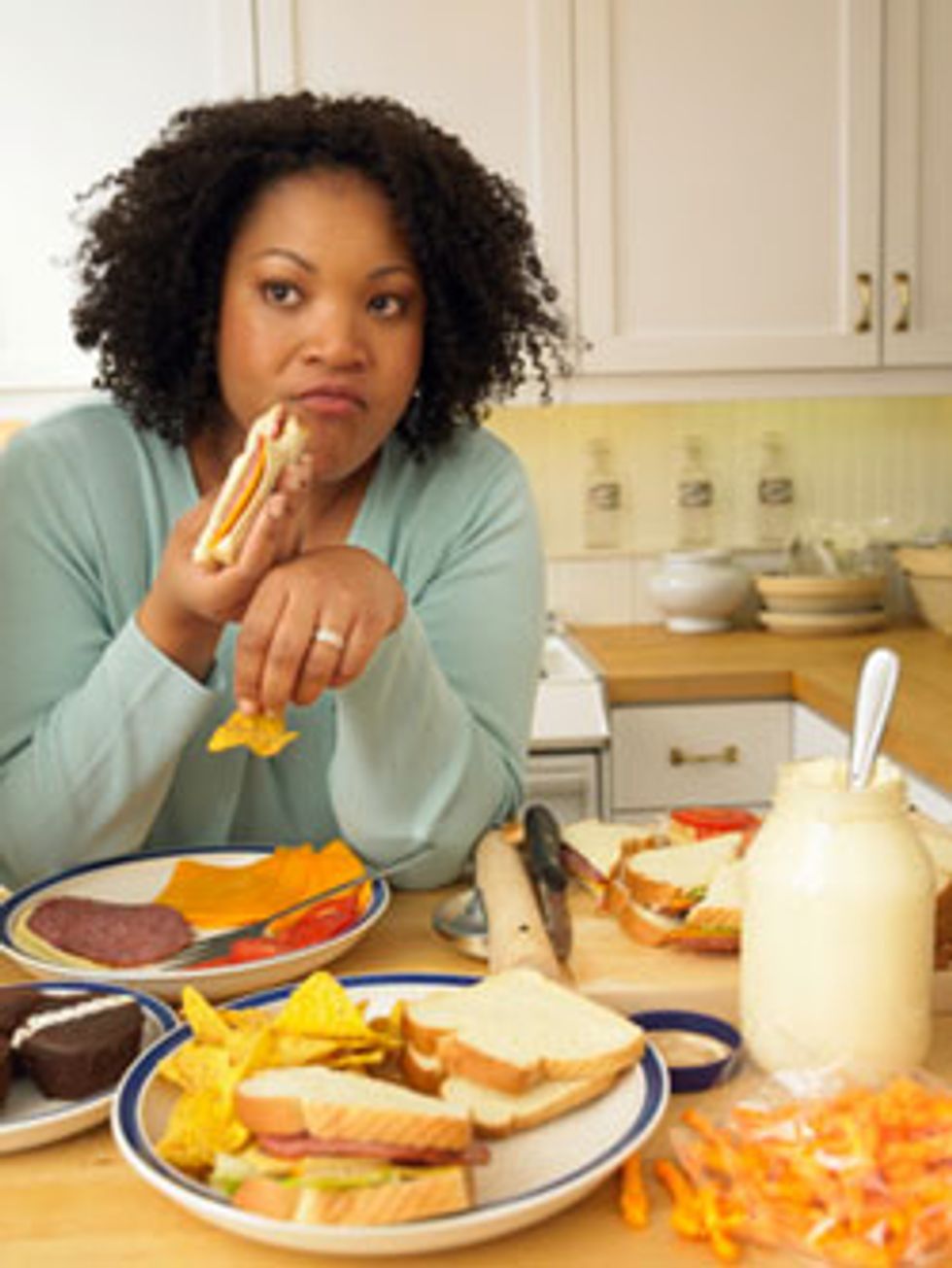 Does Exercise Make You Hungrier?

A reader writes:
"I recently turned 50 and decided to finally begin - and stick to - a serious exercise routine. I've been going to the gym four days a week doing 45 minutes of cardio and lifting weights. I'm so frustrated...it's been over 3 months and I've gained three pounds! What gives?"

In reading this, I realized that nowhere does she say she's also watching what she's eating. Hmm...I'm no doctor, but I wonder if she, like a lot of people I know (ahem, me) think that they can increase their caloric intake just because they're exercising - and still lose weight.

I recently began to put on a few pounds myself and couldn't really understand why. After all, I exercise faithfully and vigorously most days. And then, I realized what it was.

I was eating more, plain and simple. Taking that extra "snack" because, after all, I earned it - I worked out! But although I was exercising, it was not enough to keep those extra calories from adding up.

There's been a lot of buzz about an article that appeared last week in Time magazine about exercise and weight. The author, John Cloud, in his article "Why Exercise Won't Make You Thin," claims that a person will actually eat more when they exercise vigorously, since their appetite is increased and they lose their natural reserves of self-control. He contends that after exercising you may be more likely to trade in the stairs for the elevator and reward yourself with an extra treat.

Many medical professionals say that it's simple: don't eat more calories than you burn. And I agree. So, just because you exercise, you still have to watch what you eat, because chances are you are lulled into a false sense of how many calories your body is burning. I know I was. Not that I was eating unhealthy foods like donuts and lattes with whipped cream- my extra calories came from too much snacking on things like dried fruit and nuts - but calories are still calories, after all.

But here's what bothered me about the article: it depicts exercise as an almost hopeless cause. It just about says you shouldn't bother because, after all, it won't help you lose weight and might even make you gain some. According to the author, exercise stimulates your appetite and causes you to overeat. He writes this: After we exercise, we often crave sugary calories like those in muffins or in sports drinks like Gatorade."

Don't give up on exercise! It's still important - for a whole host of reasons; like reducing your blood pressure, decreasing your cancer risk, preventing osteoporosis, easing depression and much more. Personally, I think it cures most ills (well, not exactly cures them, but maybe keeps them at bay).

So, what about being more hungry after you exercise?
For me, the "hunger" is definitely more psychological than physiological, a kind of reward system for a good deed. I wonder how everyone else sees this. If you exercise, tell me: do you eat more because you think exercise will negate the calories you take in? Or are you really, truly hungrier? And when you don't exercise, do you watch your calories more closely?

P.S. If you remember exercising back in your school days to the tune of Chicken Fat, click here to hear it all over again!

Exercise Your Right to Fight Disease