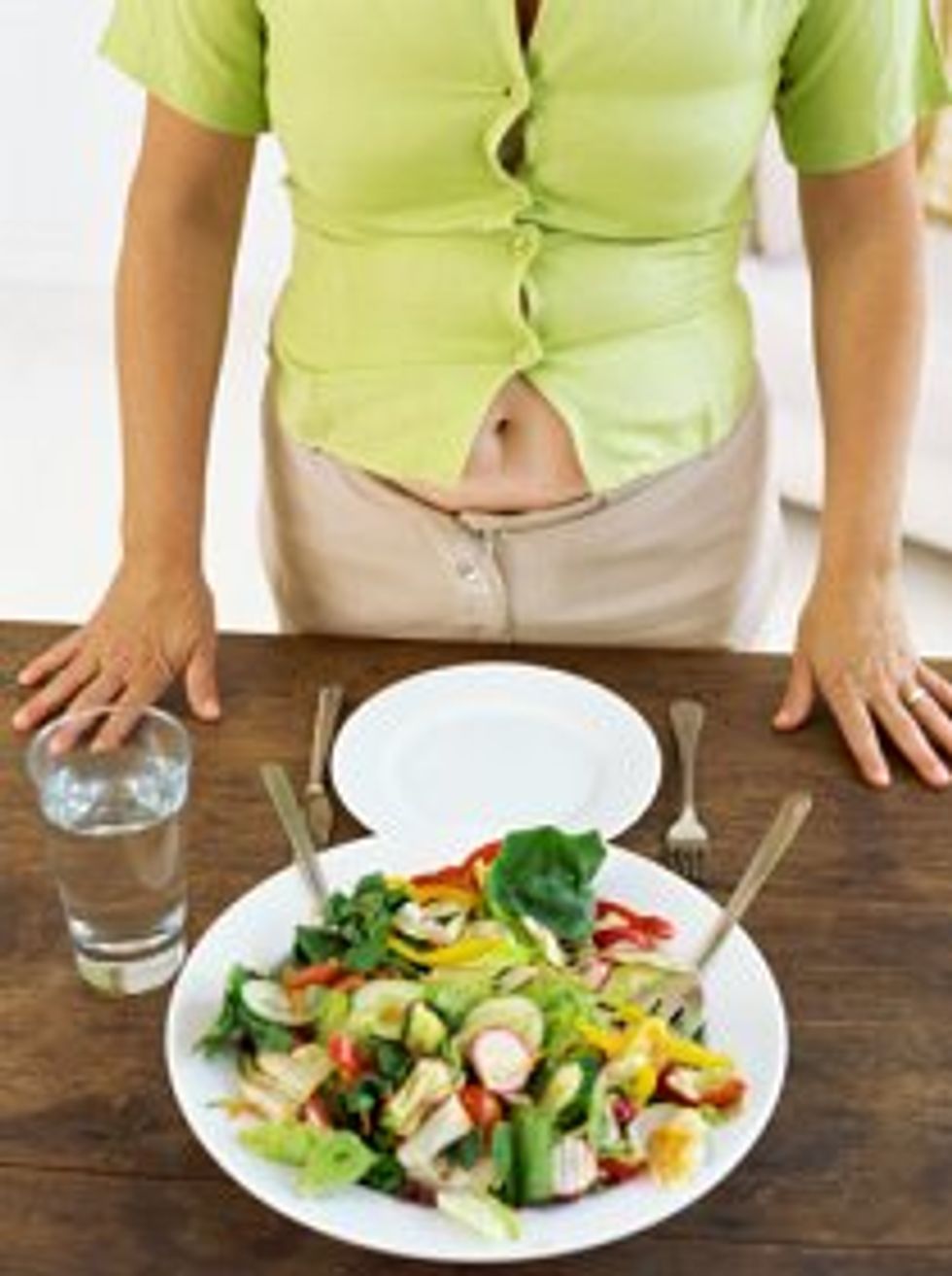 Belly Fat? Why You Might Want to Think About Eating These Foods

Here's a sobering statistic: As women approach and go through menopause, a certain type of body fat increases by up to 50 percent. And once you're finished with menopause (hooray!) there's more. The distribution of body fat usually shifts...

I like to blame my heredity (the women in my family tend to be small-hipped and carry their weight in their middles). Others may attribute their bulging bellies to overeating or inactivity. But you need not become overly-critical of any of these. The unfortunate truth is this: As we age, our metabolism slows. And just by virtue of being a women we experience more of a fat percentage increase than men do.

Sometimes when I eat certain things I picture the fats in the food making a beeline straight for my belly and attaching themselves there like a barnacle. But in my research, I've learned that some foods are better than others in helping to reduce belly fat. Whether or not they'll actually help get rid of it, well, I doubt that. But if you're going to eat anyway, you may as well try for the "better" foods. Can't hurt - right?

Whole Grains: A new study of 177 men and 257 women whose average age was 68 years old found that people who consumed the highest levels of whole grains had about 2.4 percent less body fat and 3.6 percent less abdominal fat than those who ate the least.

Avocados: The monounsaturated fats (or MUFAs) that abound in these green gems are thought to help deter the accumulation of fat from your mid-section. MUFAs are also in nuts, olives and flaxseeds.

Cherries and Blueberries: When a tiny portion of crushed tart cherries and crushed blueberries were added to the diet of rats, the rats lost 17 percent of their belly fat in just three months.

Egg Whites: This protein is both filling and helps preserve muscle tissue. Recent studies have found that people who increased their intake of healthy proteins (like egg whites as well as fish, lean turkey, chicken and whey protein) to 25-30 percent of a sensible diet were able to lose more belly fat.

Green Tea: It's thought that the phytochemical compounds in green tea may speed up the body's metabolic rate and promote fat burning. The Journal of Nutrition reported that overweight and obese adult study subjects who drank a sports drink with added high concentrations of green tea extracts dropped 7.7 percent of their belly fat in three months - compared with others who drank a regular sports drink without the green tea added.