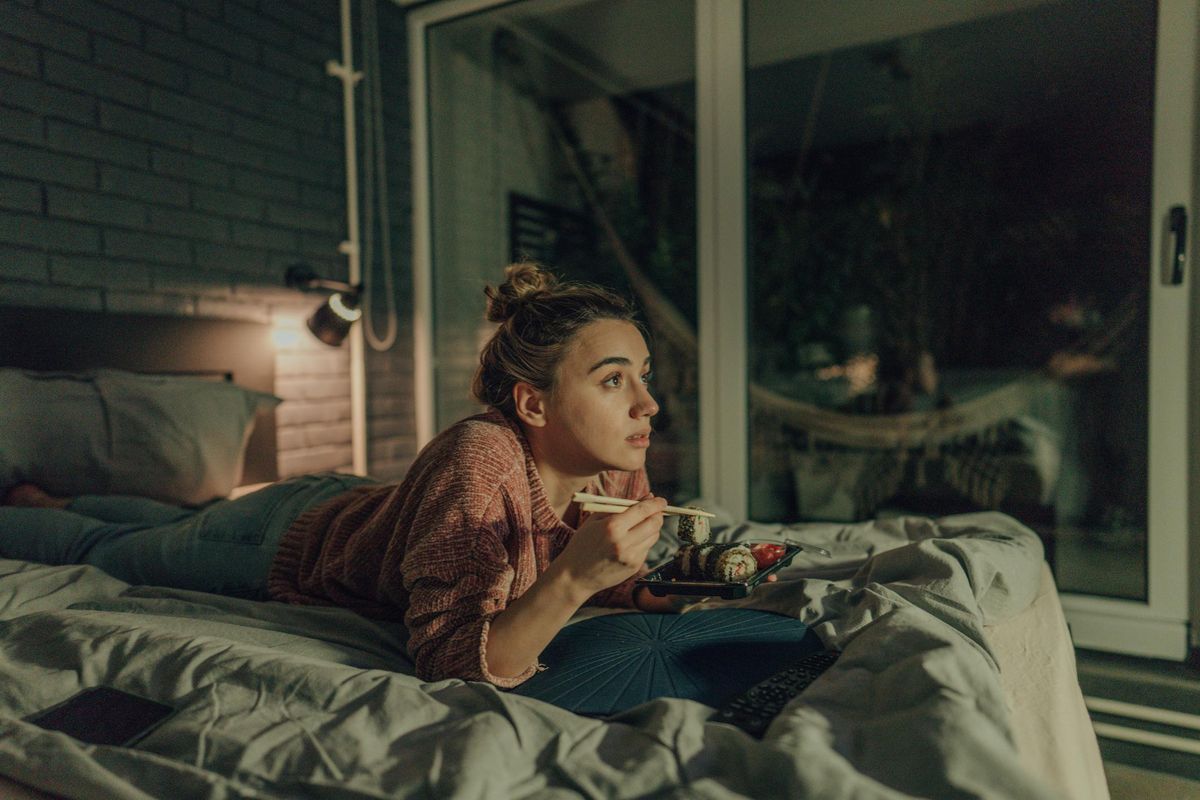 But most of us don't overeat because we're hungry; instead, it's because of "packages and plates, names and numbers, labels and lights, colors and candles, shapes and smells, distractions and distances.…" Well, you get the idea that Brian Wasnick, PhD, director of the Cornell Food Lab, is trying to get across: We overeat because of external signals. Or habit. Or both.

Yes, perhaps, but that doesn't come naturally—or easily—to many of us. That's why I've compiled a list of suggestions so that the next time you're tempted to overeat, you'll be able to stop and listen to that voice of reason. After all, with the over 200 decisions Wasnick says we have to make about food each day, wouldn't it be nice to make the right decisions?

Bonus tip: Plan ahead. I love this suggestion of Wasnick's: When you're at a cocktail party, play the "rule of two." Put just two items on your plate at one time; when you've finished them, go back for two additional items. People report consuming a lot less than they typically would, he says. After all, you've likely already had your favorite things right from the start.