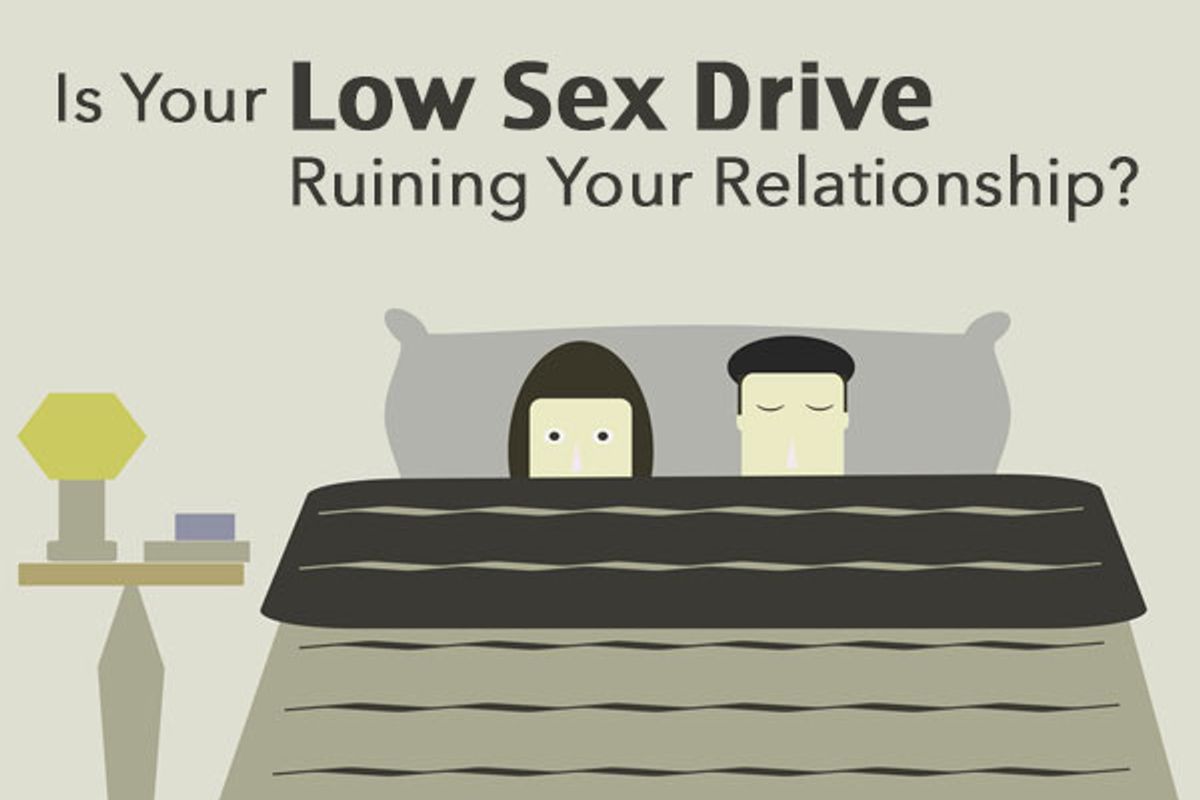 Is Your Low Sex Drive Ruining Your Relationship?

A new survey shows that 81 percent of women said their lack of interest in sex causes distress in their relationship.

In a recent survey of more than 1,000 HealthyWomen.org visitors who experience low sexual desire, 81 percent of respondents said their lack of interest in sex causes distress in their relationship. Most of the women surveyed, 53 percent, have been dealing with this issue for more than a year.

We've read articles about low sex drive and seen many commercials addressing lack of interest in sex. Oh, wait: Most, if not all, of those were about men's sexual problems. Let's get real: Women play a critical role between the sheets—it takes two! Yet it seems female sexual desire is often dismissed. For example, there still isn't an FDA approved medical treatment for women's low sex drive. And according to our survey, the demand is there. Seventy percent of respondents said they would use such a treatment should it become available.

As it stands, 46 percent of women cope with their low sex drive by continuing to have sex despite a lack of drive to do so, and 44 percent acknowledge doing nothing to address the issue.

Luckily, change is on the horizon. The U.S. Food and Drug Administration (FDA) recently met with a patient panel to obtain input on the most common female sexual dysfunction, female sexual interest/arousal disorder (FSIAD). The signs, symptoms and daily impacts that matter most to patients were discussed, in addition to the current available approaches to treat FSIAD. The FDA also held a scientific workshop to discuss challenges related to diagnosing FSIAD and to measuring outcomes of clinical trials.