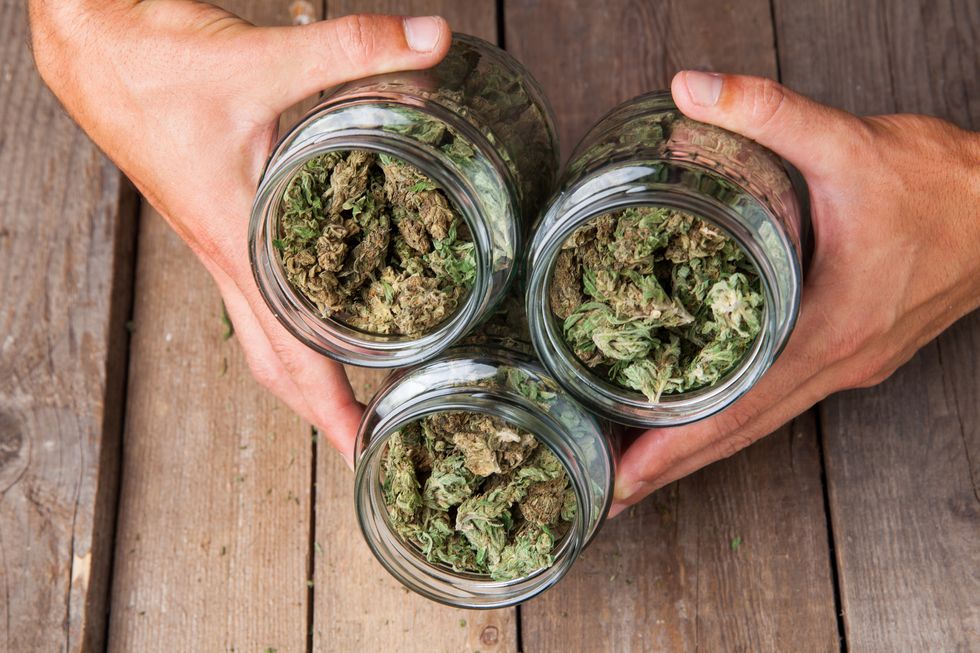 Would This Pot Ingredient Help You?

Latest research touts benefit of cannabidiol—a molecule from the marijuana plant that does not create a "high."

TUESDAY, April 18, 2017 (HealthDay News)—An ingredient in marijuana may reduce seizures in people with a severe form of epilepsy, a new study suggests.

The ingredient in question is cannabidiol—a molecule from the marijuana plant that does not create a "high." The drug is being developed by GW Pharmaceuticals, which funded the new study.

Researchers used cannabidiol to treat a type of epilepsy known as Lennox-Gastaut syndrome.

"The seizures in Lennox-Gastaut syndrome can be very difficult to treat, and the ones that cause falling can be dangerous and occur multiple times in a day," explained an expert in epilepsy treatment, Dr. Derek Chong. He directs the division of epilepsy at Lenox Hill Hospital in New York City.

The new study was led by Dr. Anup Patel, of Nationwide Children's Hospital and The Ohio State University College of Medicine in Columbus. His team tested cannabidiol in 225 young patients with Lennox-Gastaut syndrome. The patients had an average age of 16 years.

For 14 weeks, the participants also received either a higher or lower dose of daily cannabidiol, or an inactive placebo, in addition to their current medications.

The patients who took the higher dose had a 42 percent reduction in drop seizures overall, and for 40 percent of this group, their seizures were reduced by half or more, the researchers said.

The patients who took the lower dose had a 37 percent reduction in drop seizures overall, and for 36 percent, seizures were reduced by half or more, Patel's group said.

In contrast, those in the placebo group had a 17 percent reduction in drop seizures overall, and for 15 percent, seizures were reduced by half or more, the findings showed.

Compared to those in the placebo group, patients who took cannabidiol were up to 2.6 times more likely to say their overall condition had improved, according to the study.

The study is scheduled for presentation Saturday at the annual meeting of the American Academy of Neurology (AAN), in Boston.

"Our results suggest that cannabidiol may be effective for those with Lennox-Gastaut syndrome in treating drop seizures," Patel said in an AAN news release.

"This is important because this kind of epilepsy is incredibly difficult to treat. While there were more side effects for those taking cannabidiol, they were mostly well-tolerated. I believe that it may become an important new treatment option for these patients," Patel added.

Chong reviewed the new data and was also encouraged by the results.

"This study was more carefully designed than earlier cannabidiol studies, to rule out the placebo effect, and therefore provides us with more trust in the results," he said.

But Chong also noted that people with Lennox-Gastaut do have other available treatments.

"These results were only in 225 patients, and are not necessarily any better than existing FDA-approved treatments for Lennox-Gastaut," he said. "Further details and studies about safety will need to be disclosed, but it does appear that cannabidiol will be another reasonable treatment option."

Dr. Fred Lado is regional director of epilepsy care at Northwell Health, Queens and Long Island, N.Y. He reviewed the new study and said that "it's important to note that the benefit of cannabidiol was not the same for all participants, with only a minority seeing the greatest benefit."

Lado added, "Given the great public interest in cannabidiol, it's also important to note that drop attacks are a very specific subtype of seizure that does not occur in most types of epilepsy. One should not conclude that other types of seizures will respond similarly. More research is needed to determine which seizure syndromes and types of seizures are most responsive to cannabidiol."

In the United States, GW Pharmaceuticals operates as Greenwich Biosciences Inc. The company said it plans to apply for cannabidiol approval from the U.S. Food and Drug Administration later this year.

Findings presented at medical meetings should be considered preliminary until published in a peer-reviewed journal.

Epilepsy Across a Woman’s Lifespan

I Didn’t Find Out I Had Epilepsy Until I Was 28, But I’ve Likely Had It My Whole Life

10 Tips for Living Well With Epilepsy