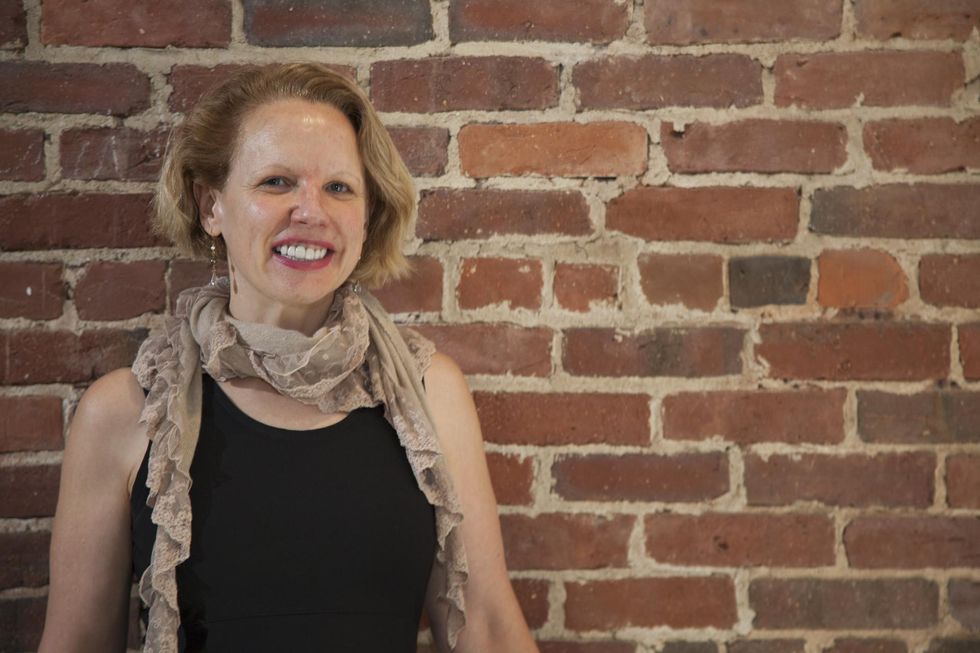 The Worst Thing, The Best Thing: How Women Experience Menopause

The Worst Thing, The Best Thing: How Women Experience Menopause

Sociologist Deborah Merrill was surprised by her own menopause experience, so she set out to discover how other women experienced it.

Deborah Merrill felt angry. "I found myself thinking more about where I had been in the first half of my life, where I was going, and things I wanted to change," said Merrill, a professor of sociology at Clark University in Worcester, Massachusetts. After immersing herself in reading about women at midlife, Merrill realized that her angry feelings were likely tied to brain changes related to menopause.

To better understand and manage her emotions during menopause, Merrill turned to mindfulness. "It was of great assistance to me, and I wanted to know if other women used it to manage their own experience of menopause."

This interest lead to a research project. She interviewed more than 50 women of different socioeconomic and racial backgrounds about their lived experience of menopause. The result is her book, "Mastering Menopause: Women's Voices on Taking Charge of the Change," released this past December by Praeger. Merrill shared insights from her research with HealthyWomen.

HealthyWomen: What symptom of menopause was most troubling to the women you interviewed?

Deborah Merrill: Certainly hot flashes were the most disruptive. Some women said they experienced up to 20 hot flashes a day. When they happen at night, they are called "night sweats," and some women said the sweats woke them up every hour. That made it extremely difficult to function, because they weren't getting enough sleep. But I also found lots of variation among women. Some said they never had any symptoms, while another told me, "This was by far worse than anything I could have imagined."

HW: Many of the women you interviewed said they have tried non-medical interventions, including mindfulness and yoga, to alleviate their menopause symptoms. How common are these practices for managing menopause?

Merrill: Mindfulness practices were more common among younger women who were just starting menopause. Older women generally weren't aware of them as tools to deal with menopause. There is some research to suggest that while mindfulness itself does not decrease the frequency of hot flashes or other symptoms, it can help women manage those symptoms better. For example, if the hot flashes were making them very reactive—feeling upset and ready to lash out—then mindfulness helped them learn to pause and process those feelings rather than react right away. It helped them stop and think, "I'm upset because of the hot flash, I'm not upset with this person."

HW: What surprised you most about women's response to menopause?

Merrill: Many women were really bothered that they couldn't have any more children. It surprised me because these were women in their late 40s and late 50s, often with kids in high school or older. So they were not even necessarily planning to have more children, but the fact that they couldn't—It bothered them a great deal. Our social construction of femininity, it seems, is still tied to reproduction.

Some women were equally upset that they felt they were not sexually appealing anymore. One woman said to me, "I'm not a hot young thing anymore, what am I supposed to do now?" The fact that it's 2020, and women still see their value tied to their looks—that also surprised me. We have come a long way, but we still care an awful lot about how we look.

HW: Did any of the women find positive things about menopause?

Merrill: There were some post-menopausal women who told me, "Menopause was the best thing that could have happened to me." These women felt it was very freeing. For example, one woman told me she couldn't travel for work when she was younger because her periods were so bad. Now she can travel, and she feels like she can put a lot more energy into her job.

Other women pointed out they had been taking birth control for their entire adulthood. Birth control can dampen your libido, so once they got off of it, their sex drive went up, and they felt they had better sex lives. They also liked that they didn't have to worry about getting pregnant.

So for women who had completed menopause, they saw a lot of positivity. It was a time of thinking, "What do I want to do now?" Their children were more financially independent, they didn't have to worry about money as much. It was a new stage of life, and many of them were very excited.

HW: HealthyWomen and WebMD worked together on a recent survey that found more than one-third of women experience symptoms of menopause but never bring up these concerns with their health-care providers. Did you find women were reluctant to speak to medical professionals about their symptoms?

Merrill: This was more the case with the black women I interviewed. Several of them told me that not only did they not ask questions about menopause, but they didn't want to go to the gynecologist. They said it was because of what they had read about black women being used in medical experiments or having higher rates of hysterectomies. If they talked to anyone about menopause symptoms, it was their mothers or their best friends.

HW: For those women who did talk to health-care providers, what did they usually discuss?

Merrill: When women brought up menopause with a doctor, it was usually because they wanted medical interventions like hormone replacement therapy (HRT). Many of them were aware of HRT's risks, but they thought: "I don't care because I'm so miserable with hot flashes." A couple of women were prescribed HRT, but a bigger group had asked about it and been denied. Usually they were told by their doctors that their symptoms weren't severe enough. One woman made a comment to me along the lines of, "Well, he is not the one waking up at night."

HW: If you could have every woman ask their health-care provider one question about menopause, what would it be?

Merrill: What is an effective but safe treatment course for me? That's a question I think we all can ask. Each doctor probably has a different threshold of reasonable risk, but there's still so much we don't know. It would be helpful if there was more research done about HRT and what needs to change to make it safer.

Women can also ask about alternatives to HRT. For example, sometimes SSRIs or SNRIs are prescribed to reduce hot flashes. A doctor can also talk about how soy can help. I was surprised that so few women I interviewed were aware of the benefits of soy for reducing hot flashes. Older women in particular thought the idea of consuming more soy just sounded terrible.

HW: Do you have advice for health-care providers?

Merrill: I think doctors need to be sensitive to the implications of hot flashes for everyday life. For some women, maybe it's just four or five times a day, and they can take off their sweater and put their wrist in cold water and that's enough. But for someone who has hot flashes every hour and can't sleep—physicians need to listen to that and consider treatment options.

HW: Based on your research what advice do YOU have for women going through menopause?

Merrill: Practice mindfulness, which is about being more aware of your thoughts and trying to stay grounded in the present rather than worrying about the future. And take advantage of meditation. I suggest you try a meditation group in your area, because it can be more enjoyable when you do it with others. Aim to practice meditation a couple of times a week. Experts will tell you that you need 40 minutes of meditation every day, but I think that's unrealistic for a lot of women. You still get some benefits from doing it just a couple of times a week.

I also want to share what many women shared with me: That there are many positive benefits that come as a result of menopause and the lifestyle of middle age, so just hang in there.

This transcript has been edited by HealthyWomen for length and clarity.