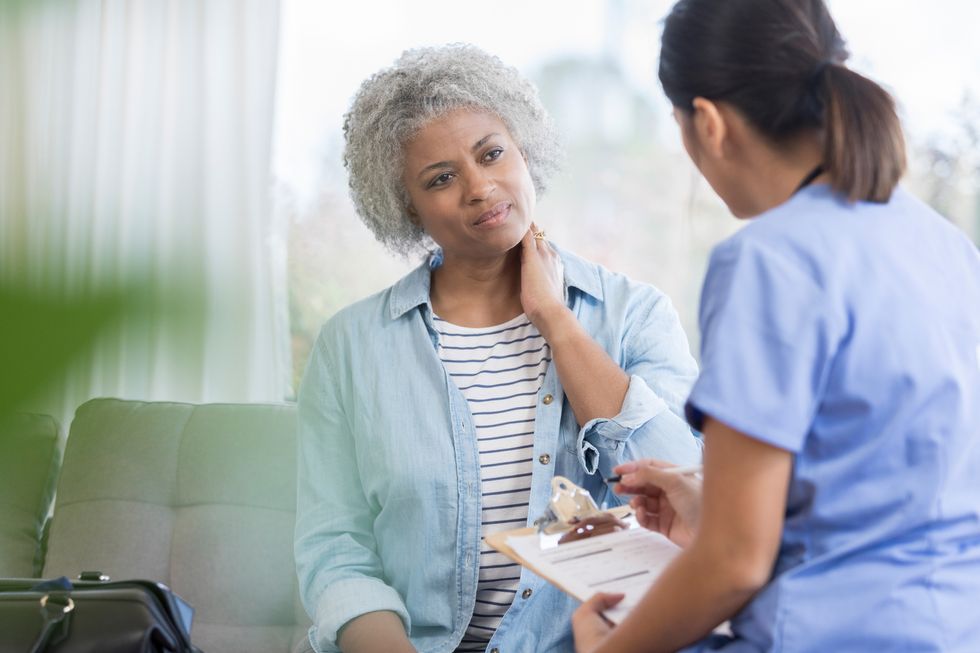 A HealthyWomen and WebMD survey of 3,100 women reveals the biggest healthy aging and menopause worries.

Menopause has a significant impact on the health and well-being of a majority of women and, yet, more than one-third never discuss their concerns with their health care providers, let alone the issues that worry them the most.

That's just one key finding in Aging Smart, Aging Well: How Women Make Decisions About Their Health in the 21st Century, a new nationwide survey of more than 3,100 women, ages 18 and older, created by HealthyWomen and WebMD.

The survey finds that while most women surveyed embrace the concept of healthy aging and say they proactively discuss health concerns with their provider, certain worries remain unspoken in the examination room, including menopausal symptoms, mental health concerns and sexual health. Additionally, most women say they have never discussed the health concerns that worry them the most, notably cancer, stroke, dementia and heart disease.

The good news, however, is that across all midlife stages, women in our survey agree on the importance of "healthy aging" and the implications for eating healthfully, living an active life, getting enough sleep and maintaining brain health. By and large, our survey respondents feel strongly about prioritizing their health and taking proactive precautions about their health.

"For our survey, we wanted to study how the transition through menopause and all the changes that ensue affect women's outlooks, health choices and even their futures," explained HealthyWomen CEO Beth Battaglino, RN-C. That's why, in addition to breaking out responses by race/ethnic, education and socioeconomic differences, the survey tracked responses by women's current menopausal status, including premenopausal, perimenopausal, menopausal (defined in the survey as your period having stopped within the past year and have experienced some symptoms of menopause) and postmenopausal.

And speaking of sex… Wait, did we mention sex? Well, no, and apparently neither do many of the survey's respondents. Just 10 percent say they've discussed sexual issues with their health care providers, despite admitting that sexual health does indeed decline beginning around the time of perimenopause, with painful intercourse, vaginal dryness and fatigue often to blame.

More than half of all women surveyed (54 percent) say their level of sexual activity decreased beginning in perimenopause, with the majority (86 percent) noting a lower sex drive, 57 percent implicating weight gain and being uncomfortable with their appearance, 54 percent citing vaginal dryness, and 53 percent having fatigue from lack of sleep.

As for menopause, three-fourths of women report experiencing six or more symptoms associated with it, including hot flashes (69 percent), fatigue and sleep problems (64 percent), mood swings/irritability (62 percent), brain fog (60 percent), night sweats (60 percent) and weight gain (54 percent). And yet, more than one-third (35 percent) of perimenopausal and nearly one-quarter (24 percent) of menopausal women say they have not talked to a health care professional about any of their symptoms.

Interestingly, the survey revealed some racial/ethnic differences in how women experience menopause. Though some studies find that black women experience menopause with different symptoms than white women (like dizziness and bloating) and more severe and persistent hot flashes, our survey finds that black women who are in menopause report a better outlook: They are more likely to rate their physical health as very good or excellent compared to white and Hispanic women. Similar trends appeared for overall mental health as well: Sixty percent of black women rated theirs as very good or excellent compared with only 38 percent of white women.

Aging Smart found that for most women, the first go-to step for managing menopause starts at home. Most say they are more likely to try lifestyle changes and supplements versus a prescription treatment such as hormone therapy or vaginal estrogen. This may be partly due to a lack of awareness or because they believe their symptoms are not severe enough for treatment. One-third prefer to treat their menopause symptoms without medication, and 25 percent say they fear side effects or increased risk of cancer, heart attack or stroke.

"Despite a general shift in our culture promoting more dialogue around health concerns and healthy living, our report shows that there is still a lack of openness when it comes to the health issues and changes of perimenopause, menopause, and women as they age," said John Whyte, MD, chief medical officer of WebMD.