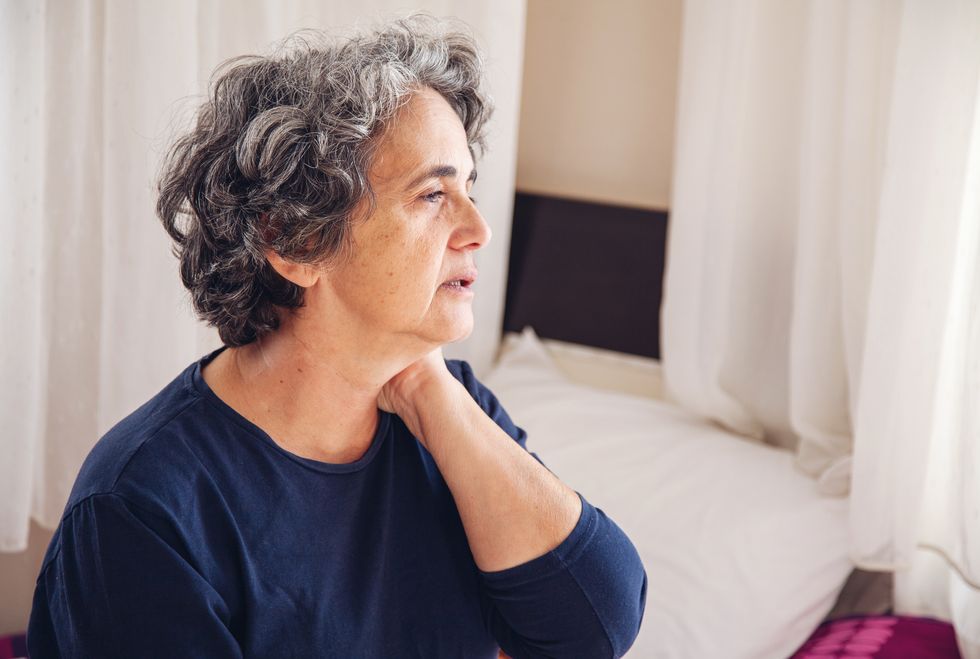 Learn more about what the latest research shows about the connection between night sweats and thinking skills. That, plus other health headlines.

Menopausal women who get night sweats sleep longer. And the longer they sleep, the more trouble they have thinking straight, a new study concludes. In this study, researchers looked at sleep time and night sweats among women with a history of breast cancer. To their surprise, the investigators found that more frequent night sweats were associated with longer sleep. And the longer women slept, the more their attention and thinking skills decreased. Sleep time, however, didn't affect memory. And daytime hot flashes didn't affect total sleep time, the researchers noted. Get the full study here.

Dads Are Happier and Less Stressed Than Moms
Dads are often happier, less stressed and less tired than moms when taking care of kids. Researchers in the study, published in the Journal of Family Issues, say these differences may come down to how and when childcare activities are split between parents. Researchers looked at childcare through the lens of a "care context." Going beyond measuring how much time mothers and fathers spend taking care of their children, researchers also looked at the type of childcare activity, when and where it took place, who was present, and how much care was involved. While the results suggest that fathers in general are much more involved in their children's lives now than in the past, parenting is still highly gendered. Researchers found that fathers' childcare activities were more likely to be recreational and take place on the weekend, while mothers' activities were more likely to involve an infant and fit into the category of parenting without a partner present. Additionally, researchers found that despite their differences, mothers and fathers both found caring for children highly meaningful.

Paid Family Leave Helps Keep Babies' Vaccines on Track
Children whose parents take paid family leave when they're born are more likely to get vaccinated at the recommended ages, a new study finds. Currently, many people do not vaccinate their child within the recommended schedule and are late. Often this might be due to parental time constraints. These immunizations are critical for infants since they're at a higher risk of infection and illness if not vaccinated properly. Researcher analyzed vaccination rates among 19- to 35-month-old children in California before and after the state implemented a paid family leave policy. The state grants private-sector employees up to six weeks of leave with partial wage replacement to care for a newborn. After the policy went into effect, late vaccination rates in infants fell, and the association was stronger among families below the poverty line, according to the study published in the IZA Institute of Labor Economics. Vaccinations studied included hepatitis-B (hep B), diphtheria-tetanus-pertussis (DTP) and hemophilus influenza Type B (HIB).

Many Female Veterans Troubled by History of Sexual Assault
More than one in 10 older female veterans experienced sexual assault while on active duty, a new study shows. Such trauma was also strongly associated with a risk for depression, thoughts of suicide and post-traumatic stress disorder (PTSD). A higher risk for sleep trouble and chronic pain was also seen.

How Safe is Vaginal Delivery After a Cesarean Birth?
Once a woman gives birth by cesarean section, attempting a vaginal delivery is riskier for mother and baby, a new study finds. Researchers at the University of Oxford collected data on more than 70,000 births in Scotland between 2002 and 2015. Among women who attempted a vaginal delivery after a previous C-section, 28 percent needed an emergency cesarean. Attempting vaginal delivery was associated with an added risk of uterine rupture, blood transfusion, body-wide infection and injury from surgery. Risks for the infant included stillbirth, admission to a neonatal unit and resuscitation using drugs or intubation. For mothers, the risk of any of these complications, however, was low—2 percent in those attempting a vaginal birth and 1 percent of those having a C-section.