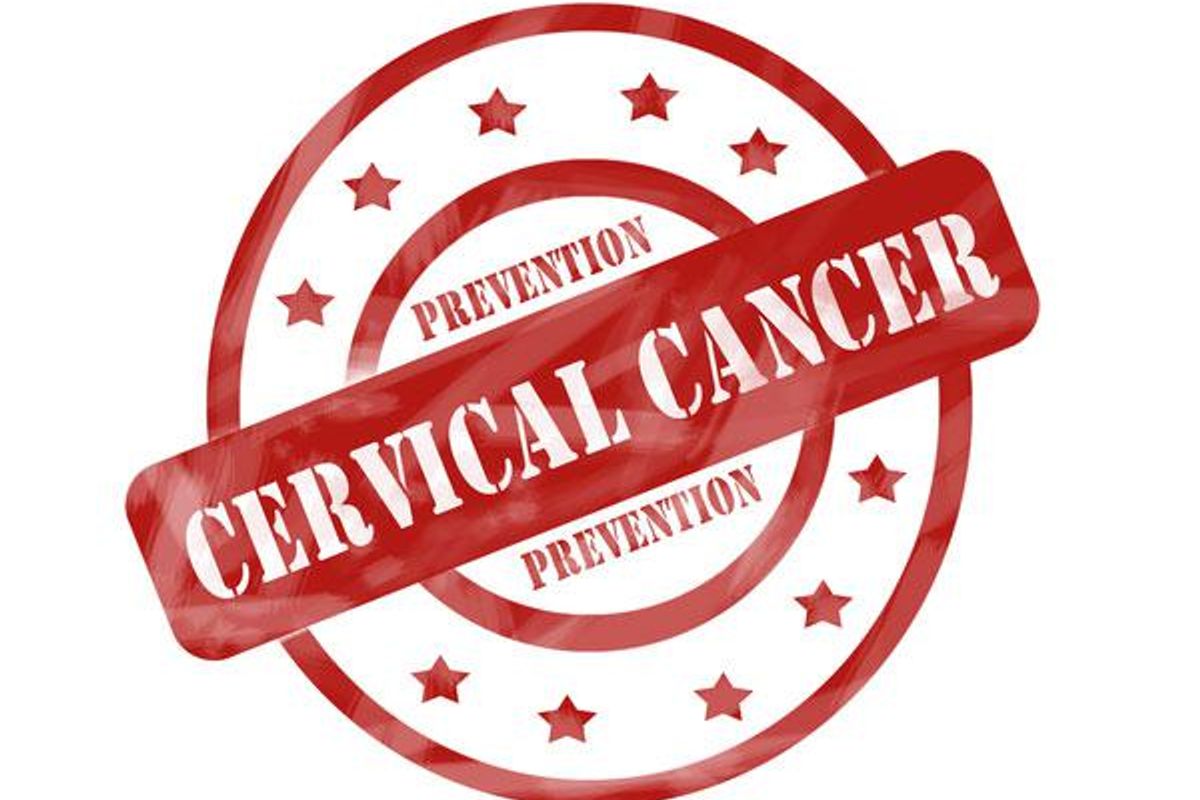 When’s The Last Time You Were Checked for Cervical Cancer?

This article / resource has been archived. We will no longer be updating it. For our most up-to-date information, please visit our cervical cancer information here.

WEDNESDAY, Nov. 5, 2014 (HealthDay News) -- An estimated eight million American women ages 21 to 65 haven't been screened for cervical cancer in the past five years.

That's the finding of a federal report released Wednesday that noted that more than half of cervical cancer cases occur among women who've never or rarely been screened.

In 2012, about 11 percent (eight million) women ages 21 to 65 said they had not been screened for cervical cancer in the past five years. The percentage was higher among women without health insurance (23.1 percent) and among those without a regular health care provider (25.5 percent), according to the report.

Lack of screening was also higher among older women (12.6 percent), Asians/Pacific Islanders (19.7 percent), and American Indians/Alaskan Natives (16.5 percent), according to the Centers for Disease Control and Prevention Vital Signs report.

From 2007 to 2011, the cervical cancer rate nationwide fell by 1.9 percent a year and the death rate remained stable.

"Every visit to a provider can be an opportunity to prevent cervical cancer by making sure women are referred for screening appropriately," CDC Principal Deputy Director Ileana Arias said in an agency news release.

"We must increase our efforts to make sure that all women understand the importance of getting screened for cervical cancer. No woman should die from cervical cancer," she added.

Wider use of the human papillomavirus (HPV) vaccine could also help reduce cervical cancer cases and deaths from the disease, the CDC said. A recent study by the agency found that the vaccine is underused, with only 1 in 3 girls and 1 in 7 boys receiving the three-dose vaccination series in 2013.

The HPV vaccine is recommended for children ages 11 to 12. Studies show that HPV vaccination and cervical cancer screening combined could prevent as many as 93 percent of new cervical cancer cases, the CDC says.

One way to improve cervical cancer screening rates would be to eliminate financial and other barriers, the CDC says. The agency's National Breast and Cervical Cancer Early Detection Program provides low-income, uninsured and underinsured women access to cervical and breast cancer screening nationwide.

According to the U.S. National Cancer Institute:

An estimated 12,360 new cases of cervical cancer will be diagnosed among U.S. women this year and 4,020 will die from the disease, the American Cancer Society reports.

Dr. David Fishman is a gynecological oncologist at Mount Sinai Hospital in New York City. Responding to the new CDC findings, he said: "The Pap test is the most powerful tool ever developed that can save women's lives. The ability to detect precancerous change and intervene to prevent the development of a life-threatening cancer using a simple, minimally invasive test is the holy grail of medicine. The future of medicine is to prevent the development of disease, and the Pap test provides the opportunity to prevent women developing and dying from cervical cancer."