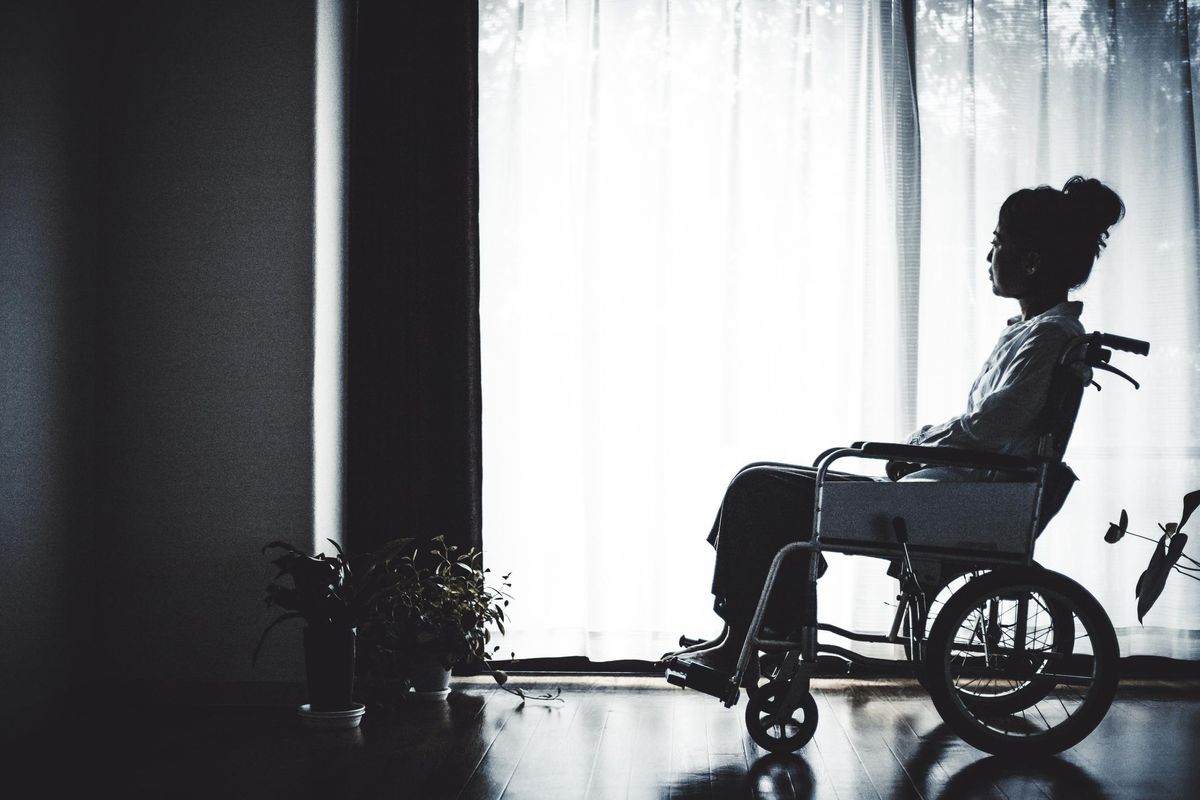 The hidden epidemic within the disability community

Since 2015, Shannon, a 40-year-old New York native, has lived in a domestic violence shelter for people with disabilities: Barrier Free Living (BFL), which has services in Manhattan and the Bronx. BFL is one of the few programs nationwide dedicated exclusively to serving survivors of domestic violence with disabilities. Her real name will not be disclosed to protect the identity of her family. She has been in three relationships, each with a man who abused her.

In 2008, Shannon was diagnosed with bipolar I disorder. She also has chronic back and knee pain — which the father of her daughter used to his advantage when he physically abused her. He would choke and threaten to kill her and physically targeted her injured lower back during fights. When she brought the incidents up in between fights, he psychologically abused her as well, accusing her of overreacting and blaming her bipolar disorder.

Three years later, after repeated abuse from her ex-boyfriend, she took their daughter, a toddler at the time, to a shelter in Brooklyn. There, she realized her ex was abusive in a third way — financially.

"He would not help me get diapers or other stuff. I was on [food stamps], but he was receiving Social Security already, so he had more money."

Domestic violence is common within the disability community

The Americans with Disabilities Act (ADA) defines a person with a disability as "a person who has a physical or mental impairment that substantially limits one or more major life activity." Nearly one in four, or 61 million, people have a disability in the United States. This makes them the largest minority group in America. Although an official database of statistics on domestic violence and disability does not exist, various organizations and researchers have attempted to measure the gravity of the problem.

A year-long investigation by NPR in 2017, found that people with intellectual disabilities are up to seven times more likely to be sexually assaulted than those without disabilities. This is what NPR called a "hidden epidemic." In fact, it wasn't until this investigation that the U.S. Department of Justice (DOJ) released pertinent federal crime data.

A study conducted by the Office on Women's Health at the U.S. Department of Health and Human Services showed that people with disabilities are usually abused by someone they know, such as partners, family members or caregivers. The abuse can include issues unique to the disabled, such as withholding assistive devices. Those who need help with daily activities like bathing, dressing and eating are at a greater risk since they are more vulnerable.

Since the perpetrators are often the primary source of care for people with disabilities, the victims may feel they must tolerate the abuse to receive the care and assistance they need, according to the Vera Institute of Justice, a nonprofit organization that uses research to improve institutional systems.

For women with disabilities, gender-based violence is often compounded by disability-based discrimination. According to a 2020 Rutgers University study, perpetrators may intentionally seek out women with physical and cognitive impairments, assuming these victims may be easily overpowered physically and manipulated emotionally.

"Women with disabilities are considered to be more likely to experience violence than men because of factors that are based on both gender and disability … just as women are more likely to face violence, including domestic violence, than men are, explains Amanda McRae, director of United Nations Advocacy at Women Enabled International, an organization whose mission is to enhance human rights at the intersection of gender and disability.

"Now that being said, men with disabilities do experience violence and abuse in the home at higher rates than do other men and boys. Disability is a really significant factor for both groups, but women are in a particular place of vulnerability because of their gender because in many parts of the world they may be less valued even than men with disabilities, and … therefore are just kind of in a more powerless situation when it comes to violence."

Perpetrators might see women with disabilities as "easy targets" and think no one will believe them if they report the incident. Often, the power dynamics between the victim and the perpetrator are significant and debilitating. The abuser can create a physical barrier to prevent the victim from reporting, such as withholding access to the phone, mobility aids or hearing aids.

Left out of the narrative

According to a 2018 white paper by the National Organization for Women (NOW), the lack of inclusion and representation of women with disabilities in mainstream sexual assault and harassment discussions prevents those survivors from coming forward with their stories. NOW also mentions that violence against women and girls with disabilities goes unreported or underrepresented. This can happen for a variety of reasons: the stereotype that people with disabilities are not sexual keeps them from being believed; they rely on the perpetrators for care; or depending on their disabilities, they do not have the access or the ability to physically report the incident.

"Many of the conversations around domestic violence happen in a women's rights space," McRae says, "and as much as we would like for women's rights folks to see women with disabilities as part of their movement … that's not always the case. And so we are … [often only asked for] input when it's specifically a disability issue rather than on issues that affect all women."

During the 2017 #MeToo and #TimesUp social movements, the voices and experiences of survivors with disabilities were not included in the mainstream discussion. Even as a young woman who had the ability and platform to speak up, I kept my own experiences of sexual abuse secret for over 10 years. I feared that those around me wouldn't believe me and would label me as "mentally unstable" on top of my physical disabilities.

Most medical professionals don't get training when it comes to sexuality and disability. On top of that, public school systems don't mandate special education students to take a class on sexual health education, or parents of children with disabilities opt out from mainstream sex ed classes. So, when incidents of sexual abuse happen to people with disabilities, they often don't have the language or cognition to process what is happening to them.

McRae further explains, "Perpetrators frequently see people with disabilities as folks that they can easily target for violence and not get caught. And one of the reasons for that is because a lot of people with disabilities are much more isolated than other people and have less ability to communicate with police who, maybe, don't understand them, don't understand sign language, don't have access to sign language interpreters, and so on. Or if they are able to report violence are less likely to be believed, particularly for women with intellectual or psychosocial disabilities ... blind or deaf women may also be less likely to be believed because they'll say, 'Oh, well, you couldn't see the perpetrator or you couldn't hear them. How would you know who it is exactly? And how would you be able to identify that person?'"

As COVID-19 surges, so do rates of domestic violence

Although there isn't official data yet, matters can be worse for women with disabilities, especially during COVID-19. Because they depend on their partners for food and shelter and they often can't go out themselves, these women –– including those who are nonbinary, trans and gender nonconforming –– might be in an ever so precarious situation.

As the World Health Organization (WHO) noted at the start of the pandemic, violence against women increases during any kind of emergency, including a widespread health outbreak. Older women and women with disabilities have additional risk factors, such as compromised immune systems, making them more vulnerable to abuse. Indeed, domestic violence hotlines and shelters have reported a surge in calls since the start of the pandemic.

In March, Women Enabled International conducted a global survey in collaboration with WHO, on the impact of COVID-19 on the rights of women, girls, nonbinary, trans, and gender non-conforming people with disabilities, specifically pertaining to the risk factors of violence. Nearly 22% of the survey respondents reported that their personal safety is in danger by those they're in quarantine with.

"On top of that," McRae also notes, "many people with disabilities have lost their support person during this time because of rules around social distancing or lockdown measures that didn't say that support people were essential workers. And because of that, then maybe a family member or an intimate partner has to step up to be a caregiver, which can cause a lot of stress and tension on its own and lead to certain forms of violence."

As for Shannon, things are starting to look brighter. She is completing her high school education online. She says she will use a grant she received from BFL toward an online college education in psychology and criminal justice. She hopes to have a career that'll allow her to help other people with mental illnesses, specifically those who've experienced domestic violence.