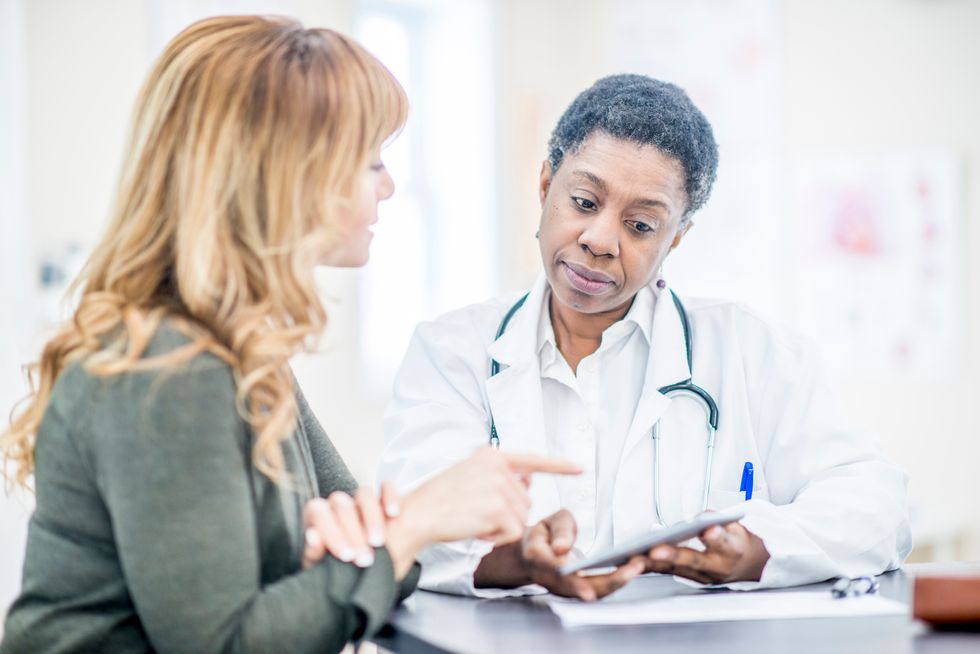 Hysterectomies are commonly performed to prevent spreading of certain cancers, but they also may be performed for other reasons. Find out why a hysterectomy may be needed.

For women, a hysterectomy—an operation to remove the uterus—is one of the most frequently performed surgical procedures in the United States. According to the American College of Obstetricians and Gynecologists, approximately 3.1 million hysterectomies were performed from 2000 through 2004, which is about 600,000 per year.

Hysterectomies are commonly performed at the onset of certain cancers to prevent spreading of the disease, but there are other reasons as well.

Often, other options are available to help treat a health condition besides a hysterectomy. For example, hormonal birth control or an intrauterine device might be able to help treat heavy vaginal bleeding or endometriosis. Whether or not you have an alternative to hysterectomy depends on you the individual and what your problem is.

Sometimes hysterectomy is the best solution. By learning as much as you can about hysterectomy, you and your health care provider can make the best decision about whether the procedure is right for you.

The most likely candidates for hysterectomies are women who are done having children, have tried other less-invasive ways to treat their problems and have no major reasons that the surgery would be harmful. Most hysterectomies are performed in a minimally invasive way. That means less pain and faster recovery.

Here are a few reasons you may need a hysterectomy.

You have the BRCA gene.
Hysterectomy may reduce the chance of developing certain types of ovarian cancer, says the American Cancer Society. That's because most ovarian cancer develops in the fallopian tubes and travels into the ovaries. Because a hysterectomy cuts into the tubes, or in some cases removes the tubes, the risk of developing ovarian cancer drops. So, some people get a hysterectomy if they know they have the BRCA gene. People with BRCA1 or BRCA2 genes are more likely to develop breast and ovarian cancers at younger ages than those who don't have these mutations. About 1.3 percent of women in the general population will develop ovarian cancer sometime during their lives, says the American Cancer Society. By contrast, it's estimated that about 44 percent of women who inherit a harmful BRCA1 mutation and about 17 percent of women who inherit a harmful BRCA2 mutation will develop ovarian cancer by the age of 80.

You have adenomyosis, sometimes considered a type of endometriosis.
Here, the endometrial tissues that line the uterus grow into the muscles of the uterus. The uterus tries to fix itself by contracting. But as the condition progresses, it loses its ability to contract. Since the issues are within the muscular area of the uterus, a hysterectomy can help with the condition. If you take out the uterus, you've taken out the condition. Symptoms include severe cramping, pain during sex and heavy menstrual bleeding. Women can first try hormonal birth control bills or an intrauterine device (IUD) to help control the condition. If those treatment methods don't work, a hysterectomy may be recommended.

You have heavy menstrual bleeding.
The surgery will end heavy bleeding that can't be stopped in other ways. You'll likely try hormonal medicine, a progesterone IUD or less invasive surgical treatments before resorting to a hysterectomy.

You have an unmanageable infection.
If you have severe, recurrent or untreatable pelvic infection, a hysterectomy may be your best option.

You have an unplanned hysterectomy right after a cesarean delivery.
A cesarean hysterectomy is when the uterus is removed right after a C-section. Certain complications of C-section, usually connected to severe bleeding when other methods to stop the bleeding have not worked, may mean the doctor has to remove the uterus to save the mother's life. This situation is very uncommon. Though the risk of a hysterectomy is higher after a cesarean delivery, bleeding requiring a hysterectomy may happen even after a seemingly normal vaginal birth. The procedure can be lifesaving, especially when bleeding can't be controlled by simpler measures.

You have a planned cesarean hysterectomy.
This is done only when there's a serious need for a hysterectomy for reasons unrelated to pregnancy. The mother's health must also be good and her blood count high.

You have placenta accreta.
This condition is when the placenta grows too deeply into the uterine wall. It's especially common in women who had a C-section in the past and whose embryo during a later pregnancy implants in the area of the C-section delivery scar. If placenta accreta is suspected, the diagnosis can often be made before delivery by ultrasound or magnetic resonance imaging. Unfortunately, almost all cases require a hysterectomy to save the mother's life. Surgery helps prevent the potentially life-threatening blood loss that can happen if there's an attempt to separate the placenta. Since the chances of this happening tend to increase with each C-section a woman has, some women try to have a vaginal birth after a previous C-section to reduce their risk of placenta accreta or a hysterectomy.