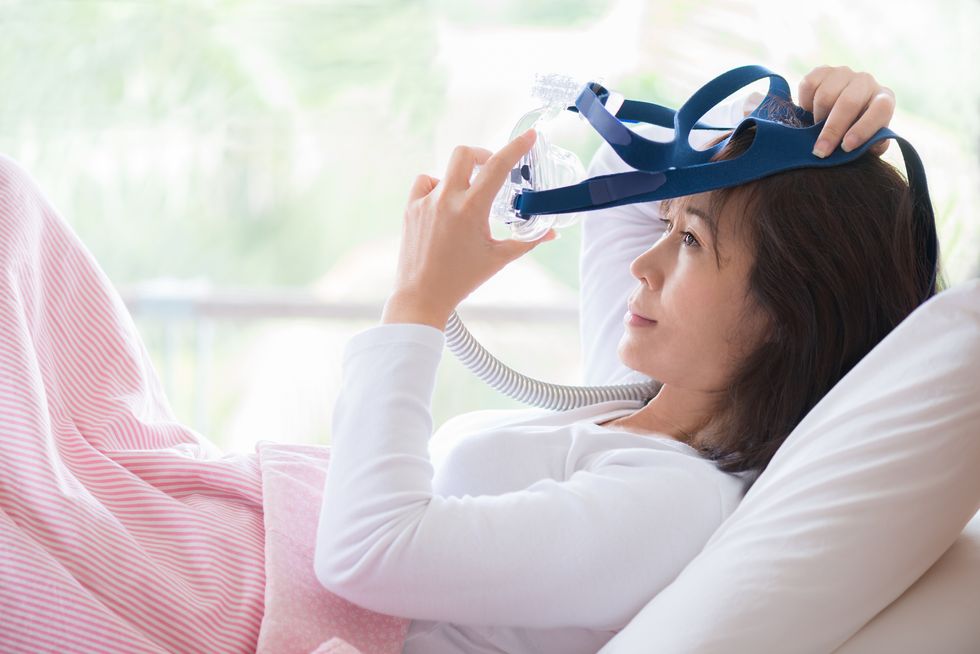 Severe sleep apnea is a risk factor for diabetic eye disease that can lead to vision loss and blindness, according to new research.

Poor control of diabetes can result in damage to tiny blood vessels at the back of the eye, a condition called diabetic retinopathy. It's a leading cause of blindness in the United States.

In some cases, tiny bulges protrude from the blood vessels and leak fluid and blood into the retina. This fluid can cause swelling (edema) in an area of the retina that enables clear vision and is called macular edema.

In this study, researchers in Taiwan examined data from 51 patients over eight years at Chang Gung Memorial Hospital in Taipei.

They found that patients with diabetic macular edema had a much higher rate (80.6%) of severe sleep apnea than those without the eye condition (45.5%).

The worse the sleep apnea, the more severe the macular edema, according to the study.

The researchers also found that severe sleep apnea was more common patients who required more treatment to control their macular edema. These patients needed at least three medical or laser therapy treatments, according to the study. It was to be presented Monday at the annual meeting of the American Academy of Ophthalmology (AAO), in San Francisco.

"Based on these results, we hope that more medical professionals will approach sleep apnea as a risk factor for diabetic macular edema," lead researcher Dr. Juifan Chiang said in an AAO news release.

"This could allow for earlier medical intervention so patients can keep more of their vision and preserve their overall health as much as possible," Chiang added.

People with sleep apnea repeatedly stop and start breathing through the night, disrupting their sleep and causing blood oxygen levels to fall.

This decline in blood oxygen levels may trigger changes in the body that result in blood vessel damage, putting people with sleep apnea at risk for high blood pressure, heart attack, stroke and type 2 diabetes.

Findings presented at scientific meetings are considered preliminary until published in a peer-reviewed journal.