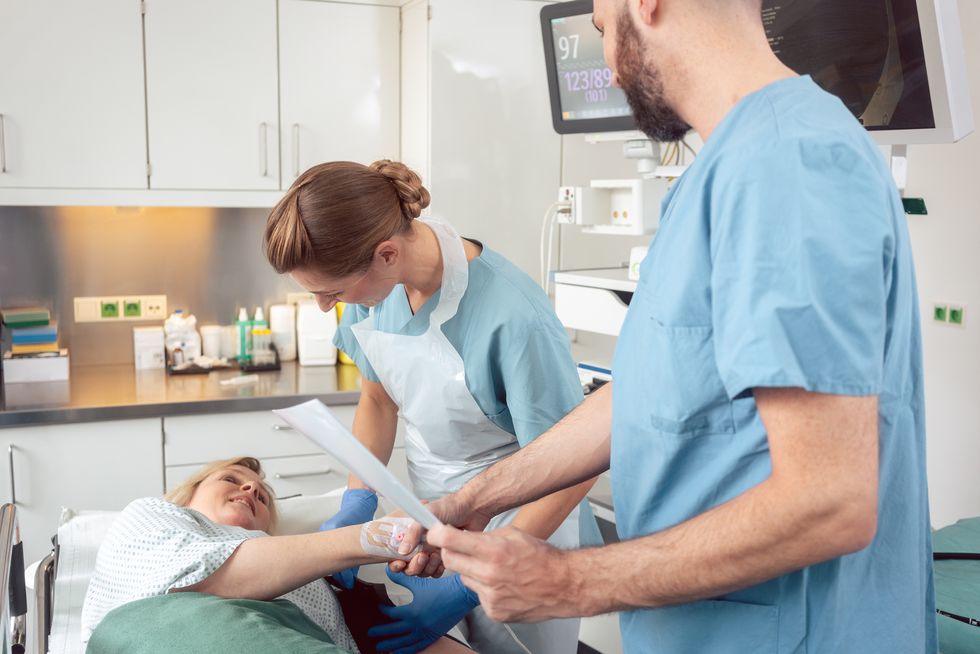 Signs You Should Get a Colonoscopy

Colorectal cancer is increasing in people under age 50, so it's important to know the risks and symptoms for colorectal cancer and see your health care professional if you have concerns.

I'm only 40 but am becoming aware of colon cancer as I hear more and more stories of younger people getting diagnosed with it. Added to that, I have a family history of the disease.

I wonder, am I too young to get a colonoscopy?

Yes, it's true: Colon cancer has become a reality for many people younger than 50, which was, until recently, the age we were advised to start getting screened. In fact, people under 50 are the only group whose incidence of colon cancer is growing. They now comprises 11 percent of all colon cancer diagnoses.

Since 1994, there's been a 51 percent increase in colorectal cancer among those under age 50, according to the American Cancer Society. Overall, rates are highest in the South, and investigators found that the rates have risen for faster for rectal tumors than for colon tumors.

And it's not just the U.S. that is seeing diagnoses at earlier ages. The incidence is also rising in countries like Denmark, New Zealand, Australia and the United Kingdom.

The American Cancer Society changed its screening guidelines in 2018. It now recommends that screening begin at age 45 for people at average risk.

Not only are more younger people in their 30s and 40s getting diagnosed with colon cancer, but more are dying from it. In many cases, colon cancer in younger patients tends to be more aggressive. It also has a higher mortality rate among younger people because they typically take longer to get diagnosed, either because they're slow to recognize their symptoms or their health care professionals don't associate their symptoms with colon cancer because of their young age.

Why this troubling rise? Though researchers aren't totally sure why the incidence is rising in younger people, they do know certain things that contribute to the overall risk of colorectal cancer:

Be on the lookout for these symptoms, which are the most common signs of colorectal cancer in young people:

In addition, symptoms might include a change in bowel habits (diarrhea, constipation or narrowing of the stool) lasting for more than a few days; weakness and fatigue; unintended weight loss; or feeling like you need to have a bowel movement (even though you've already had one).

While it's true that many of these symptoms can be the sign of something else—like hemorrhoids, infection or irritable bowel syndrome—don't hesitate to contact your health care professional if you are experiencing them.

Here's more information about tests you might have to help rule out colon cancer.

Testing is the key to prevention, and treatment is most likely to succeed when the disease is caught early. Another key to prevention is a good, healthy lifestyle, which should include limiting your consumption of red meat, getting enough exercise, avoiding overweight and obesity and consuming alcohol moderately, if at all.

When I was 32, I Was Getting Ready to Marry and Have Kids. Then I Was Diagnosed With Colorectal Cancer.

We Need to Talk About Colorectal Cancer