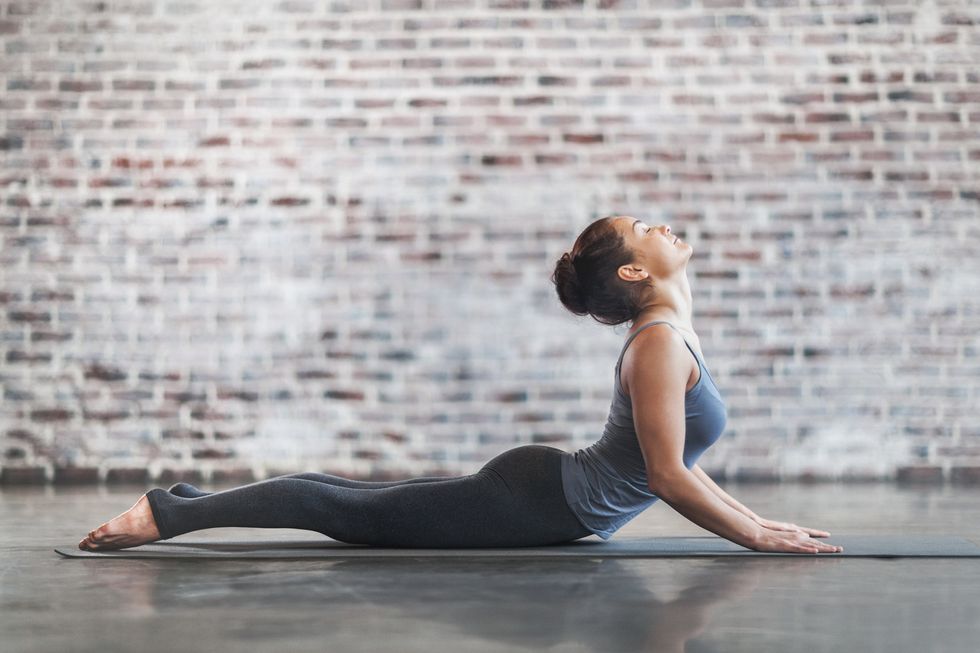 Serious Yoga Injuries, Though Rare, Are on the Rise

More and more Americans have been taking up yoga in recent years—and their rate of yoga-related injuries has also climbed, a new study finds.

THURSDAY, Dec. 22, 2016 (HealthDay News)—More and more Americans have been taking up yoga in recent years—and their rate of yoga-related injuries has also climbed, a new study finds.

Between 2001 and 2014, almost 30,000 Americans visited the emergency department for yoga-related sprains, fractures or other injuries, according to the report.

It's a small number compared to how many people practice yoga, researchers said, and the odds of a serious injury are low.

Plus, the figures reflect only injuries serious enough to warrant a trip to the emergency department. There's no way to count all yoga-related injuries, which would more often be managed in doctors' offices or left untreated, according to Thomas Swain, one of the study authors.

Still, no one is trying to scare people off their yoga mats.

"Overall, yoga appears relatively safe," said Swain, a research assistant with the Center for Injury Sciences at the University of Alabama at Birmingham (UAB).

Beyond that, there are potential gains, he pointed out. Studies have tied yoga to health benefits ranging from lower blood pressure, cholesterol and heart rate, to improvements in depression, anxiety and sleep problems.

Swain's colleague on the study, Gerald McGwin, is himself a yoga practitioner.

McGwin, who directs UAB's Center for Injury Sciences, said he started yoga on the advice of a doctor, to help with a running injury.

What he discovered was that his "hot" yoga class was vigorous and challenging.

And that, according to McGwin, illustrates one point for people who are looking for an appropriate yoga class: There are different styles of yoga, and it's important to know whether you're walking into an intense class packed with advanced poses, or a slower-paced, gentler class.

Going in with the appropriate mindset is also key, McGwin said.

As yoga becomes more mainstream, some people may approach it with the same "competitive" attitude they have in sports or other types of exercise.

"There can be a mindset of, this guy next to me is holding a headstand for 60 seconds, I'll hold it for 61," McGwin said.

Based on other research, yoga is surging in popularity in the United States. In 2007, about 5 percent of U.S adults were taking yoga classes; just five years later, that had almost doubled, to 9.5 percent.

Those numbers alone don't account for the rise in ER-treated injuries though, McGwin noted. It was the injury rate per 100,000 yoga practitioners that climbed in the current study.

But, Swain said, it's possible that the bigger pool of yoga participants includes more "inexperienced" people who are walking into classes that may be inappropriate for their abilities.

There could be other explanations, too, the researchers said—including overly large class sizes and inadequately trained teachers.

But this study can't answer the question of "why," the researchers said.

The findings, published online recently in the Orthopaedic Journal of Sports Medicine, are based on figures from the National Electronic Injury Surveillance System. The federal database collects information from a sample of 100 U.S. hospitals.

The investigators found that sprained joints and muscle strains accounted for 45 percent of the injuries, while fractures accounted for almost 5 percent. In many cases, though, the specific diagnosis was not recorded.

Again, it's not clear why. But, Swain said, it's probably at least partly because older adults are more vulnerable to injury.

As in McGwin's case, some people try yoga on a doctor's advice. However, Swain pointed out, it's not always clear that doctors are fully informed about yoga—including the fact that the content of classes varies widely.

An orthopedic surgeon who was not involved in the study said he routinely sees patients with pain related to flexibility-focused activities like yoga.

Dr. Joshua Harris, who is based at Houston Methodist Hospital, focuses on hip issues in younger adults. Yoga involves a lot of deep hip flexion and rotation—which, Harris said, can create pain for people who (usually unknowingly) have a hip "impingement" due to the shape and structure of the bones that make up the hip socket.

"My advice to people is to start slow, don't push too hard, and find a good instructor who emphasizes proper form and technique," Harris said.

He agreed with McGwin that mindset is important, too. If some other people in class can twist themselves into pretzels, Harris said, recognize that they are the unusual ones.

Flexibility depends greatly on underlying biology, including genes, according to Harris. It's not something that can be forced, he added.

According to McGwin and Swain, safety might also be improved if national standards were set for the many programs across the United States that certify yoga instructors.