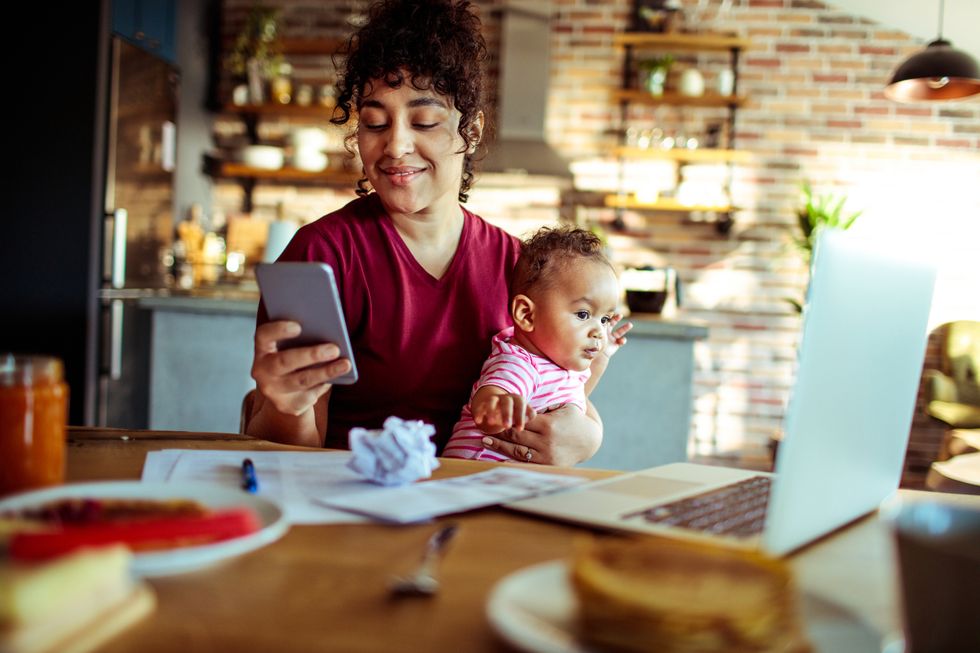 After years of research on the debate about technology’s effect on overall mental health, this psychologist has come to the conclusion that screen time can disrupt a fundamental aspect of our human experience.

Digital technology has been a lifeline during the COVID-19 health crisis. Yet, its impact on human relationships remains complex. It allows for work and connection in many domains, but does so in ways that are often intrusive, exhausting and potentially corrosive to face-to-face relationships.

The debate about technology's effect on overall mental health rages on. Some researchers claim smartphones have destroyed a generation, while others argue screen time doesn't predict mental health at all.

After years of research on the topic, I have come to the conclusion that screen time can disrupt a fundamental aspect of our human experience – paying attention to one another's eyes.

Smartphones, even more than older technologies like television, have been aggressively designed to control and capitalize human attention throughout the day by drawing people's fingers and eyes down to a screen and away from one another. Increasingly, people can't look away.

It's all in the eyes

Human beings are unique among animals – including closely related primates – in our ability to share meaning and collaborate on goals through the coordination of eye gaze.

From the earliest days of life, babies tune into their caregivers' eyes to find comfort and decipher emotion. As they grow, people build on these skills and learn to lock eyes with social partners to communicate and collaborate.

The whites around human eyes are large, making them highly visible to partners. The result is humans are able to track the direction of each other's gaze with exquisite accuracy. Some argue this evolutionary adaptation was fundamental to Homo sapiens' advancement as a species.

Today, with the ubiquity of mobile technology, visual synchrony between people is frequently disrupted. Are humans becoming strangers to each others' eyes – and does it matter?

My colleagues and I studied this question by repeating an experiment developed over 40 years ago called the Still Face.

In the experiment, parents freely play with their young children, but then are instructed to be unresponsive by holding their faces still and inexpressive for a few minutes. This still face period is followed by a period of repair called the reunion, when parents respond normally again.

The three-part experiment – play, still face, reunion – creates a microcosm in which researchers study the broader effects of parental withdrawal and document the importance of repairing social disconnection.

This classic experiment inspired us to conceptualize the impact of screens on the parent-child relationship as one big naturally occurring Still Face. In our study, we modified the still face period so that parents, instead of keeping their faces still, were unresponsive while using a smartphone – looking down, with eyes locked on screens in front of their young children for two minutes. We also asked parents to report on how much time they typically spent on screens at home.

Children became distressed and despondent when they could not connect with their parents. If parents reported spending high levels of time on screens at home, children showed less emotional resilience and greater difficulty reconnecting with parents once the two-minute period was over.

'Phubbing' – snubbing someone for your phone

In a second study, yet to be published, we looked at the power of shared gaze in the context of adult problem-solving. We assigned pairs of adults to work together on a difficult puzzle task. One of the adults in the pair – a research assistant, posing as a participant – continually interrupted the joint work by breaking eye contact, texting and talking on their phone. In the control group, the pair worked together to solve the puzzle without interruption.

Like the study with parents and children, the effects of breaking reciprocity and connection through eye contact were far from trivial. Adults not only found being “phubbed” by their problem-solving partner to be rude, they also showed less happiness, more anxiety and heightened attention to negative rather than positive information in an assessment immediately following the experiment.

Put technology in its place

Screens are not poison, but should be recognized as the interlopers and disrupters they are. Put phones away when with others. Consider it the height of rudeness to have a device out during conversations, meals, meetings or in the middle of family game night.

Human beings have evolved to rely on social cues like eye gaze to learn about self and others in childhood and to communicate and collaborate effectively throughout our lives. Ubiquitous phone use is a threat to this very essential component of our humanity, even in these extraordinary times.