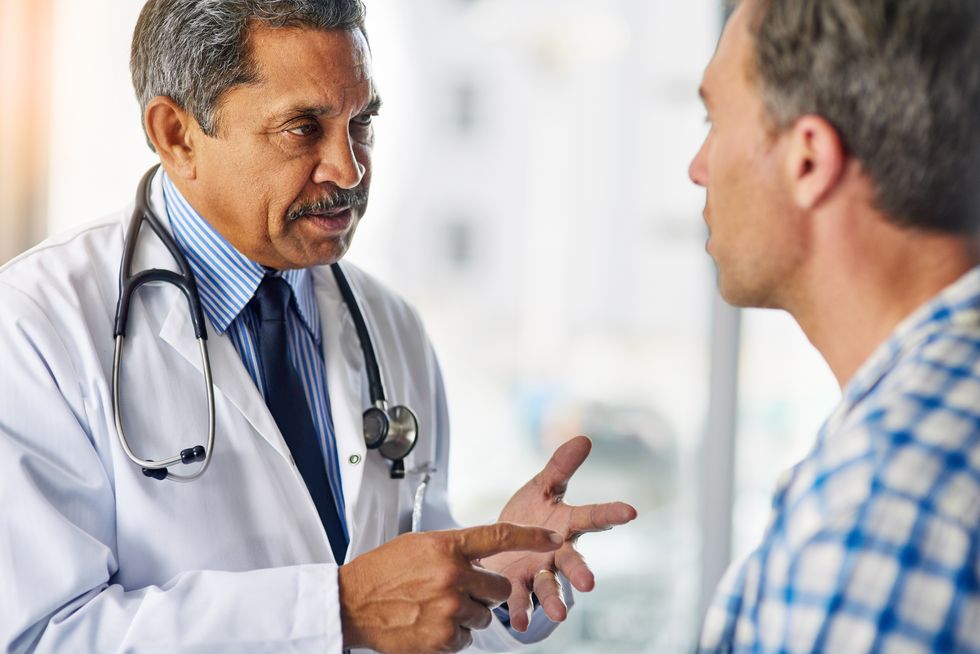 Men with early stage prostate cancer who have surgery to remove their tumor do not live longer than those who receive no treatment at all, a long-running clinical trial has concluded.

THURSDAY, July 13, 2017 (HealthDay News)—Men with early stage prostate cancer who have surgery to remove their tumor do not live longer than those who receive no treatment at all, a long-running clinical trial has concluded.

At the same time, nearly one in three men who had the surgery wound up with long-term complications, such as urinary incontinence and erectile dysfunction, said lead researcher Dr. Timothy Wilt. He is a clinical investigator with the Minneapolis Veterans Affairs Health Care System.

Based on these findings, cancer experts should revise clinical guidelines so most men with low-risk prostate cancer receive no treatment, Wilt said.

Instead, doctors should simply track the progress of their patient's slow-growing cancer by asking about signs and symptoms of disease progression.

"Our results demonstrate that for the large majority of men with localized prostate cancer, selecting observation for their treatment choice can help them live a similar length of life, avoid death from prostate cancer and prevent harms from surgical treatment," Wilt said.

About 70 percent of men newly diagnosed with prostate cancer are in the early stages of the disease, with nonaggressive tumors that have not spread beyond the prostate gland, according to a statement from study co-author Dr. Gerald Andriole, director of urologic surgery for the Washington University School of Medicine in St. Louis.

"These patients have an excellent prognosis without surgery," Andriole said. "This study confirms that aggressive treatment usually is not necessary."

This clinical trial first began in 1994, around the time that a new blood test called the prostate-specific antigen (PSA) revolutionized detection of prostate cancer, the researchers explained in background notes.

In fact, this was the first randomized trial comparing surgery against no treatment since PSA testing became common, Wilt said.

Prior to the PSA test, it was widely known that nearly every man who made it to 90 would have prostate cancer, Lichtenfeld said. However, the cancer would only be found during autopsy, having never had any effect on his health.

"In the PSA era, when we could start finding many more cancers, we made the assumption that every cancer we found had the potential to be a 'bad cancer,' where in fact it's a minority of prostate cancers that will ever cause a man difficulty during his lifetime," Lichtenfeld said. "It's a lesson we knew many years ago but lost sight of along the way."

For the clinical trial, researchers randomly assigned 731 men with low-risk prostate cancer to either undergo surgery or just observation.

In active surveillance, men receive occasional PSA tests, digital rectal exams and prostate biopsies as doctors carefully track the tumor's progress, Wilt said. Observation only involves doctors asking about health problems that may or may not be related to the prostate cancer.

Of the men who underwent prostate cancer surgery, 223 (61 percent) died during as much as two decades of follow-up, compared with 245 men (67 percent) placed on observation. The difference is not statistically significant, the researchers noted.

In addition, 27 men (7 percent) in the surgery group died of prostate cancer, compared with 42 men (11 percent) in the observation group. That difference also was not statistically significant, according to the report.

Dr. Sumanta Pal is a cancer doctor and assistant clinical professor with City of Hope in Duarte, Calif. He said, "In many low-risk patients, prostate cancer can take a very indolent course, so even if left intact, there may be patients who have no significant progression of their disease over an extended time-frame."

Researchers did find that some men with moderately aggressive prostate cancer would live longer if they underwent surgery. These patients, as well as men with high-risk prostate cancer, should discuss the benefits of treatments—such as surgery or radiation therapy—with their doctors, Andriole said.

Lichtenfeld stressed that the "study does not mean that every man with prostate cancer can forgo treatment. What this study says is we have to pay attention to what we find at the time of diagnosis, and then tailor the best treatment for that particular man."

The study was published July 13 in the New England Journal of Medicine.

A conversation with Dr. Mary Jane Minkin on her role in the groundbreaking podcast series, "menopause:unmuted," and her hopes for more women to speak out about menopause