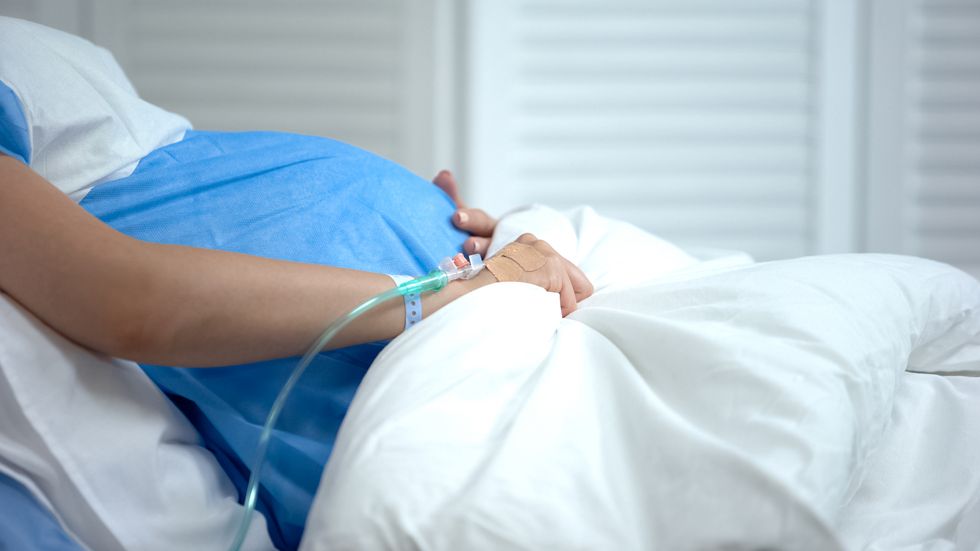 Since 2007, the government had held off on releasing an official estimate of expectant and new mothers who died from causes related to pregnancy and childbirth. It waited for the data to get better. But the new, long-anticipated number falls short.

Since 2007, the government had held off on releasing an official estimate of expectant and new mothers who died from causes related to pregnancy and childbirth. It waited for the data to get better. But the new, long-anticipated number falls short.

Late last month, maternal health experts from around Illinois were videoconferencing in Chicago and Springfield, poring over the files of expectant and new mothers who'd died in the state in 2017. Many of the deaths could have been prevented if only medical and other providers had understood the special risks that women face during this critically vulnerable time.

Then, someone's phone buzzed: The Centers for Disease Control and Prevention had just released its new, long-awaited U.S. maternal mortality rate, a number that had not been updated since 2007, when the federal government decided states weren't doing a good enough job of capturing all of the deaths related to pregnancy and childbirth. It had taken more than a decade for states to implement new procedures, like adding a checkbox to death certificates, to flag pregnant women and new mothers who had died.

Now, here it was, from the CDC's National Vital Statistics System: 17.4 maternal deaths per 100,000 live births in 2018 — an estimated 658 lives lost. It was worse than the last official calculation, 12.7 deaths per 100,000 births, and it placed American maternal health outcomes where experts suspected they would land, worst among wealthy nations, and 55th among all countries, ahead of Ukraine but just behind Russia.

The new U.S. rate was widely assumed to reflect the cutting edge of maternal mortality research. But as the Illinois experts quickly discovered, there were gaping holes. The rate didn't include the types of cases they had been reviewing that day — suicides and drug overdoses, which may not seem like it at first but are often linked to pregnancy and childbirth. It didn't include new mothers who had died more than 42 days after giving birth, missing a huge chunk of relevant deaths. It underestimated the deaths of women 45 and older as well as those whose pregnancies had been overlooked by doctors and coroners.

"I don't think it represents the full story of maternal mortality in this state," said Shannon Lightner, deputy director of the Illinois Department of Public Health's Office of Women's Health and Family Services. "It's not a complete and accurate picture of what's going on."

Bob Anderson, chief of the mortality statistics branch at the CDC's National Center for Health Statistics, agrees: "That particular indicator by itself is certainly not enough on which to make decisions about programs and policy… It's one indicator. It's not the end-all and be-all in describing maternal mortality by any stretch."

There was a reason the rate was so limited. In order to come up with a number that allows the United States to be compared with other countries, the National Vital Statistics System was required to use the World Health Organization's definition of maternal mortality: "the death of a woman while pregnant or within 42 days of termination of pregnancy … from any cause related to or aggravated by the pregnancy or its management." The global standard encompasses the traditional, acute, obstetric causes of maternal death — hemorrhage, infection, blood clots, strokes — but excludes "accidental or incidental" causes, such as overdoses. It's an old-fashioned definition that ignores some of the most important recent findings about why so many American mothers die.

That means that the new rate, while capturing just how poorly the U.S. ranks among other countries, is actually a significant underestimate of the problem. The 42-day cutoff "might be appropriate for other countries," said Dr. Joia Crear-Perry, whose National Birth Equity Collaborative is part of the Black Mamas Matter Alliance. But in the U.S., "the science is showing we really should [consider deaths] out to a year postpartum and not limit our definition to things that happen in the hospital." Indeed, a study co-authored by Crear-Perry shows that in Louisiana, homicides were the leading cause of death for pregnant and postpartum women from 2016-17.

The irony is that the CDC is one of the major drivers of that science. And in virtually all of its efforts, the agency tracks maternal deaths up to a year after the end of pregnancy. The CDC also encourages states to conduct robust maternal mortality reviews of deaths up to a year postpartum, both to understand what's happening to women in different parts of the country and to pool the results to create a national picture of what causes mothers to die and how to protect them. Deaths that are found to be "related" to pregnancy are distinguished from those "associated" with pregnancy — though in many instances, especially for postpartum women, that's a difficult distinction to make.

It was this expansive approach that identified just how dangerous the late postpartum period can be for American mothers. In the U.S., as many as 24% of pregnancy-related deaths are happening from 43 days to 365 days after delivery, according to a CDC report last fall. In Texas, the proportion is closer to 40%. Even the new NVSS data confirms an enormous number of such deaths. Hidden in its report is a calculation for late maternal mortality for 2018: an additional 277 deaths. That brings the CDC estimate for maternal deaths up to a year postpartum to a much higher figure than it reported in the official U.S. rate: a total of 935 lives lost.

The leading medical cause of such deaths is heart-related conditions, which may not be diagnosed for months after childbirth. "If you cut off the rate at 42 days, you're going to miss those," said Judette Louis, chair of the OB-GYN department at the University of South Florida and president of the Society for Maternal-Fetal Medicine. "We need to be studying these cases because that is what will tell us what kind of interventions the moms need after they go home."

Another important way that the U.S. data diverges from international data is when it comes to accidental overdoses and suicides; the later postpartum period — when women are often stressed out, lonely, broke and depressed, with little access to mental health services and drug treatment programs — may be particularly high-risk. "For a woman who has reduced the amount she's taking [during pregnancy], when she goes back to using the same amount she was using before, the chances of overdose is very high," said Dr. Ann Borders, a Chicago-area OB-GYN who heads the Illinois Perinatal Quality Collaborative and sits on the statewide maternal mortality review panel that analyzes these deaths.

In Illinois, one-fifth of all deaths of pregnant women and new mothers in 2014-16 were suicides and overdoses — and medical providers have an important role to play in helping identify at-risk women and getting them help before it's too late. But first they have to see those deaths as just as real a form of maternal mortality as those from hemorrhage or sepsis. "If we're not counting those deaths, we can't prevent them," Borders said. "How we measure maternal mortality will compel us to act or not act."