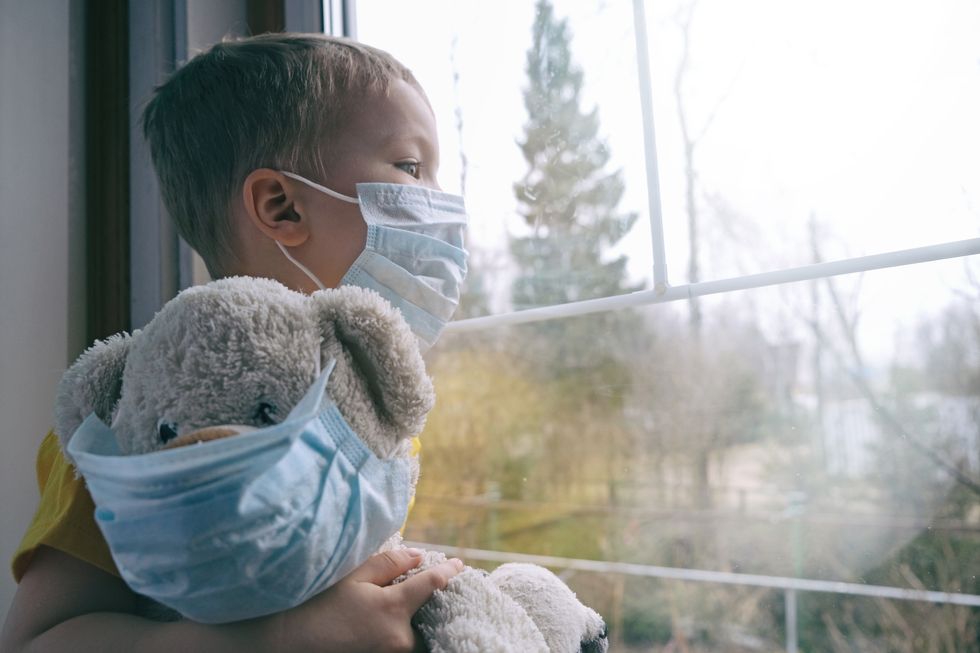 A Mysterious Illness Is Striking Children Amid the Coronavirus Pandemic – but Is It Kawasaki Disease?

A Mysterious Illness Is Striking Children Amid the Coronavirus Pandemic – but Is It Kawasaki Disease?

Critically ill children have been ending up in intensive care units with shock-like symptoms in recent weeks, adding yet another mysterious layer to the coronavirus pandemic.

By Mark Hicar, University at Buffalo, The State University of New York

Critically ill children have been ending up in intensive care units with shock-like symptoms in recent weeks, adding yet another mysterious layer to the coronavirus pandemic.

New York health officials began issuing alerts on May 4, describing young patients, ages 2-15, with inflammation in multiple organ systems and features of Kawasaki disease, a childhood illness of unclear origin. They raised the count to 64 suspected cases on May 6.

A few days earlier, officials in the United Kingdom notified doctors of similar cases there, also describing them as having features similar to Kawasaki disease and toxic shock syndrome. Several of the children had tested positive for COVID-19.

Drawing connections to Kawasaki disease, however, may be premature. Although there are some similarities between the illnesses, there are also many differences.

My clinical practice is as a pediatric infectious disease physician. I also do biomedical research using the body's immune responses, particularly the antibodies produced, to help find the cause of illness and to help design vaccines. Our group has been collecting samples from Kawasaki disease cases for years. With the COVID-19 pandemic, we responded to the call for researchers and began developing tests to assess the antibody response during COVID-19.

When we started on this path, I did not think these interests would overlap so directly. However, with recent reports of certain COVID-19 cases looking like Kawasaki disease, we are now running tests to see if there is a similar immune response between COVID-19 and Kawasaki disease cases.

Kawasaki versus the new illnesses

Kawasaki disease is an inflammatory condition in children who develop a prolonged fever, inflammation of the mouth and lips, rash, swelling of the hands and feet, inflamed eyes, and lymph node swelling that typically is only on one side of the neck. There can also be incomplete cases that do not have all these symptoms.

Kawasaki disease can have serious consequences: Roughly one-quarter of children diagnosed with it will have inflammation in the vessels that feed the heart, and rarely children will present with heart attacks or shock and need prolonged intensive care.

Unfortunately, we don't know what causes Kawasaki disease. A litany of viruses, bacteria, fungi and environmental factors have been proposed in the past, including other members of the coronavirus family. Despite not knowing what causes Kawasaki disease, we have found that timely treatments with pooled human antibody preparations – intravenous immunoglobulin, or IVIG – can significantly reduce the heart vessel inflammation.

For the new COVID-19-associated cases showing a significant inflammatory response, many of the reports reflected in the media and public health announcements have not been published in medical journals. Instead, details have been shared among the medical community in conference calls, message boards and online meetings.

Only one case I know of describing Kawasaki disease associated with COVID-19 has been published. This case, like many of the cases being discussed informally, had no cardiac vessel involvement and lacked a number of clinical symptoms of classic Kawasaki disease.

Some overlap, but different symptoms

There are a number of reasons why the new COVID-19-associated inflammatory disorder and Kawasaki disease seem to be different entities.

Although there is some overlap, these COVID-19-associated cases have fairly different laboratory results. There also tends to be more severe abdominal pain, nausea and vomiting in new cases than would be usual for Kawasaki disease.

The impact on the patient's heart is focused more on the vessels in Kawasaki disease. The COVID-19-associated cases, in comparison, are globally dysfunctional with only a few describing any vessel inflammation.

The annual case count of Kawasaki disease is also much higher in Asian countries, particularly in Japan, where it is roughly 10 times the rate in North America. I would have expected an association to be described during the first reports of the pandemic, but informal reports from Japan and China don't appear to describe this severe inflammation in children.

That being said, some children with Kawasaki disease will test positive for the new coronavirus. In North America, there are estimated to be 5,000-6,000 annual cases of Kawasaki disease. Overlaying more than 1 million cases of COVID-19 throughout the United States, there will be some overlap.

What we still need to learn

Reports about these new pediatric COVID-19-associated cases are very preliminary. We will learn more as research and details about ongoing and future cases are compiled by the medical community and published for more complete review.

Perhaps studying these new cases will shed much needed light on the cause of Kawasaki disease, a disorder that has perplexed pediatricians for a half-century. As both conditions appear to incite a large inflammatory response in certain children, continued research is needed to provide the "how" for the new COVID-19-associated cases and the "what causes it" for Kawasaki disease.

States such as New York are making the right move by formally gathering data on severely inflamed children during this pandemic, as proper treatments for these new COVID-19-associated cases need to be found.

This article was updated with new numbers from the New York Department of Health.