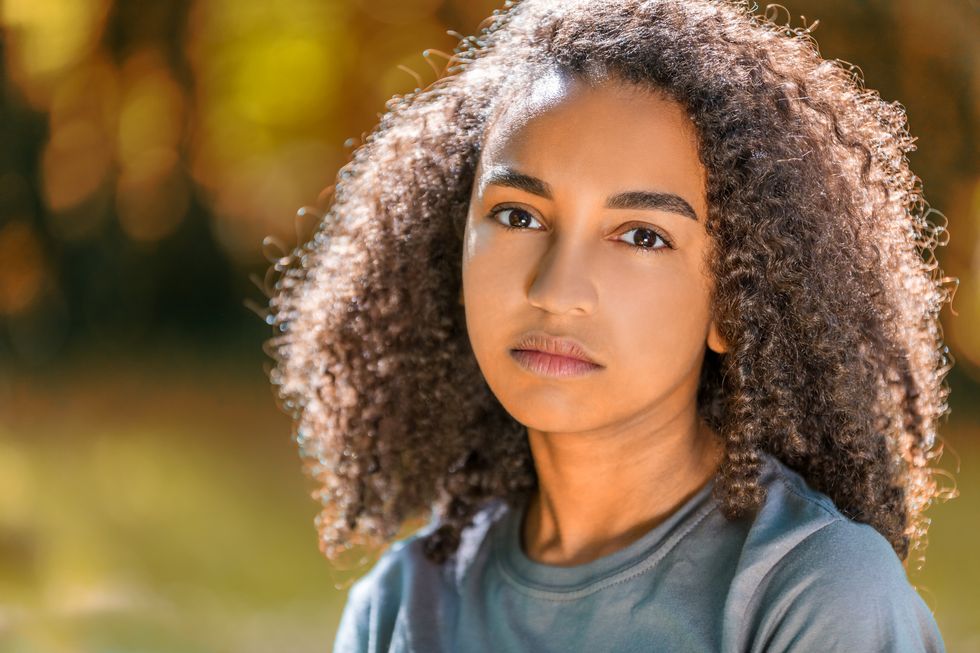 Mental Health in the Teen Years

Due to raging hormones and more, teenagers are one of the most vulnerable populations when it comes to mental health issues.

Good health means more than simply being in shape and eating properly. Mental health, which includes thoughts and feelings, is just as important as physical health.

Due to raging hormones, social media, mean girls, and a variety of other factors and pressures, teenagers are one of the most vulnerable populations when it comes to mental health issues. Depression, anxiety, and eating disorders are some of the most common mental disorders in teens.

It's important to recognize mental health conditions in teenagers because the earlier they get treated, the more likely teens are to have the problem under control by the time they reach their adult years.

As parents and caretakers of teenagers, we need to be on the lookout for signs of mental health issues and keep the lines of communication open between ourselves and our teens.

Various situational things may make your teenager sad or get her down—for example, if someone makes fun of her clothes or if she didn't do well on a test for which she thought she was prepared. But if she is constantly feeling down or upset about something, she could be depressed. Depression is a mental illness, but it is treatable once it is accurately diagnosed.

Give your teenager the following quiz:

If you answered "yes" to several of these questions, talk to someone about getting help. This person could be a teacher, a coach, your parent, an older sibling or someone else you trust, but talk with someone. Take a few minutes to make a list of people you can talk to.

Depression, if untreated, may cause you to feel like hurting or killing yourself. Suicidal feelings are a very real problem that should be taken seriously.

Some level of worrying is normal in teenagers. After all, teens juggle a lot, between sports, friends, school, and preparing for adulthood. But teens with generalized anxiety disorder (GAD), the most common type of anxiety, persistently and excessively worry about numerous different things, including health, family, work, money, friends, and other issues. They may worry more than seems reasonable about actual events, or they may expect the worst even when there is no real cause for concern.

Give your teenager the following quiz:

If you answered "yes" to several of these questions, talk to someone about getting help. This person could be a teacher, a coach, your parent, an older sibling or someone else you trust, but talk with someone. Take a few minutes to make a list of people you can talk to.

Suicide is the second leading cause of death for people ages 5 to 24. According to the 2007-2017 United States Centers for Disease Control and Prevention Youth Behavior Risk Survey, 22.1 percent of girls and 11.9 percent of boys had thought about committing suicide in the past year, and 7.4 percent had trie. If you suspect your teenager is thinking about suicide, talk to someone—there are lots of ways to help teens feel better when they are depressed and/or suicidal.

If this person is you, your friend or family member, reach out for help and do not keep quiet. Suicide is preventable, but you must act quickly.

If you think your teenager is suicidal, do the following (and if you are an adolescent yourself, it is important to involve an adult first):

These days, many teenage girls express dissatisfaction with their bodies. According to National Eating Disorders Association (NEDA), at any given time, 0.3 to 0.4 percent of young women and 0.1 percent of young men suffer from anorexia. And young people between the ages of 15 and 24 with anorexia have 10 times the risk of dying compared to those of the same age without the eating disorder.

And the obsession with weight starts early—the NEDA reports that by age 6, girls start to express concerns about their body weight. In fact, 40 to 60 percent of elementary school girls ages six to 12 are concerned about their weight or about becoming fat.

This preoccupation with appearance and weight can become extreme and develop into an eating disorder. An eating disorder is a serious mental illness during which a person takes drastic measures to control his or her weight. Although the popular press paints eating disorders as affecting only girls, they can also affect boys, with the same devastating consequences.

Bulimia is a disorder in which a person eats larger amount of food than he or she normally would in an uncontrolled manner, and then does something such as force him or herself to vomit, use laxatives, or exercise excessively, to prevent weight gain. This is often referred to as "bingeing and purging." A person with bulimia is typically of average weight or overweight. Bulimia can be very dangerous, especially if the teen forces vomiting regularly—this can disrupt normal blood chemistry and can cause problems with vital organs such as the heart.

Anorexia nervosa is another eating disorder. A young person with anorexia nervosa has a distorted body image and sees him or herself differently than the rest of the world does (often at a much larger size than he or she really is) and has an intense fear of gaining weight. This person usually diets severely and loses a large amount of weight. The person often denies that there is a problem or that she or he is too thin. Females with anorexia who lose a significant amount of weight often stop menstruating.

Other eating disorders include binge eating disorder (bingeing without purging), which is strongly linked to obesity. Additionally, obesity is affecting young people at alarmingly increasing rates and, along with smoking, is a leading contributor to serious health problems such as heart disease and diabetes among adults.

Again, like many of the other topics discussed in this article, if you or anyone you know has either condition, seek help from your health care professional.

Teenage girls and college-age women—and increasingly teenage boys and young men—are especially prone to developing eating disorders, mental illnesses characterized by a dangerous obsession with losing weight or staying thin. Teens with eating disorders may starve themselves (anorexia nervosa), or they may binge on food and then throw up or exercise excessively or take laxatives to purge themselves of the food (bulimia). How can you tell if a diet has progressed to something dangerous? Here's an overview of the signs and symptoms of anorexia, bulimia, and binge eating disorder:

Teens with anorexia nervosa starve themselves because they have a distorted body image and believe that they are overweight even when they aren't. They have an irrational fear of becoming fat and are obsessed with food and weight control.

Bulimia nervosa is characterized by binge eating—the frequent consumption of large amounts of food in a short period of time. A person with bulimia often feels ashamed and/or guilty after binging and as a result "purges" by making himself or herself vomit, using laxatives or other medication to control weight, exercising excessively or fasting. A person with bulimia usually has a normal or a somewhat above normal weight.

People with binge eating disorders also compulsively overeat. However, they do not regularly purge and are often overweight. Some people may overeat throughout the day rather than binging sporadically.

Self-esteem is the way a person thinks about herself. The foundation for positive self-esteem is built at an early age and is influenced by relationships between family members. An individual's feelings about herself will change as she gets older. Praise and criticism from parents, friendships at school and attitudes from teachers will continue to affect a person from preschool through high school. Persistent criticism, teasing and failures can make a teenage girl feel worthless. Praise, support and finding something she is good at can help her develop confidence in herself.

That confidence, or lack of it, may affect decisions made during puberty. All kinds of peer pressure and outside influences can guide a teenager and affect her decision-making process. Self-esteem also affects those decisions, whether it's about playing one sport over another, who to hang out with, which electives to take in school or other situations such as smoking, drinking or deciding to have sex.

As a teenager's body changes, she may feel unattractive, awkward or even ugly. But she can change the way she feels about herself—and the way other people perceive her—just by changing the way she thinks. First of all, if you are worried that your teen's weight, height or anything else is unhealthy, talk to your health care professional. If everything is OK physically, you can begin dealing with the image problem.

Encourage your teen to accept the fact that there are many things that make her a unique person—her eye color, skin shade, height, facial shape—that cannot be changed. And note, as you watch television and movies, or people, that people come in all colors, shapes and sizes, and that many girls and women who are not supermodels are, in fact, loved and adored for who they are.

If your teen does want to make a change, such as losing weight, encourage her not to set unrealistic goals ("I want to be a size five," or "I want to lose 50 pounds in three months"). Instead, help her set realistic goals you both know she can achieve, such as exercising for at least 30 minutes most days of the week and eating healthfully. The pounds will come off, and she'll enjoy a feeling of success each time she meets a goal. Consider talking with a health care professional for more information about healthy weight loss.

Give the following tips to your teen, if you suspect she's struggling with body image issues or poor self-esteem:

When your inner voice starts putting you down, counter those comments with positive or neutral ones.

Sidebar: Signs of Depression and Anxiety in Teenage girls

If your teen has one or more of these symptoms and you suspect she might be depressed, talk to a health care professional as soon as possible.

When the word "abuse" is used in conjunction with teenagers, drug or alcohol abuse is often what comes to mind. But there are several kinds of abuse, many of which do not involve a decision made by the adolescent. There is also physical, sexual, verbal and psychological or emotional abuse.

Physical abuse is hitting, slapping, beating, cutting, burning or some other type of physically harmful assault.

Sexual abuse is unwanted or coercive sexual contact; it also can involve someone being forced to watch sex acts or to look at or take part in pornography.

Neglect, such as a parent not providing adequate food, clothing and shelter, or exposing a child to environments where unsafe behaviors occur, is also abusive.

Anyone—rich or poor—can be a victim of abuse. And the abuse can come from many sources—a parent, an older sibling, a teacher, a coach or school administrator, a boyfriend or girlfriend, a neighbor, a peer, a boss or anyone. If you or someone you know is a victim of abuse, call the National Child Abuse Hotline at 1-800-4-A-CHILD (1-800-422-4453) for help.

Dating and Sexual Health in the Teen Years

Paving the Way for Puberty: A Guide for Parents of Teenage Girls

Parent Alert! Your Kid May Be Vaping More Than Tobacco