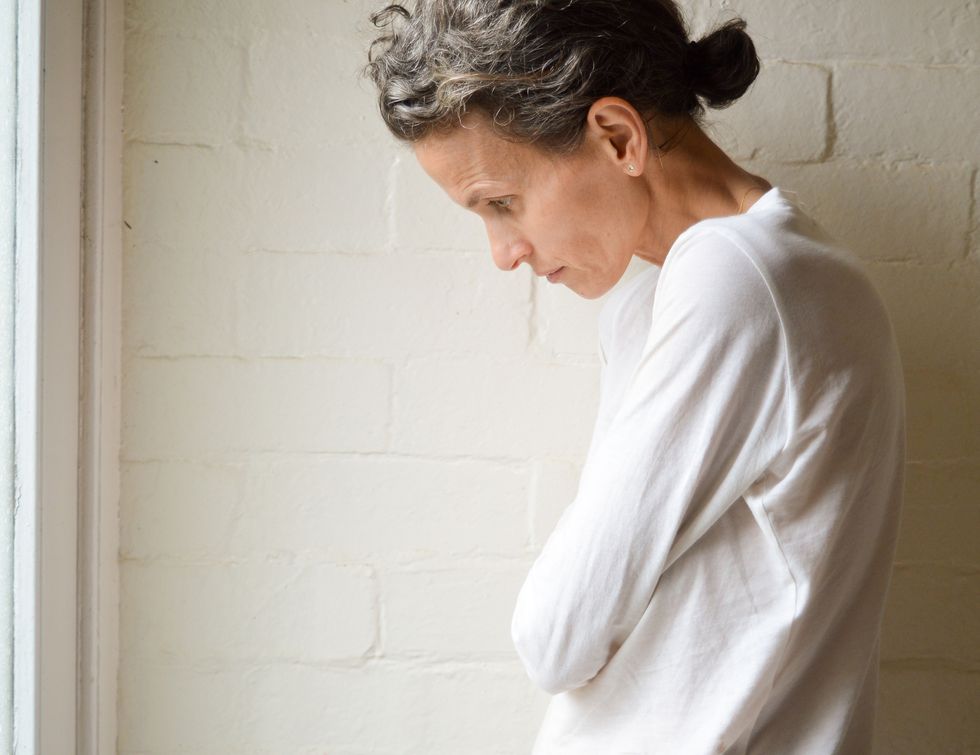 Research finds that eating disorders peak during "critical or sensitive" periods of reproductive hormone change, such as puberty. And since menopause is sort of like puberty-in-reverse, changes in estrogen can make women more vulnerable to eating disorders during menopause, too. Both eating disorders and dissatisfaction with body image are on the rise among midlife women, experts say.

What are eating disorders all about, anyway?

An estimated 20 million women in America will have an eating disorder—set off by a preoccupation with body weight, food and their shape—at one point in their lives.

It's not as simple as not wanting to eat: The causes of eating disorders are complicated and interwoven, encompassing biological, psychological and sociocultural dynamics.

For many people, an eating disorder is a way to gain control when things are out of control. Eating-disorder-think: I can't control all my anxiety and stress, but I can control my body.

But eating disorders are not reserved for adolescents. While the behaviors and symptoms of eating disorders may be similar across the board—restricted eating, bingeing and purging—the context can be very different for women in midlife, says the National Eating Disorders Association.

Remind me why this is happening to women around the time of menopause?

Some researchers think that eating disorders can be triggered by hypersensitivity to the fluctuations of estrogen. This, combined with social pressures, can create a "perfect storm," for an eating disorder to develop, they say.

Let's just say you're a woman around menopause. You probably already know that those years are rife with things and events that can trigger anxiety and stress, such as:

So, eating disorders basically result in the same behavior no matter what your age—like eating very little, eating too much and then purging. Tell me what else is different for midlife women—what they have to deal with (beyond the obvious).

Well, for one, many women may feel embarrassed or ashamed that they're dealing with a "teenager's issue." They may think they should know well enough to get past that, or they should just "get over it."

As a result, they may resist seeking treatment. And it's possible that their growing list of responsibilities in life makes it difficult to take the time to seek treatment.

Yep. Big ones: They're potentially life-threatening, affecting both emotional and physical health. Eating disorders can affect the cardiovascular, gastrointestinal, neurological and endocrine systems in your body. Meaning, they can put you at risk for things like heart attacks, bacterial infections, pancreatitis, malnutrition and more, and they wreak havoc with your concentration, sleep, thyroid hormones and metabolic rate.

That all sounds very serious. What kinds of age-related complications do women in midlife have to worry about?

And the longer an eating disorder goes on, the worse the cardiac, bone, dental and other effects it has on your body.

Yes. There are some things women are already dealing with during menopause that an eating disorder can make even worse.

If what you mean to say is that having more life experiences and insights to draw on may help with the treatment, experts do bring this up. That is, the older we get, the wiser we are, and it's more likely we'll be aware of the harmful effects of this type of behavior. And this growing awareness, experts say, has led to more treatment options.