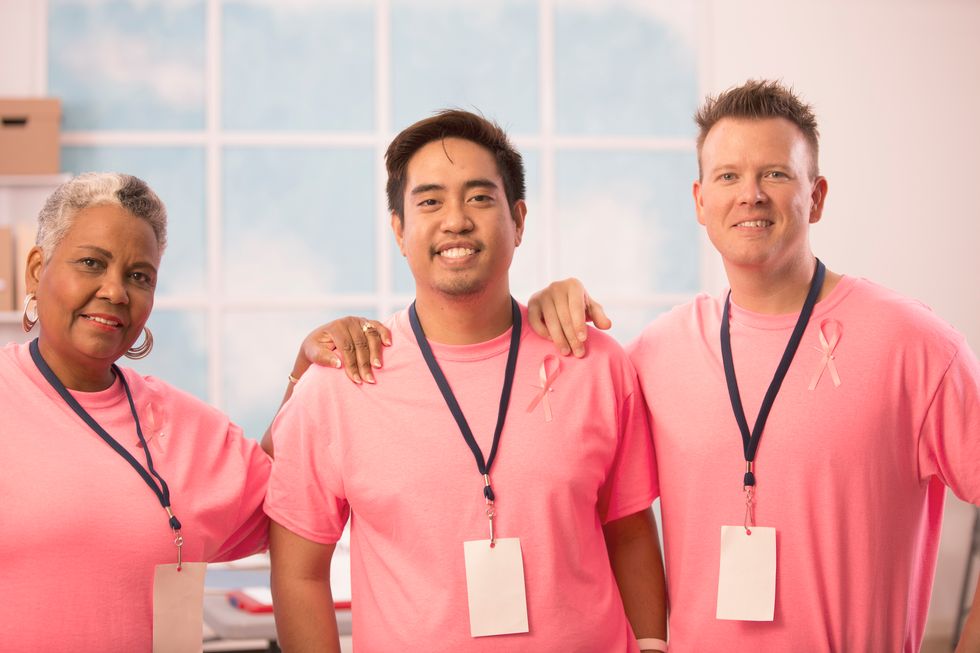 Men Are at Risk for Breast Cancer, Too

Breast cancer is not just a women's disease. Though rare in men, male breast cancer does occur, and the symptoms are similar to women's and should not be ignored.

Breast cancer is not just a woman's disease, and public proof of that recently occurred when Beyonce's 67-year-old father, Mathew Knowles, announced that he underwent a mastectomy in July after noticing a bloody discharge from his nipples and a mammogram revealed stage 1A breast cancer.

Although it's very rare—responsible for less than 1 percent of all breast cancer cases—male breast cancer is a reality. In 2019, the American Cancer Society estimates that about 2,670 new cases of invasive breast cancer will be diagnosed in men, and about 500 men will die from breast cancer. About one in 833 men are at risk of getting breast cancer in their lifetime, which on average is diagnosed at about age 72.

Unlike women's breasts, men's breasts don't contain functional milk ducts and glands where breast cancer commonly to begin to develop, but men's breast tissue does contain cells that can become cancer and spread to other areas of the body.

Beyonce's father's breast cancer was attributed to a BRCA2 gene mutation. Men with a BRCA gene mutation have an increased risk of breast, prostate and pancreatic cancers, in addition to melanoma—significantly more than the general population. An article in The New York Times revealed that both Knowles and his former wife each lost family members to breast cancer. It's especially important to know your family history in male breast cancer, since it's so rare.

The American Cancer Society's recommendations for men who should consider genetic counseling and testing can be accessed by clicking here.

Men with BRCA gene mutations should aim to reduce their risks of other cancers by having regular and comprehensive screening. They should also maintain a healthy weight, exercise regularly, avoid or limit alcohol and not smoke.

Yet, even if a male has no family history of breast cancer (or tests negative for a BRCA mutation), there are important things for every man to know.

Heavy drinking and radiation exposure to the chest can increase the risk of developing breast cancer. So can the use of hormone therapy for men with prostate cancer as well as obesity and having certain testicular conditions (like an undescended testicle, having mumps as an adult or having one or both testicles surgically removed).

Not all types of breast cancer cause a lump in the breast. Other symptoms men should watch for include:

Because awareness around breast cancer is lower for men, and many men delay diagnosis and treatment, men with breast cancer have a higher mortality rate than women. Though many men might feel embarrassed to get checked, they shouldn't hesitate if they experience any symptoms, many of which are similar as those for women.

Tests for breast cancer in men are the same as for women. Cancer can be detected through a mammogram, ultrasound, nipple discharge test or breast biopsy.

Early detection is key, because it can increase treatment options and reduce the risk of dying from breast cancer.