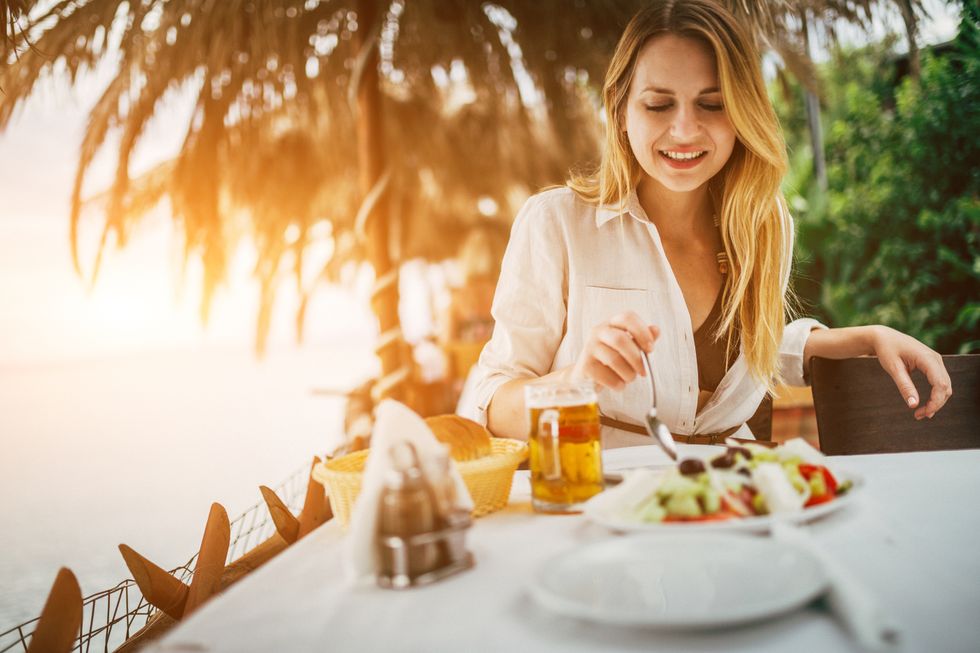 Mediterranean Diet May Cut Stroke Risk for Women, But Not Men

Mediterranean Diet May Cut Stroke Risk for Women, But Not Men

The Mediterranean diet may do more than help you reach and maintain a healthy weight.

THURSDAY, Sept. 20, 2018 (HealthDay News) -- The Mediterranean diet may do more than help you reach and maintain a healthy weight: New research suggests that women who follow it also lower their stroke risk.

READ: What Is the Mediterranean Diet?

But men did not reap the same benefit from the diet, which concentrates on fish, fruits, nuts, vegetables and beans, and avoids meat and dairy products.

"Simple changes in dietary habits may bring a substantial benefit regarding reducing stroke, which remains one of the leading causes of death and disability worldwide," said lead researcher Dr. Phyo Myint. He is clinical chair of medicine at the University of Aberdeen School of Medicine in Scotland.

Although the Mediterranean diet is considered healthy, this study could not prove that the diet itself caused stroke risk to drop.

But, "it is widely acknowledged that men and women are very different with regard to normal physiology," he added.

Women have unique stroke risk factors that include using oral contraceptives or hormone replacement therapy. And during pregnancy, having preeclampsia and gestational diabetes are considered risk factors for stroke, Myint pointed out.

"It may be that certain components in the Mediterranean diet may influence risk of stroke in women more than in men," he said.

For the study, the investigators collected data on more than 23,000 men and women, aged 40 to 77, who took part in a large cancer study. The participants were followed for 17 years.

The researchers found that, overall, those who followed a Mediterranean diet cut their risk for stroke 17 percent. When looking at men and women separately, however, women saw a reduction in risk of 22 percent, while men saw a 6 percent drop in risk. The risk reduction among men, however, might be so small that it is a "chance" finding, the scientists added.

Moreover, among those with a high risk for stroke, the risk was lowered 13 percent for those who followed a Mediterranean diet, the findings showed. This association, however, was mainly due to a 20 percent reduction in risk among women, the researchers found.

The findings were published online Sept. 20 in the journal Stroke.

According to Samantha Heller, a senior clinical nutritionist at NYU Langone Medical Center in New York City, "The Mediterranean eating style, which has great variations among several different cultures, is characterized by foods high in anti-inflammatory compounds, including fiber, vitamins, minerals and healthy plant compounds."

Previous research has suggested that the Mediterranean diet reduces the risk of heart disease, type 2 diabetes, certain cancers, obesity and declines in thinking skills, she said.

"In contrast, the typical Western diet is high in foods that increase inflammation, such as burgers, hot dogs, steak, butter, sodium, sugary beverages, fried foods, fast and junk foods, all of which have been associated with increased risks of chronic diseases," she said.

Heller suggests skipping the ham and cheese on white bread with mayo for lunch, and instead trying hummus on whole wheat pita with cucumbers and tomatoes. For dinner, try going meatless a few nights a week with a pasta primavera, roasted vegetables, Greek salad, quinoa and lentil-stuffed lettuce wraps, she added.