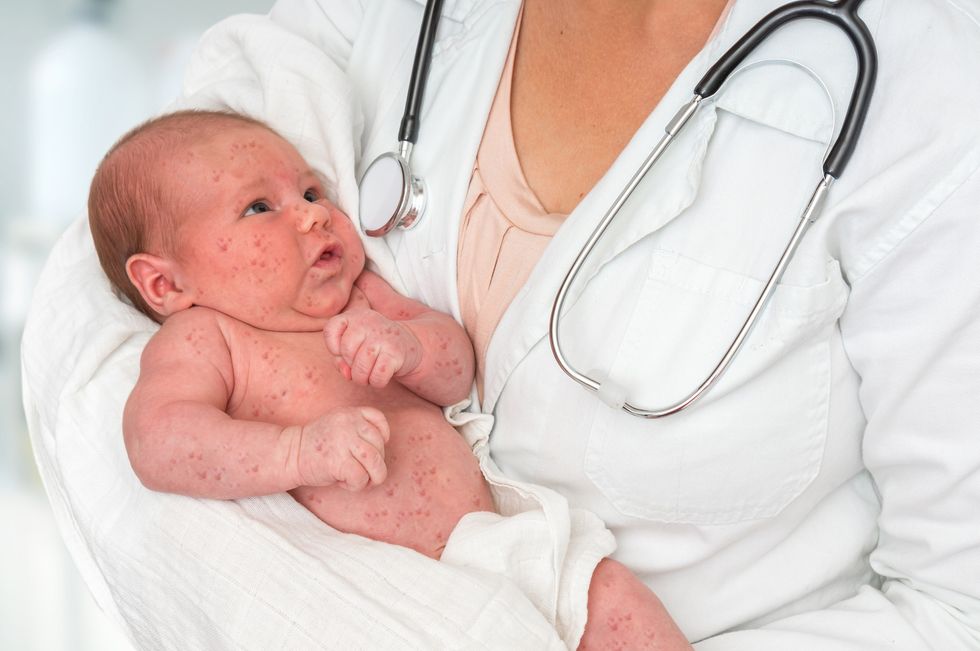 Measles Outbreak: What You Need to Know Now

With the current measles outbreak in the U.S., it's important to know whether you are immune and to be able to recognize the risk factors for measles and the symptoms.

You've read the headlines and you can't believe it. Could measles really be coming back? Most people have been vaccinated and are immune to measles, which means that they can be exposed to someone with an active, contagious measles infection and not get it.

Measles is a virus and can be spread easily from exposure to the infected droplets from coughs and sneezes from someone infected.

A person can be infectious four days before they develop the typical measles rash and can unknowingly pass the infection on to others. The measles virus can remain infectious in the air up to two hours after the infected person leaves the area.

Most adults have been vaccinated but aren't sure if they're still immune and need a booster. Learn more about Do Adults Need a Measles Booster Shot? Or maybe you're not sure if you were vaccinated.

What should you do? First, don't panic. Get the information you need right here.

When is measles contagious?

People are contagious four days before the rash starts through the first four days of the rash.

Who is most at risk?

People at high risk for a severe measles infection and complications are:

When is measles dangerous?

In a few rare cases—about one person in 1,000—the person with measles will develop a severe brain infection, known as encephalitis, which can lead to brain damage and death.

Before the measles vaccine was available in 1963, there were about 500,000 people who contracted measles and about 500 people died each year.

Why is this happening now?

The outbreaks of measles that are occurring now are among people who were not vaccinated or whose immunity has diminished.

Unfortunately, there are people who do not believe that vaccines for measles and other illnesses are necessary. Some believed that the vaccine caused autism in children, a myth that has been disproven over and over again and again.

The current outbreak likely began with people from countries with low vaccination rates traveling to the U.S. carrying the infection. They mingled with many others in places like amusement parks and public transportation.

Unvaccinated people were exposed to the virus through droplets in the air and developed the measles. Because they did not show symptoms immediately, they returned to their communities and infected others.

Suspect measles, if there's a high fever and:

Nurse Barb's tips:  If you're concerned, don't know if you're immune or are going out of the country, ask your health care provider to order a measles titer for you. I just had mine done because I'm traveling to volunteer in Tanzania where there are many more cases of measles than other countries.

If you need a booster, you'll most likely receive the MMR, which will boost your immunity to measles, mumps and rubella.

Measles vaccine
The measles vaccine is highly effective and is safe for adults and children. There is no association with autism. This has been proven countless times.

This blog originally appeared on Nurse Barb. Barb Dehn is a women's health nurse practitioner, award-winning author and nationally recognized health expert. She practices with Women Physicians in the Silicon Valley of California.