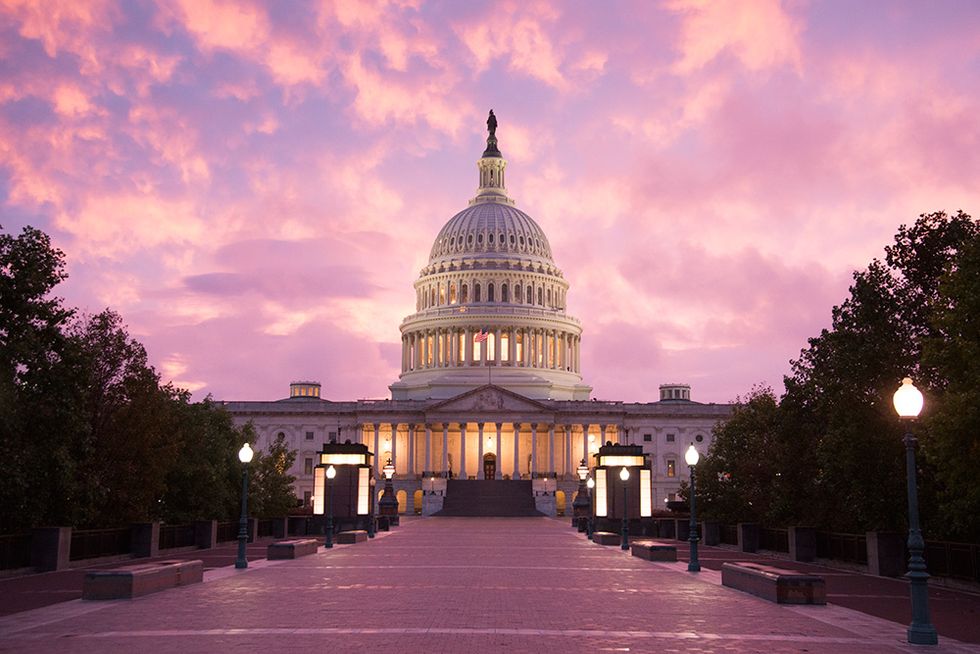 Keep the Care: HealthyWomen's Call to Action on Capitol Hill

HealthyWomen hosted a Capitol Hill briefing on July 20. Here are the highlights.

On Tuesday, July 25, the Senate voted 50-50 to advance to a floor debate on their efforts to repeal and replace the Affordable Care Act (ACA). Fifty-five million women across the U.S. now face a daunting reality: access to 26 preventive care services could be gutted under any changes that come from repealing current health care policy.

Access to women’s preventive care saves lives. That’s why HealthyWomen hosted a Capitol Hill briefing on July 20 -- the day after the collapse of the Senate’s health care bill and merely five days before the Senate vote -- to fight against repealing the ACA and to put pressure on Congress to protect women’s equal and affordable access to preventive care.

Dr. Miller opened the briefing by reminding us why health and health care matter, especially for women: better economic growth and employment readiness, and healthier families and communities. Besides explaining that the ACA changed the business model for insurers from one of avoiding risk to one that manages risk, he also highlighted the importance of the Medicaid program to women's health: one of every six women ages 18 to 64 uses Medicaid, and nearly half of all U.S. births are covered by Medicaid. While the future of health care legislation remains unknown, a motion currently in Congress has the potential to affect every state's Medicaid program and the individual insurance market.

Providing the real-world perspective for African American women, Ms. Goler Blount noted that because the uninsured rate dropped by 42 percent since the ACA’s implementation, 88 percent of African-American women now receive checkups, counseling and health screenings and the number of women of color who filled prescriptions for oral contraceptives (with no co-pay) more than quadrupled from 1.2 million in 201 to 5.1 million in 2013. As a result, more women have taken control of their reproductive health and plan their families, which significantly lowers their risk of living in poverty with their children. And, without the ACA, Ms. Blount noted, we could lose 20,000 to 24,000 more African-American women each year to preventable diseases.

Equally important is not losing the health gains made by Latinas under the ACA.

According to Dr. Rios, 88 million Latinas now have preventive care without co-pays, which includes screenings for the diseases for which Latinas are most at risk—cervical cancer, gestational diabetes and type 2 diabetes, and later stage breast cancer. The current law's emphasis on preventive care is also responsible for a 25 percent decrease in delayed care or lack of care among Latinas.

Because women can’t sit on the sidelines, HealthyWomen launched the Keep the Care campaign with MSLGROUP earlier this year to raise awareness about the 26 preventive health services mandated by the ACA and what's at stake if we lose them. (See list of preventive services below.) Our goal is to equip women and stakeholders with the advocacy tools to press lawmakers and insurers to ensure continued no-cost coverage of women's preventive care.

The Senate vote on July 25 only fuels our fight. The ACA has improved women's health and their lives. We cannot return to an era where the unique health needs of half the U.S. population go unrecognized. Congress must protect coverage at no cost for the 26 preventive care services that serve one ultimate purpose: keeping women healthy.

We’re stronger in numbers. Every voice counts as we, together, press forward in our fight to Keep the Care. Take action: Contact your Senator and keep in touch. It’s never been more important.

Under current law, the following 26 preventive services for women are covered without co-pay or deductible: