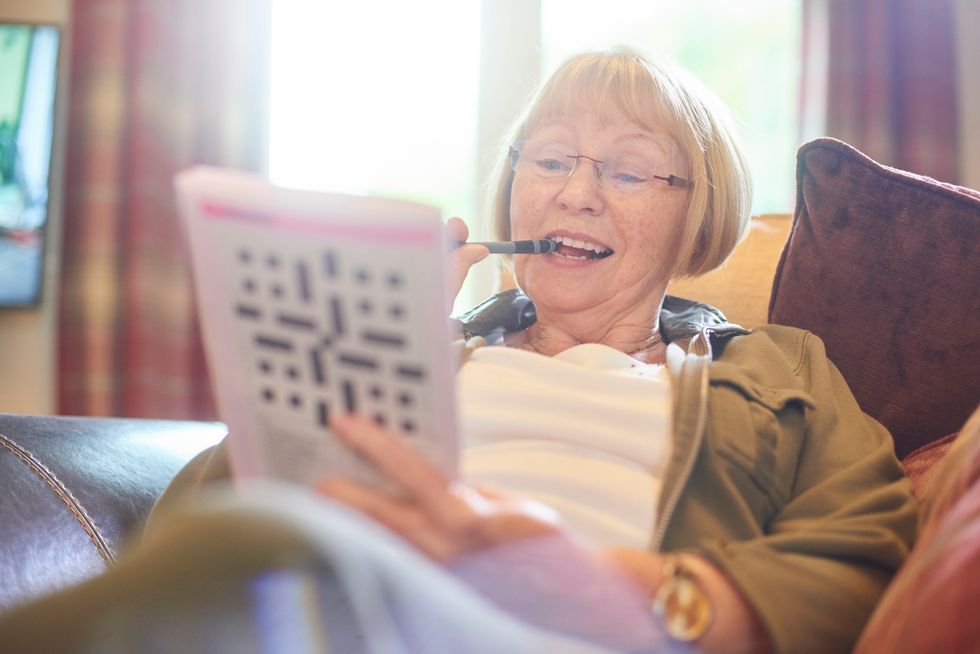 How Puzzles and Games Might Help Your Aging Brain

Those Sunday crossword puzzles may not prevent the aging brain from slowing down -- but they might protect it in a different way.

MONDAY, Dec. 10, 2018 (HealthDay News) -- Those Sunday crossword puzzles may not prevent the aging brain from slowing down -- but they might protect it in a different way, a new study suggests.

READ: It's Time for Women to Get Brain Healthy, Too

Researchers looked at the "use it or lose it" theory on brain health. The concept holds that mentally engaging activities -- from reading to crosswords to board games -- may help the brain resist dementia later in life.

In this study, older adults who said they enjoyed those pastimes were no less likely to show signs of mental decline over time, versus other older folks.

But they did, on average, score higher on standard tests of mental sharpness. That means that while they did decline over time, they did so from a higher "starting point," the researchers explained.

"The results indicate that a lifetime of engagement lifts you to a high point from which you decline, and that can be considered as passive cognitive reserve," said lead researcher Roger Staff, of the University of Aberdeen in Scotland.

"Starting from a high point," he said, "will mean that the threshold at which you are considered impaired will be farther into the future."

"Cognitive reserve" can be seen as the brain's ability to find alternative ways to get things done. In theory, a person with greater cognitive reserve may be able to withstand pathological changes in the brain for a longer time before showing signs of dementia.

"The idea is that yes, you'll decline -- but the higher the level you start from, the more years you'll have with good functioning," said Keith Fargo, director of scientific programs and outreach for the Alzheimer's Association.

Fargo, who was not involved in the study, saw the results in a positive light -- agreeing that they support the cognitive reserve hypothesis.

However, he said, they do not actually prove that study participants' penchant for puzzles directly boosted their brain power.

That takes "intervention trials," Fargo said -- where people would be randomly assigned to engage in certain mentally stimulating activities or not.

The Alzheimer's Association is launching a trial, dubbed POINTER, that will test the effects of mental stimulation along with other lifestyle changes -- including exercise, social engagement and better control of health conditions such as high blood pressure and diabetes.

It will look at whether those measures can protect mental function in older adults at increased risk of decline.

The latest study included nearly 500 older British adults who had all taken the same intelligence test when they were about 11 -- back in the 1940s. Starting at the age of 64, they answered questions about whether they engaged in intellectually stimulating activities, such as solving puzzles, playing board games, reading or going to museums.

They also took standard tests of memory and thinking over the next 15 years -- up to five times.

Overall, the study found, people who liked to challenge their minds were no less likely to show mental decline over time. But they did perform better on the memory and thinking tests -- especially those who enjoyed problem-solving activities like puzzles.

That was true even when the researchers factored in childhood intelligence and education level.

The results were published Dec. 10 in the BMJ journal.

Staff agreed that the findings do not prove a cause-and-effect link. But, he said, they do support the importance of feeding the mind -- ideally starting early in life.

"Have a hungry mind," Staff advised. "It's like money in the cognitive bank."

But is it ever "too late" for older adults to take up chess or crosswords?

Fargo said there's not enough evidence to answer that question. But, he stressed, research does suggest that adults can help protect their brain health through various lifestyle choices.

Those include exercising regularly, eating healthfully, not smoking, getting enough sleep -- and, yes, staying mentally active.

And if you don't like puzzles, find something else that uses your mental skills in a fun way.

"Most people do get some enjoyment from challenging themselves," Fargo said.