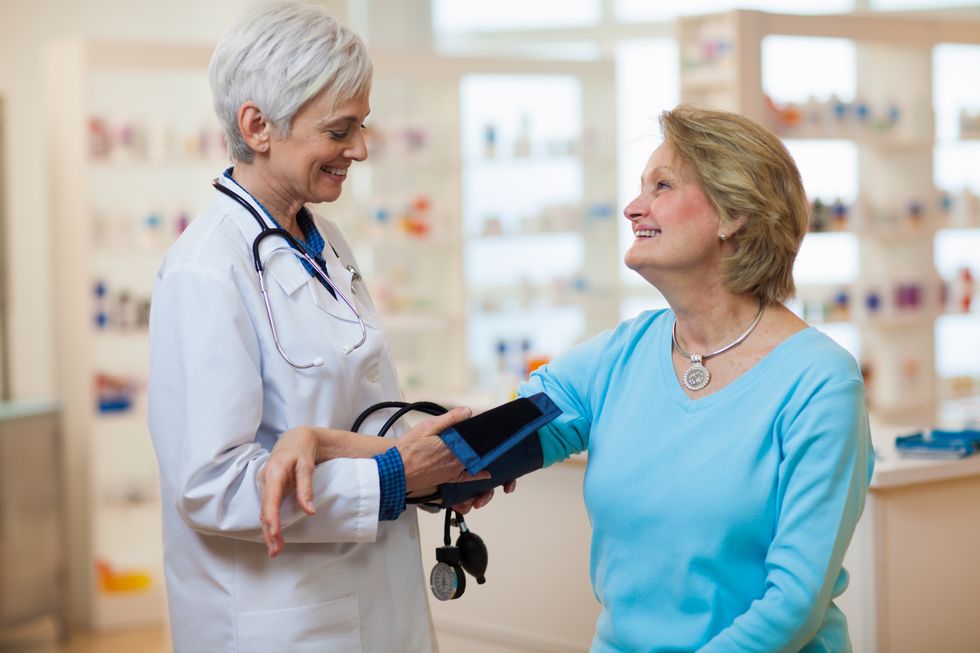 High Blood Pressure in Your 50s May Set Stage for Dementia

Elevated blood pressure in your 50s might raise your risk of developing dementia later in life.

WEDNESDAY, June 13, 2018 (HealthDay News) -- Elevated blood pressure in your 50s might raise your risk of developing dementia later in life, a new European study has found.

People with a systolic blood pressure of 130 or more at age 50 were 45 percent more likely to be struck by dementia than people with lower blood pressure at the same age, researchers reported.

That means that blood pressure considered on the high end of "normal" actually could do long-term damage to your brain, said study author Jessica Abell. She's a postdoctoral research fellow at the French National Institute of Health and Medical Research, in Paris.

"There is plenty of evidence to suggest that maintaining a healthy blood pressure in middle age is important for both your heart and your brain later in life," Abell said.

But the study only showed an association between high blood pressure and dementia risk, it didn't prove cause and effect.

Until recently, a systolic blood pressure of 140 had been considered the level at which high blood pressure ("hypertension") began. In fact, that's still the guideline in Europe, Abell noted.

But leading American heart health organizations lowered the high blood pressure threshold to 130 in 2017, based on medical evidence showing that people with blood pressure in the 130-139 range carry a doubled risk of heart attack, stroke, heart failure and kidney failure.

The new U.S. threshold could help protect the brains of the middle-aged, Abell said.

Abell, who is also a research associate in dementia and epidemiology at University College London, and her team tracked the blood pressure and brain health of over 8,600 British civil servants from 1985 onward. The investigators focused specifically on the association between blood pressure and dementia risk at age 50, 60 and 70.

The researchers found that people at age 50 had an increased risk of dementia later in life if their systolic pressure was higher than 130.

Systolic pressure is the pressure in your blood vessels during a heart beat. It is the top number in a blood pressure reading.

According to Abell, the findings did not show an increased risk at age 60 or 70.

High blood pressure has been linked to silent mini-strokes in the brain, damage to the brain's white matter, and restricted blood supply to the brain, she explained.

The researchers "saw an increased risk of dementia for those who had been exposed for longer," Abell said. "Our analysis suggests that the importance of mid-life hypertension on brain health is due to the duration of exposure."

Heather Snyder, senior director of medical and scientific operations for the Alzheimer's Association, said this new study supports what is already known about the link between heart health and brain health.

"At this point in the field, we're really thinking about how to translate this to helping people maintain or improve cognitive [mental] function with age, and possibly prevent dementia," Snyder said.

However, Dr. Sam Gandy, director of the Mount Sinai Center for Cognitive Health and NFL Neurological Care in New York City, said there could be a point in a person's life at which it's too late to use high blood pressure as a means of warding off dementia.

The fact that no increased risk was found in people at 60 and 70 in this study is consistent with a paper released last year showing that higher blood pressure late in life can actually be protective against dementia, Gandy noted.

"People who make it to late life with borderline high or slightly high blood pressure may have become accustomed to that slightly higher pressure, and reducing blood pressure under those circumstances can actually be bad for cognitive function," Gandy said.

"When a body becomes accustomed to mild metabolic abnormalities over decades and decades, docs should not rush to bring lab values into the normal range because that can do more harm than good," he added.

The new study was published June 13 in the European Heart Journal.