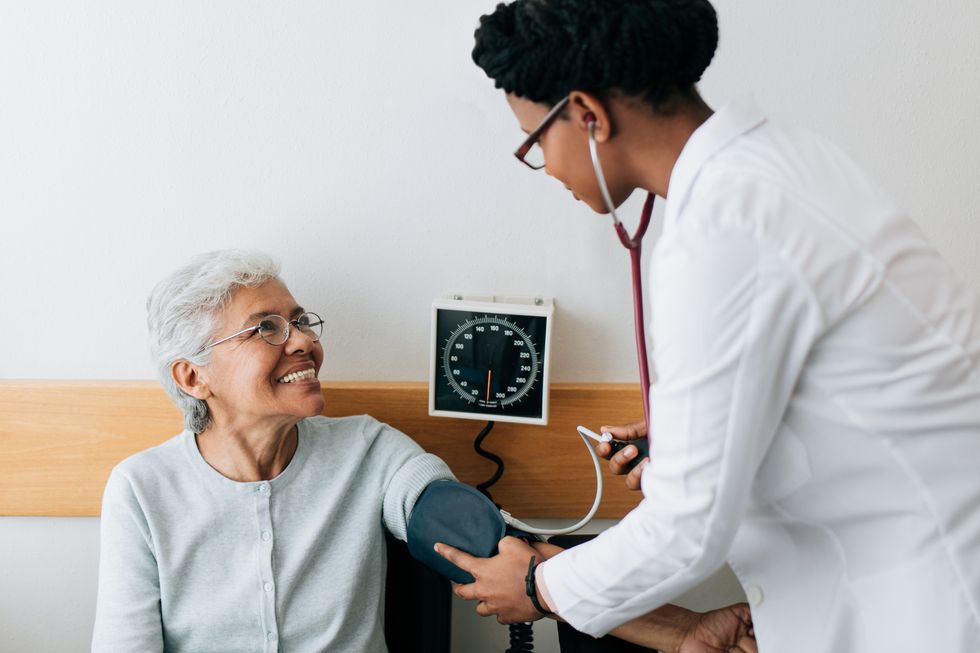 Yes, you need to make sure you pay attention to the blood pressure bottom number. Here is what you need to know.

HealthDay News -- When it comes to blood pressure readings, the "top" number seems to grab all the attention.

READ: Be Aware of Your Blood Pressure Numbers

But a large, new study confirms that the blood pressure bottom number is important, too.

At the same time, though, doctors measure both systolic and diastolic blood pressure, and treatment guidelines are based on both. So just how important is that diastolic number?

"The idea behind this new study was to address the confusion," said lead researcher Dr. Alexander Flint, an investigator with Kaiser Permanente Northern California's division of research.

"There's been a common belief that systolic blood pressure is the only one that matters," Flint said. "But diastolic definitely matters."

He and his colleagues reported the findings in the July 18 issue of the New England Journal of Medicine.

The definition of high blood pressure has gotten a revamp in recent years. Guidelines issued in 2017 by the American College of Cardiology (ACC) and other heart groups lowered the threshold for diagnosing the condition -- from the traditional 140/90 mm Hg to 130/80.

The fact that treatment guidelines include a diastolic pressure threshold implies that it's important. And indeed it is, said Dr. Karol Watson, a member of the ACC's prevention section and leadership council.

In fact, she said, doctors once thought that diastolic blood pressure was the more important one -- based on research at the time. Then came the studies showing that systolic pressure was generally a better predictor of people's risk of heart disease and stroke.

But it's clear, Watson said, that while systolic and diastolic blood pressure are different, they both deserve attention.

In the latest study, cardiovascular risks rose with each "unit increase" in systolic pressure above 140, by about 18% on average. Meanwhile, each increase in diastolic blood pressure above 90 was tied to a 6% increase in heart disease and stroke risk.

The researchers saw a similar pattern when they looked at blood pressure increases above the 130/80 threshold. That, Flint said, supports the 2017 guideline shift.

The findings are based on over 1.3 million patients in the Kaiser Permanente health system who had roughly 36.8 million blood pressure readings taken from 2007 through 2016. Over eight years, more than 44,000 patients had a heart attack or stroke.

According to Flint, it's the largest study of its kind to date.

The bottom line for patients, Watson said, is that they should care about both blood pressure numbers. In her experience, she noted, patients often point to the number that's in the normal range and say, "But look how good this is."

Flint agreed, saying that no one should "ignore" the diastolic number. "It's important not only in blood pressure treatment, but on the side of diagnosis, too," he said.

Did You Know There Are Early Warning Signs for Hypertension?

Does Your Family Eat Out a Lot? Watch Your Blood Pressure