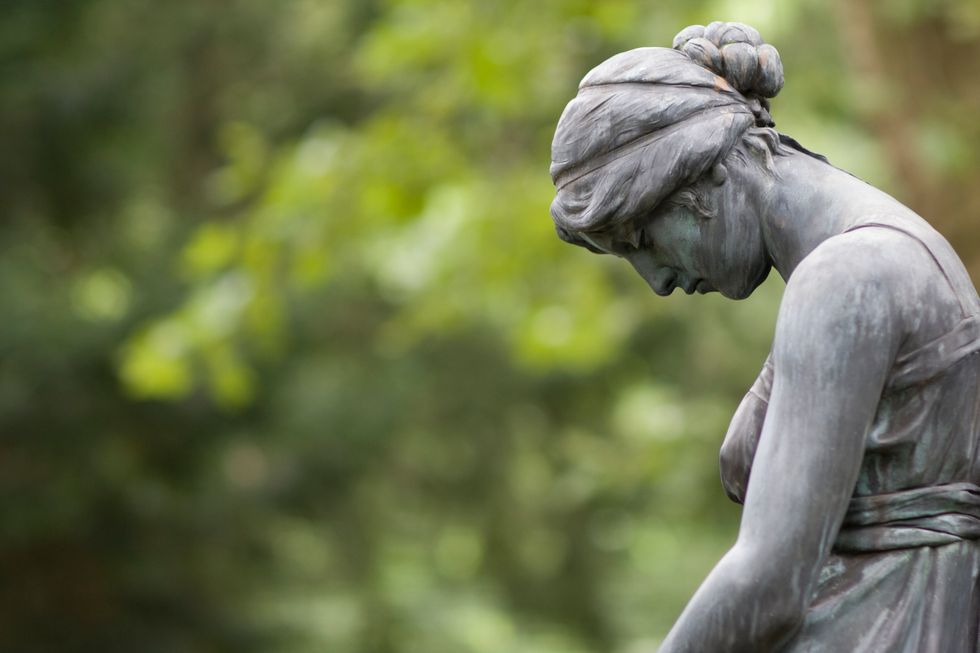 Grieving the Death of My Sister

Grieving the Death of My Sister

There's no one who can replace a sister, and the grief that follows can overwhelm at times, while the memories may comfort.

My sister, Marie Maddox, died of cancer on August 7. Her daughter, son-in-law, longtime companion and I were at her side in the emergency room when she died, holding her hands, kissing her cheeks and telling her we loved her, up until she took her last breath.

Her death was far from peaceful—physically painful for her and difficult for us to witness. But I was glad I could be there for her at the end, as she has always been for me.

She's not the first loved one I've lost, but she's the first I've watched die. I don't know if that's why her death hit me harder. Or maybe it's because she was the last living person who had known me since the day I was born. Or because we were so close. Or because I watched her struggle. Or because I know she wasn't through living.

I've struggled with coming to terms with her life and death and my grief. Words cannot describe my sister. Those who try use words and phrases like larger than life, caring, compassionate, adventurous, bold, friend to all, generous, loving, inspiring, strong-willed, determined … the list is long and multifaceted.

To me, she was the best sister ever.

And now, she's gone. She's no longer around to laugh with me, cry with me, encourage me or share family stories with me.

Sometimes all the good memories comfort me and make me smile. But other times grief comes in waves: When a text pings, and, for a moment, I think it's from Marie. When I see a beautiful sunset and want to take a picture and share it with her. When illness hits, and I want a shoulder to lean on. When the holidays are approaching, and I want to make plans with her.

Marie was no stranger to illness and accidents and hospitals, and always before she'd survived and gone on living life to the fullest. But in January of 2015, she underwent emergency surgery because of extreme gastrointestinal distress and a blockage in her colon. The doctor discovered that a mass pressing on her colon had killed the colon tissue, and her abdomen was filled with cancer cells.

Her cancer was diagnosed as primary peritoneal cancer, which is closely akin to ovarian cancer, stemming from the same type of cells and acting in much the same, aggressive way.

Marie had to learn to manage an ileostomy for the rest of life, as she fought cancer. She had chemotherapy, radiation, more surgery and numerous hospital stays for blockages, dehydration and other related complications.

Many people would have given up, but not my sister. She wanted to enjoy every minute she could with her family and many, many friends. As a teacher for 23 years in Gatlinburg, Tenn., she met and taught hundreds of students. Many of her students, their parents and others thought they were Marie's "best friend," because she made them feel that way. During her illness, she rarely turned down an opportunity to join friends for a meal or a movie, even if her energy or spirits were lagging.

As the cancer narrowed her horizons and she could no longer travel the world, she still chose to go and do as much as she could. Her daughter and I arranged a trip to Florida in March so she could visit her former in-laws, whom she hadn't been able to see in over two decades. We also visited my daughters and toured the Tampa zoo, saw a Chihuly art exhibit and walked barefoot in the Gulf at sunset.

In the month before she died, her daughter took her on a series of trips to visit her son and daughter-in-law, who were expecting Marie's first grandchild; to see several longtime friends; and to return to Florida to spend more time with the in-laws, whom she loved dearly. As she and her daughter were heading home after a last lunch with them, Marie got another gastrointestinal blockage.

Doctors tried, unsuccessfully, to clear the blockage, and after a week they sent her home to hospice. She knew the end was near and wanted to say good-bye to those she loved.

Her daughter and son-in-law were with her, as they had been throughout her illness, and her daughter coordinated the lengthy list of friends wanting to visit. My brother and I and Marie's son and his wife rushed to see her that weekend. Other friends and relatives came from out of town. Local friends were scheduled on the days to follow.

Sadly, there were no more days. After two days holding court with guests—often on the deck of her mountaintop house—making us laugh and sometimes cry, she began to fail fast. She decided to go to the emergency room to get IV fluids that she hoped would give her two more days to say good-bye to more of her "best friends."

But it wasn't to be. Four hours after reaching the hospital and getting some stronger pain meds to ease the pain, she was gone. So quickly. So finally.

I know this grief will ease with time. But I know there's no replacing a sister.