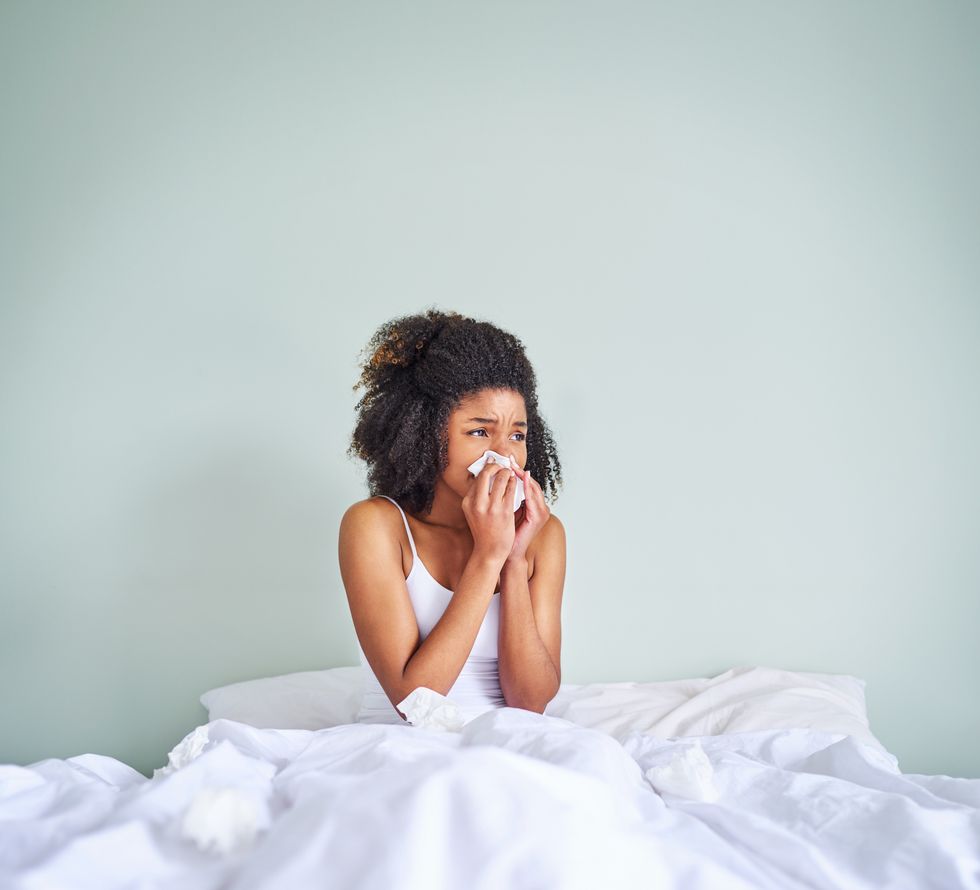 This year, for the first time in two decades, health care providers will have a new drug to prescribe to patients sick with influenza. The Food and Drug Administration (FDA) approved Xofluza in October.

This year, for the first time in two decades, health care providers will have a new drug to prescribe to patients sick with influenza. The Food and Drug Administration (FDA) approved Xofluza in October, and the manufacturer, Genentech, expects to have doses available across the country this fall, according to a spokesperson.

As the new flu season gets underway, memories of last year's deadly season linger: The Centers for Disease Control (CDC) estimate that during the winter of 2017-2018 in the United States, 48.8 million people got sick from influenza, almost a million were hospitalized, and more than 79,000 died. Although experts hope this year's flu season will be milder, they're still happy to have new tools at their disposal for fighting the virus.

Xofluza, known also by the generic name baloxavir marboxil, is similar to existing influenza medications in that it needs to be taken within two days of the patient experiencing symptoms. But because it's just a single dose, Xofluza is easier to take than Tamiflu, the most well-known and commonly used drug, which has to be taken for five days.

"Xofluza's great advantage is that there are just two pills, you take them immediately, and you're finished," says William Schaffner, MD, medical director of the National Foundation for Infectious Diseases and professor at the Vanderbilt University Medical Center in Nashville. "It's as good as Tamiflu in shortening the duration of influenza and also—we anticipate—at mitigating the serious complications, like pneumonia, having to go to the hospital, and dying."

In clinical trials, patients who took Xofluza recovered from flu at a rate similar to that of patients who took existing antiviral medications, according to the FDA. So far, it has only been approved for use in patients age 12 and over, but Genentech says the drug is being studied in younger patients. Schaffner says that Xofluza—like Tamiflu—shortens the duration of the illness by interrupting the virus's ability to multiply, which is why the drugs need to be administered as soon as symptoms appear in order to be effective.

Flu experts continue to urge everyone to get vaccinated if they're able, says Tran: "The flu vaccine is one of the most effective and safest ways to protect yourself, your family, and your community from the flu and serious flu-related complications."

But, of course, the shot doesn't always protect everyone perfectly. It can take up to two weeks to provide full protection, during which time exposure to the virus can make a vaccinated person sick. Plus, the CDC has to guess which strains of influenza to include in the vaccine months before cases begin to appear, so the shot doesn't always perfectly cover every variation. Having effective medications available for people who do get sick is a vital part of the country's anti-influenza system.

"An ounce of prevention is better than a pound of cure, according to Benjamin Franklin, and we continue to believe that very, very passionately," Schaffner says. "But we love having a new medication." He suspects that Xofluza won't be widely used this flu season, because it's still more expensive than Tamiflu (the company plans to offer discount coupons) and because doctors and patients aren't widely aware of it yet. "But that's not a shock," he says. "I see this as an introductory year."

Schaffner and other infectious disease specialists plan to carefully monitor whether influenza viruses develop resistance to Xofluza—some older antiviral medications, including amantadine and rimantadine, are no longer recommended for flu treatment in the United States because certain strains of the virus developed resistance to them, according to the CDC. Tamiflu has not seemed to incite resistance in the most common strains of influenza, Schaffner says, "and that is a huge comfort to all of us. We're all monitoring and will be interested in that with Xofluza."

In the meantime, Tran says the ease of a single-dose flu medication will make it easier for sick patients to get relief. "There is zero chance of forgetting to complete the Xofluza therapy because it's only one dose," she says. Plus, the drug might help slow down the virus's ability to spread if it's treated early enough. "Xofluza can lessen flu symptoms and even help patients to recover in just over two days versus more than a week if no medication is taken."

Each new treatment option is valuable as the flu virus begins to appear, Schaffner says. "The only thing we can say for sure is that there will be an influenza season. Whether it's severe or mild, we don't know. Flu is fickle."