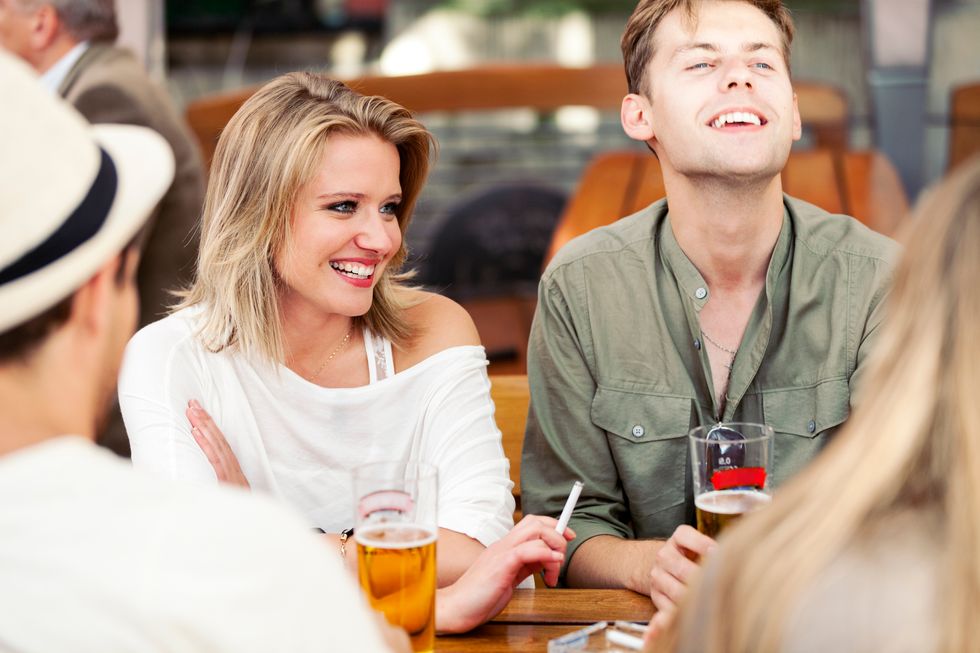 Don't want to look old before your time? Put down the cigarettes and go easy on the alcohol.

A new study suggests that heavy drinking and smoking—besides posing serious health risks—make people look older than they actually are.

Heavy drinking and smoking were associated with visible signs of physical aging and people looking older than their age.

Specifically, signs of aging included earlobe creases; a grayish opaque ring around the cornea of both eyes; and yellow-orange plaques on the eyelids.

Light to moderate drinking was not linked with visible premature aging, the researchers said.

The study was published online Nov. 15 in the Journal of Epidemiology & Community Health.

The researchers noted that this was an observational study, so it wasn't possible to make firm conclusions about cause and effect. They also pointed out that they were unable to account for any effects of stress, which is associated with both heart disease risk, smoking and heavy drinking.

However, they concluded that this "is the first prospective study to show that alcohol and smoking are associated with the development of visible age-related signs and thus generally looking older than one's actual age," which "may reflect that heavy drinking and smoking increases general aging of the body."