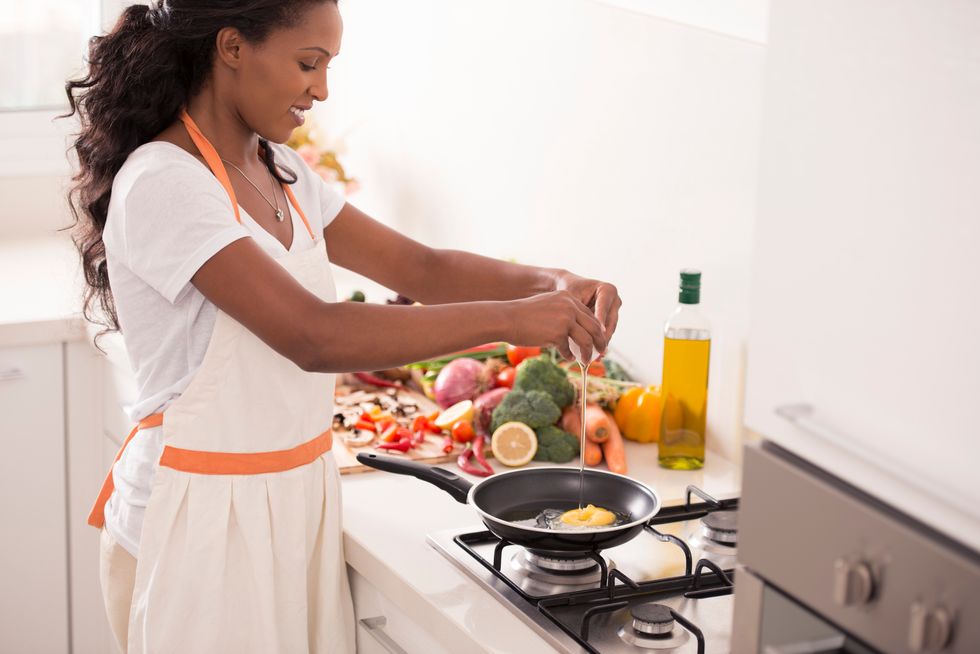 Starting each day with breakfast may help you keep the pounds off through the years, a preliminary study finds.

MONDAY, April 23, 2018 (HealthDay News) -- Starting each day with breakfast may help you keep the pounds off through the years, a preliminary study finds.

The study, of nearly 350 healthy adults, found that those who usually ate breakfast had smaller waistlines and were less likely to be obese, compared to people who usually skipped breakfast.

And over the next dozen years, they gained only one-third the amount of weight that breakfast skippers did.

But they do add to evidence that people who eat breakfast tend to weigh less, said Connie Diekman, a registered dietitian who directs university nutrition at Washington University in St. Louis.

Why, exactly, is not clear, according to Diekman, who was not involved in the study.

But based on past research, breakfast fans typically eat more whole grains, vegetables and fruit throughout the day, versus people who skip the morning meal.

"Therefore," Diekman said, "their overall food choices provide more nutrition and may be a big part of why they have a healthier weight."

Still, there's evidence that the timing of meals -- not only their content -- matters, according to Covassin, a senior research fellow at the Mayo Clinic in Rochester, Minn.

For instance, she said, people who skip breakfast are more likely to overeat later in the day -- a pattern that has been linked to heavier weight.

But according to Diekman, it's not clear whether breakfast eaters ultimately down fewer calories over the whole day. She said some studies suggest that's true -- possibly because breakfast eaters "respond to hunger cues in a more timely way." But some other studies have not found that connection.

The new study was scheduled for presentation Sunday at the Experimental Biology annual meeting, in San Diego. Research presented at meetings is generally considered preliminary until it is published in a peer-reviewed journal.

The findings are based on 347 healthy adults -- 100 of whom said they either never ate breakfast or had it "infrequently" (one to four times a week). The rest ate breakfast five to seven days out of the week.

Those regular breakfast eaters were less likely to be obese at the outset: 11 percent were, versus 27 percent of breakfast skippers. And breakfast eaters generally gained less weight over the 12-year study period.

People who said they never ate breakfast typically gained 8 pounds, while those who ate it infrequently gained 4.5 pounds. Meanwhile, people who usually ate breakfast gained just under 3 pounds, on average, the findings showed.

The link between breakfast and weight gain remained even after the researchers accounted for people's age, sex and body mass index at the study's start. Body mass index is a measurement based on weight and height.

Still, the findings do not prove that breakfast is a magic bullet against weight gain. Nor do they address the question of whether people can lose weight by becoming breakfast eaters, Covassin said.

But if you do add breakfast to your daily routine, she said, make sure you're not simply adding calories. The point, she explained, is to "redistribute" your daily calories in a more balanced way.

Diekman agreed that it's important to see the bigger diet picture. She said people who skip breakfast should try to look at the "nutrient gaps" in their diet -- and then add breakfast foods that help them fill those gaps.

At the same time, Diekman said, people have to consider how many nutritionally empty foods they eat during the day -- and then cut those out.

A conversation with Dr. Mary Jane Minkin on her role in the groundbreaking podcast series, "menopause:unmuted," and her hopes for more women to speak out about menopause