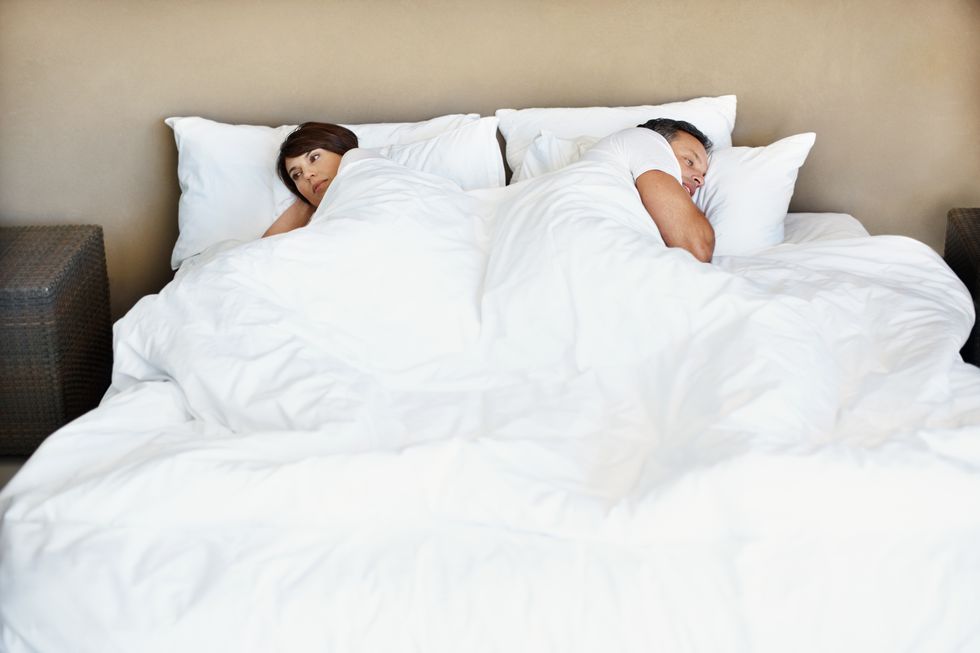 Don't Settle for a Sexless Marriage

When one partner wants sex and the other one doesn't, it can cause deep, relationship-destroying pain. Find out how to change a sexless marriage.

Sexual partnerships are as variable as snowflakes. Each couple dances to a unique harmony. For some, sex remains a vibrant and fundamental part of the love and intimacy between them. But for many others, sex fades into a boring and infrequent routine or it just doesn't happen at all. And that's not a happy place to be.

For many couples, sex—or the lack of it—becomes the white elephant in the room. They ignore; they avoid; they work around it. But generally, it's an underlying irritation and cause of increasing anger, frustration, and dissatisfaction. Whether lack of sex is the cause of these emotions or is collateral damage caused by other problems becomes hard to tease out. Just the fact that the darned elephant is sitting there on the couch takes a lot of energy to ignore.

Relationships without sex are common—it's estimated that from 20 percent to 30 percent of marriages are sexless, which is roughly defined as having sex 10 times per year or less. Even though women tend to struggle more with libido during menopause, "women don't have a corner on low libido," says Michele Weiner-Davis, therapist and author of The Sex-Starved Marriage in this very worthwhile Ted talk.

The number of times couples "do it" per year isn't the point. Really, who's counting? It's the level of contentment and connection between them that counts.

"If a couple is OK with their pattern, whether it's infrequent or not at all, there isn't a problem," says clinical sexologist Judith Steinhart in this article. "It's not a lack of sex that's the issue, it's a discordant level of desire."

And that discordant level of desire—when one partner wants sex and the other doesn't—can cause deep, relationship-destroying pain.

We're hard-wired for connection. We crave intimacy and emotional safety within our committed relationships. And sex is a powerful intimacy-builder.

But when it becomes the sole task of one partner to ask for sex, and when he or she is frequently rejected, a hurtful dynamic is set in motion. More is at stake than a roll in the hay. One's self-worth and sense of being attractive to, connected to, and cared for by a lover is on the line. In research studies, that kind of rejection activates the same parts of the brain as physical pain.

Over time, repeated rejection morphs into anger, frustration and contempt—or withdraws into boredom. Communication and connection on other levels shut down. Intimacy flattens like stale beer. We all know couples who don't touch or make eye contact or share a joke.

With discordant levels of desire, the person with less need for intimacy controls the relationship, says Weiner-Davis in this article. The bargain goes like this: "I am not into sex. You are. But I don't have to care about your sexual needs. Furthermore, I expect you to be monogamous."

Besides being unfair, the fatal flaw of this unspoken agreement is that relationships are built on mutual caretaking, and when that falters, the essential contract begins to crumble. Sex in a loving relationship is a reaffirmation of that mutual caring—a giving and receiving of pleasure, intimacy and trust. That's what we all deeply long for, and if it goes away, we deeply grieve its loss.

So, whether you're the withholder or the seeker in your relationship, there's good news. Even couples in long-term relationships can reignite the flame. "It's never too late to have a passion-filled marriage," says Weiner-Davis.

That doesn't necessarily mean shades of gray, sex on the kitchen table kind of passion, but it does mean a renaissance of sexy touch, playfulness, cuddling and general "canoodling," says Foley.

Tackling a sexless marriage isn't easy. Even if the status quo is unsatisfactory, changing it is risky and uncomfortable. If you're continually gnawing on irritation, if you feel rejected and unattractive to your partner, if you've shut down and settled for boredom, it's time to rattle that cage, express your feelings in a loving way, and actively seek out help.