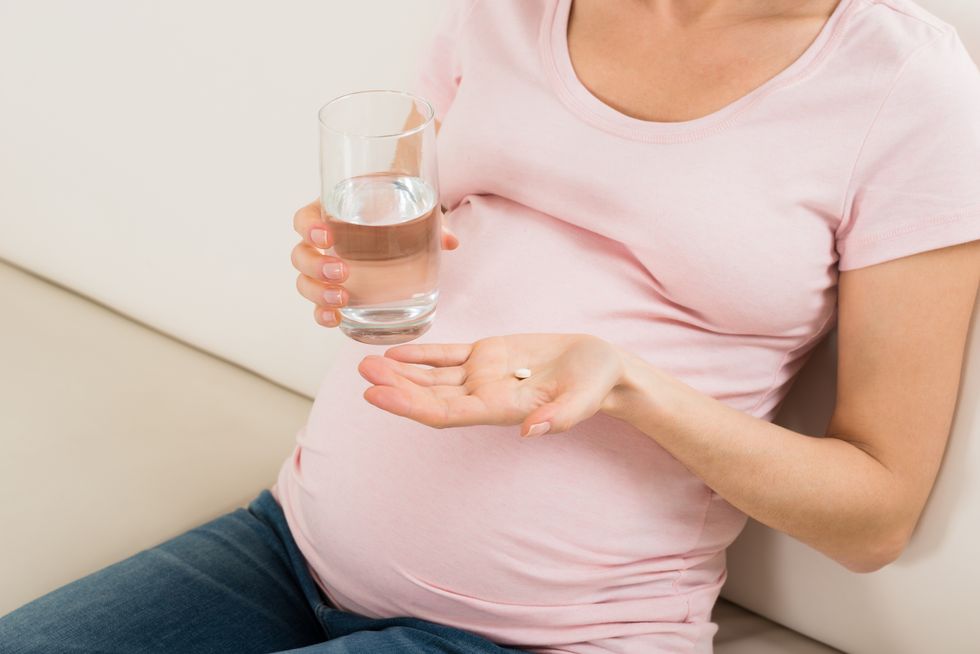 Certain types of antibiotics during pregnancy may be dangerous.

MONDAY, May 1, 2017 (HealthDay News)—Taking certain types of antibiotics during pregnancy may boost the risk of miscarriage, a large study suggests.

Macrolides, quinolones, tetracyclines, sulfonamides and metronidazole were associated with an increased risk of "spontaneous abortion," meaning loss of pregnancy before the 20th week of gestation.

The study doesn't prove cause and effect. But, it does tie use of certain medicines to a higher risk of miscarriage—up to double the risk for some classes of antibiotics, the researchers said.

"Some seem to be safer when it comes to the risk of spontaneous abortion, and some aren't," said study author Anick Bérard, a professor at the University of Montreal's Faculty of Pharmacy.

However, the new evidence does not suggest that pregnant women should stop taking antibiotics to treat bacterial infections.

"It [miscarriage] is still a rare outcome," Bérard added.

The reason some antibiotics appear to be riskier than others may be related to how each drug works in the body, Bérard said.

Tetracycline, for one, is not recommended in pregnancy because it permanently discolors fetuses' teeth and may affect fetal bone growth, she said.

On the other hand, nitrofurantoin appears to be a safer option. It was not associated with an increased risk of miscarriage and may be a good alternative for treating urinary tract infections, the study authors noted.

Bérard said urinary tract infections are the most common type of infection in pregnancy.

Penicillin also seemed to be a good choice, added Dr. Errol Norwitz, who was not involved in the study.

While the association between antibiotics and adverse pregnancy outcomes isn't new, evidence related to spontaneous abortion hasn't been as robust, explained Norwitz, chairman of obstetrics and gynecology at Tufts University School of Medicine in Boston.

"I think the consensus is that there probably isn't an association, but this study suggests that maybe there is," he said.

"Overall, it [the study] was quite well done," Norwitz added.

To tease out the effects of antibiotics, Bérard and her team at the University of Montreal matched 8,700 cases of spontaneous abortion with more than 87,000 controls by gestational age and year of pregnancy.

The researchers used data from women ages 15 to 45 who were covered by Quebec's drug insurance plan.

Roughly 16 percent of the women who had miscarriages were exposed to antibiotics during early pregnancy, compared to less than 13 percent of the controls.

Norwitz was surprised that so many women received antibiotics before 20 weeks gestation. "I didn't think it would be that high," he said.

Azithromycin and clarithromycin, which belong to the macrolide class of antibiotics, were linked to a 65 percent and twofold increased risk of miscarriage, respectively.

Norfloxacin, a type of quinolone, was associated with more than a fourfold increased risk, the study showed.

The study's biggest deficiency, in Norwitz's view, is that it did not address underlying genetic problems, which he said account for the vast majority of miscarriages.

There is no way to know for sure who had a prenatal diagnosis that could have explained the spontaneous abortion, Bérard conceded.

The researchers also couldn't rule out that the severity of women's infections may have influenced the results. But they don't think such differences fully explain their findings.

So what's a woman to do if she's pregnant and has a bacterial infection?

The best approach is to aim for the "lowest effective dose" using the most appropriate antibiotic, Norwitz said.

The study appears in the May 1 issue of the Canadian Medical Association Journal.