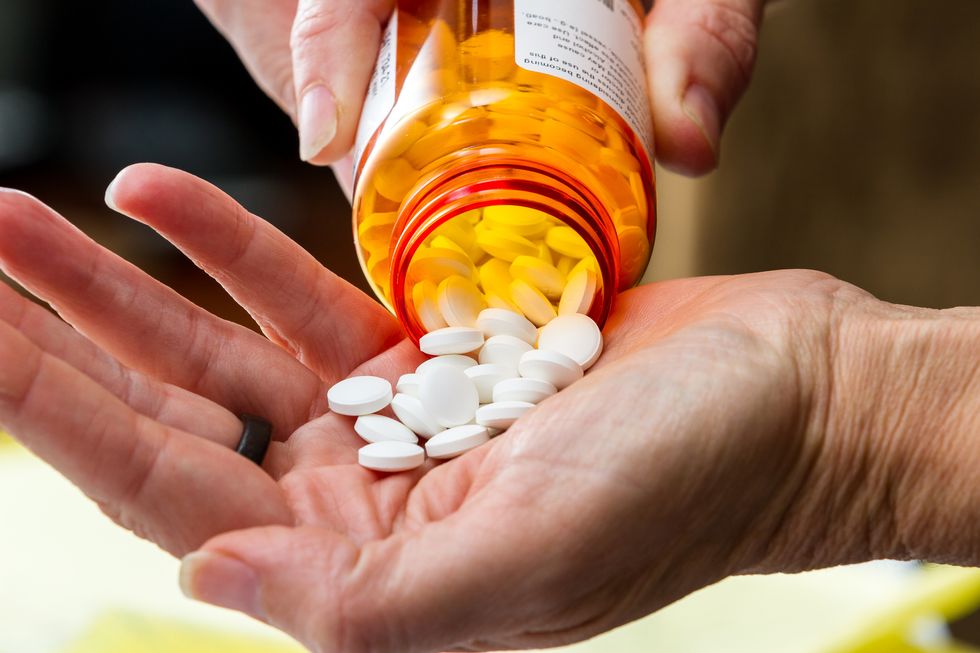 It is possible to recover from even the most serious of addictions. Just ask Katelyn and Jeffrey Hoglund.

THURSDAY, Oct. 4, 2018 (HealthDay News) -- In 2016, almost 174 Americans died each day due to drug overdoses -- and roughly two-thirds of those deaths were caused by opioid drugs. The statistics are startling and make the problem seem hopeless.

Beating drug addiction -- whether it's opioids (such as OxyContin), methamphetamine or something else -- is definitely a challenge and an ongoing process. Recovery often doesn't occur with just one attempt. People often relapse one or more times during the process, according to the U.S. National Institute on Drug Abuse.

But it is possible to recover from even the most serious of addictions.

Just ask Katelyn and Jeffrey Hoglund -- a Cincinnati-area couple. Before they met, they were both so far gone into addiction that their daily lives revolved solely around getting the next fix.

READ: How to Fight Opioid Addiction

Today, they're celebrating five years drug-free and their first wedding anniversary (they met in recovery). Both have good jobs and they just purchased a new house to give their five dogs more room to roam.

Their journeys weren't without trouble though. "I had zero belief that I could be anything but a dope fiend when I was using," Katelyn said.

Both Katelyn and Jeffery were somewhat surprised by how easy it was to get addicted.

For Katelyn, it started with a party where she took some opioid pain pills. She liked the high and started using them more and more. She said she was naive and didn't realize that the pills were addictive.

"I thought, 'These are made in a lab. They must be OK.' But one day I woke up feeling really sick," she said. "I didn't know it at the time, but I was dope sick. Later that day, I got some pain pills, and I vividly remember that I felt better, and then I thought, 'Uh-oh.' "

But she still kept using, and said it was probably only a month or two before she knew she was addicted. The real turning point was when she crossed from pain pills to using a needle to inject heroin. "At that point, any semblance of my life was shattered," she said.

Katelyn said she used for probably five years, and during that time was arrested a few times, including for stealing a large sum of money from her parents.

"Everything finally started to catch up on me," she said. "I would wake up in the morning and be angry that I had woken up, that I hadn't overdosed. I knew I couldn't continue to live that way."

Katelyn turned herself in and was given a chance to go to an inpatient treatment center instead of jail.

Jeffrey's story is similar. He was very close to his parents, especially his Dad. In 2001, he found out his Dad had pancreatic cancer. He was devastated. A friend said to him, "Buddy, you don't have to feel this." That was the first night he ever tried hard drugs.

"The drugs brought me everything I didn't know I was looking for, and from that point until 2013 -- 12 years -- it didn't matter what drugs I could get as long as I didn't have to feel," Jeffrey said.

Like Katelyn, he said any semblance of his former life vanished once he crossed the line into injecting drugs. Jeffrey also was arrested and entered drug rehab multiple times before he finally took recovery seriously.

What made the last visit to rehab the one that stuck?

Jeffrey said he's not entirely sure, but thinks the weekly visits from his mother helped. His mother encouraged him and said she saw something changing in him. "I always thought I would die a junkie. But seeing myself through her eyes allowed me to see myself as something better," he said.

Marjorie Clifton, executive director of the Center for Safe Internet Pharmacies, said what many people don't understand about opioid addiction in particular, is that the drugs rewire your brain.

"People addicted to opioids aren't looking for the high; they're trying to avoid the dope sickness. They get so sick when coming off the high that they will do anything to keep from feeling it, and it's something you cannot understand unless you've been through it," Clifton said.

Fred Muench, CEO of the Partnership for Drug-Free Kids, and himself a recovering addict, said the stigma surrounding addiction is a huge problem.

"I've heard people say, 'Why should you resuscitate addicts who've overdosed?' because people believe addiction is a choice. But addiction is a disease, and however that disease gets triggered, we need to stop blaming the individual and seeing addiction as a moral failure. Addiction is the only disease we treat with jail," he said.

Muench said if you have insurance, you'll likely have treatment options. Success rates between inpatient and outpatient treatment aren't drastically different, but whatever your choice, be sure to research the treatment center and make sure its marketing isn't making wild promises. Family members can help with this research if they want to be involved, he suggested.

People without insurance must rely on state and local government programs. These programs often have waiting lists, he noted.

Muench also encourages family members to not give up, even if your loved one has tried over and over again to get off drugs. But, he added, it's important to set boundaries, and support doesn't necessarily mean giving someone money.

"Understand that you reaching out to help can change someone's life. When I couldn't give myself hope, others around me who could see I wasn't a bad person, just someone struggling, gave me hope. It can get you from feeling suicidal to getting into treatment," Muench said.