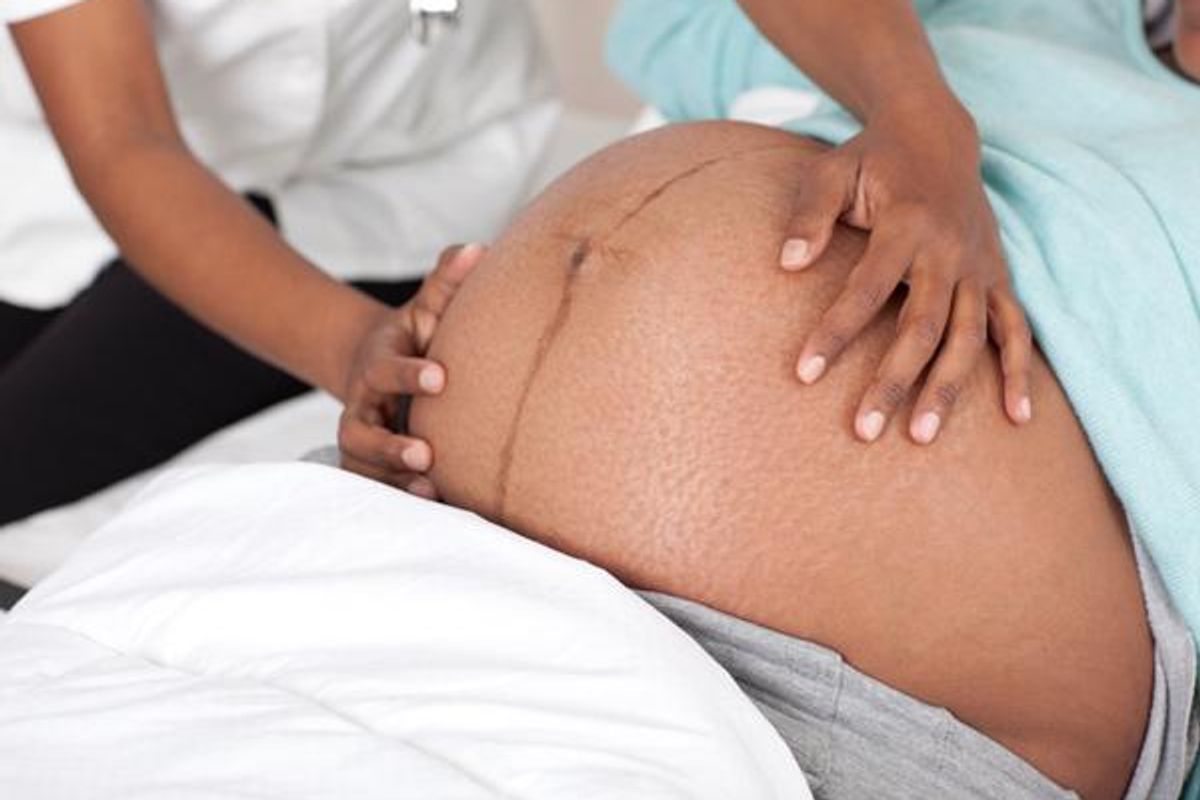 Babies delivered via C-section might be at increased risk for childhood obesity, researchers contend.

HealthyWomen Editors
14 Dec 2016 Pregnancy & Postpartum
obesity
Medically Reviewed
This article has been archived. We will no longer be updating it. For our most up-to-date information, please visit our obesity information here.

The risk was even stronger in children born by C-section to overweight and obese mothers, ranging from 70 to 80 percent, said lead researcher Noel Mueller, an assistant professor of epidemiology at Johns Hopkins Bloomberg School of Public Health in Baltimore.

Babies pick up beneficial microbes from their mother as they pass through the birth canal, and Mueller and colleagues believe these microbes might help protect a child against obesity.

"There's been consistent evidence which shows vaginally delivered babies have different gut microbiota than C-section-delivered babies," Mueller said. "The different functions of these bacteria may relate to metabolic processes that may either predispose or protect one from obesity."

Childhood obesity has more than doubled over the past 30 years in the United States, according to the Centers for Disease Control and Prevention. The percentage of kids between the ages of 6 and 11 who are obese increased from 7 percent in 1980 to nearly 18 percent in 2012.

For this study, the researchers analyzed data on more than 1,400 full-term deliveries in Boston. About 57 percent of the women who gave birth by cesarean were obese, and 53 percent of those who delivered vaginally were obese.

The researchers checked to see if there were any differences in weight between children born either vaginally or by C-section, following the kids until they were 7 years old on average, Mueller said.

Kids born by C-section were found to have an increased risk of excess weight, the researchers report.

The findings were to be presented Sunday at the American Heart Association annual meeting, in New Orleans. Research presented at meetings should be considered preliminary until published in a peer-reviewed journal.

One expert said the findings made sense.

"It's certainly reasonable. We know babies born by C-section have differences in their flora compared to those who are born vaginally, and there has been some suggestion that the microbiome [the variety of microorganisms in the body or part of the body] may play a role in the development of obesity," said Dr. Stephen Daniels. He is chair of pediatrics at the University of Colorado School of Medicine and pediatrician-in-chief at Children's Hospital Colorado.

Mueller said the research team is now looking into clinical trials that would expose C-section babies to healthy bacteria from their mother's vagina. These trials could confirm that the association found in this study is actually a cause-and-effect relationship.

"What we would like to do is see if administration of vaginal microbiota to C-section delivered babies could potentially have health benefits," Mueller said.

Another way of testing this association would be to look at children born by emergency C-section following a difficult labor, said Dr. Aaron Caughey, chair of obstetrics and gynecology at Oregon Health & Science University in Portland.

"One would think that children born to women via cesarean after a long labor with ruptured membranes, who should be getting colonized by bacteria, would have a lower risk of obesity than those born to women with a scheduled cesarean and no labor," Caughey said. "I haven't seen such a study done cleanly, and it would help answer this question."

In the meantime, parents of children delivered by C-section should not assume their child is doomed to a life of obesity, Mueller and Daniels said.

"I don't think this is a predetermination in any way," Daniels said. "A risk factor suggests it may increase risk, but it's not creating a certainty."

Breast-feeding has also been shown to help reduce risk of obesity in children, Mueller said. In addition, parents could focus on diet and exercise as a way to help prevent obesity in their offspring, Daniels said.

"Women who deliver by C-section should certainly not feel hopeless, because there are many ways to mitigate any potential increased risk of obesity," Mueller concluded.