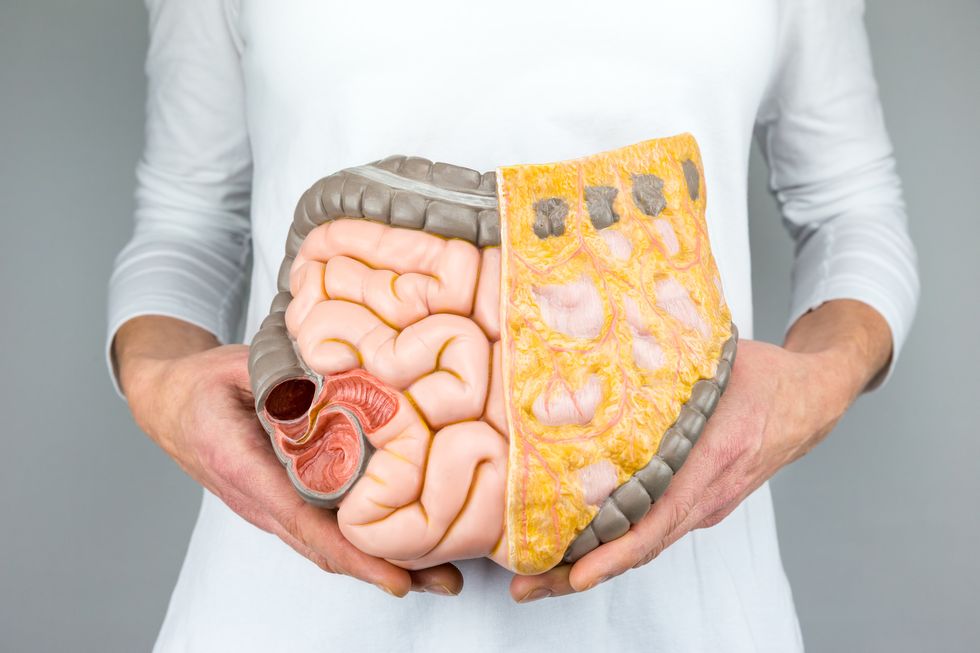 Colon Cancer on the Rise Among Gen Xers, Millennials

Colon Cancer on the Rise Among Gen Xers, Millennials

Americans in their early 50s and younger—Gen Xers and millennials—are experiencing significant increases in colon and rectal cancer, a new study reports.

And this may portend an overall increase in colon and rectal cancer in the years to come, the study authors said, adding that an old foe might be to blame—the obesity epidemic.

People born in 1990 now have double the risk of colon cancer and four times the risk of rectal cancer, compared with those born around 1950 when the risk was lowest, the researchers said.

"The increase in these rates coincides with the obesity epidemic," said lead researcher Rebecca Siegel, strategic director for surveillance information services at the American Cancer Society.

"What might be going on is that the same factors that caused the increase in obesity—like changing dietary habits and a more sedentary lifestyle—are also risk factors for colon and rectal cancer," she suggested.

These cancers were once largely confined to people in their late 50s and older. In the early 1990s, rates of colon and rectal cancer among people 50 to 54 were half those of people 55 to 59. But by 2012-2013, the rates for younger Americans were just 12 percent lower for colon cancer and equal for rectal cancer, Siegel said.

And the long-term outlook isn't good, Siegel noted. Children and teens today have high rates of obesity, which might mean more cases of colon and rectal cancer in the years ahead, she said. "We don't know how long it takes for the effects of obesity to act on cancer promotion," she added.

With screening, colon cancer can be caught early, when it's curable. Currently, screening is recommended to start at age 50. But given the findings of this and other studies, the American Cancer Society is reassessing its guidelines, Siegel said.

It's important for primary care doctors to be aware of this trend and act on symptoms of colon cancer even in their younger patients, she said.

"We know that young patients are much more likely to be diagnosed at a late stage of disease because they don't seek treatment quickly. And even when they do seek treatment, there are delays because cancer isn't on their radar or the radar of their doctors," Siegel explained.

The report was published Feb. 28 in the Journal of the National Cancer Institute.

Dr. Andrew Chan is an associate professor of medicine and gastroenterology at Massachusetts General Hospital in Boston. He added a bit of perspective to the study findings.

For starters, he said, "Although relative rates are rising in younger people, the absolute risk is still low in the younger population."

And whatever is driving the study results may be due to changes in diet, lifestyle or other environmental factors, said Chan, who is also an associate professor in the department of medicine at Harvard Medical School.

"So it would be premature to recommend the initiation of screening at a younger age," Chan said.

But if these trends continue, it would be wise to do more research to determine what the public health impact would be of starting screening earlier, he added.

"At this point, younger individuals should continue to pursue a healthy lifestyle—stay lean, physically active, and eat a healthy and well-balanced diet," Chan said.

"If they are particularly concerned about their individual risk of colorectal cancer, for example, if they have a family history of the disease, they should talk to their doctor about whether to start screening earlier," he said.

For the study, Siegel and her colleagues collected data on more than 490,000 U.S. men and women aged 20 and older who were diagnosed with colon or rectal cancer between 1974 and 2013.

Although overall rates of colon cancer started decreasing in 1974, in the mid-1980s the rates started rising 1 percent to 2 percent a year among people aged 20 to 39, the researchers found.