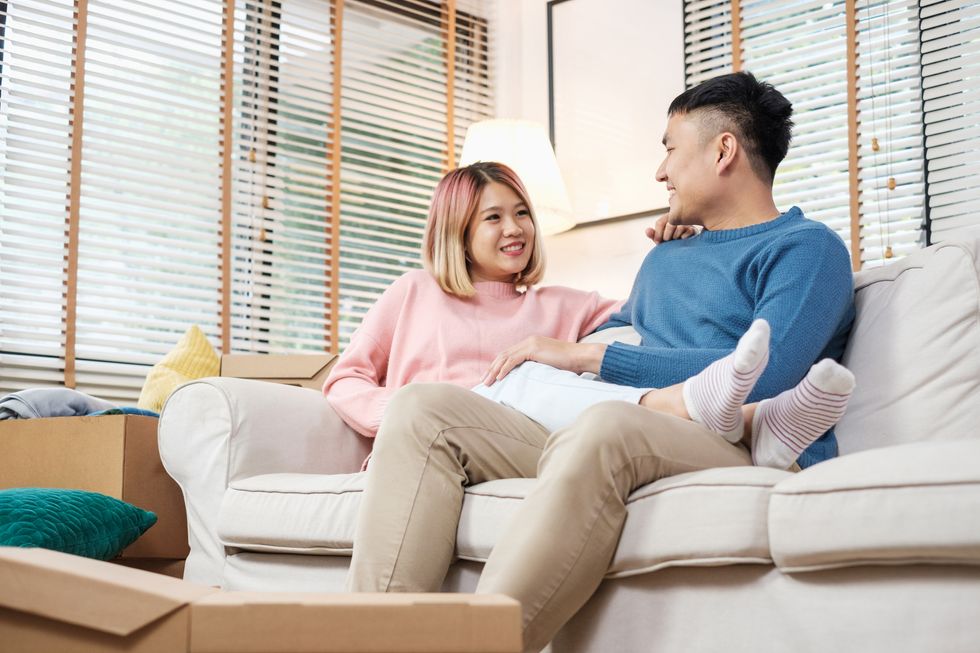 New research finds that switching homes during the first three months of pregnancy is tied to an increased risk that a baby will be born prematurely or at a low birth weight.

(HealthDay News)—If moving is never easy, then moving while you are pregnant has got to be a grueling experience.

But could it actually harm your baby? Yes, a new investigation warns.

The researchers found that switching homes during the first three months of pregnancy was tied to an increased risk that a baby would be born prematurely or at a low birth weight.

"Moving has been on the radar as a possible risk factor during pregnancy because it is known to be a stressful experience for many people," explained study author Julia Bond.

Bond, who is currently a PhD candidate at Boston University, put the potential stress of moving on par with other major life disruptions, such as a divorce or the death of a loved one.

In the study, she and her team analyzed birth outcomes among 28,000 women who had moved during their first trimester.

The investigators then stacked those outcomes against the outcomes of 112,000 women who had not moved during early pregnancy. All of the women were 18 and older and Washington state residents. All gave birth at some point between 2007 and 2014.

The result? Pulling up stakes during the initial 90 days of pregnancy was associated with a 42% higher risk for delivering prematurely, meaning before 37 weeks of gestation.

A first trimester move was also linked to a 37% greater risk for a low birth weight, said Bond, who led her study while still a graduate student in the department of epidemiology at the University of Washington's School of Public Health, in Seattle. That meant a baby born at less than roughly 5.5 pounds.

A move during early pregnancy also appeared to be tied to a 9% greater risk of giving birth to a smaller-than-average baby, according to the report published online July 30 in the Journal of Epidemiology & Community Health.

While the findings highlight a link between moving and birth complications, they do not prove one causes the other, the study authors noted.

Still, the association was seen among all women, regardless of social background or how affluent the mothers-to-be were. And the risks, said Bond, were significant.

For example, Bond noted that "both low birth weight and preterm birth are known to be associated with an increased risk of serious health issues, and not just immediately after birth, but over the course of their lifetime."

But what is it about moving that is so problematic for a newly pregnant woman? For now, the team can only speculate.

"For one thing, stress can trigger a biological pathway of hormones that can influence the health of a developing baby," said Bond.

The physical lifting and packing that moving entails may also play a role. And moving can also "disrupt important social support networks," throwing a wrench into prenatal care routines, she suggested.

According to the U.S. Census Bureau, about one-third of all Americans have moved over the last five years. And, as Bond acknowledged, "The reality is that pregnancy is a time in many people's lives when it makes sense to move."

So, what are concerned parents to do?

Bond emphasized that her investigation "is not a substitute for medical advice from a health care professional. [But] pregnant people should make sure they are discussing their plans to move with their health care provider, just like they would any stressful event."

Another critical line of communication? The one between partners.

So advises Dr. Nicholas Vasquez, who was not a part of the study team, but is an emergency physician with the Chandler Regional Medical Center in Arizona.

"The nature of the relationship between spouses may have a key role in how all this plays out because when a baby is coming, the biologic imperative for mothers is often to put themselves last—to absorb all of the burdens swirling around them to protect the baby," said Vasquez.

"But how hard this stress and anxiety and uncertainty hits the mother, and perhaps the child, has a lot to do with what the spouse does," he added. "Is the spouse supportive or not? Is the spouse willing to take the burden of moving off the mom as much as possible? Does he say, 'I got this'? If he does, that may very well decrease the likelihood of a negative impact on the baby."