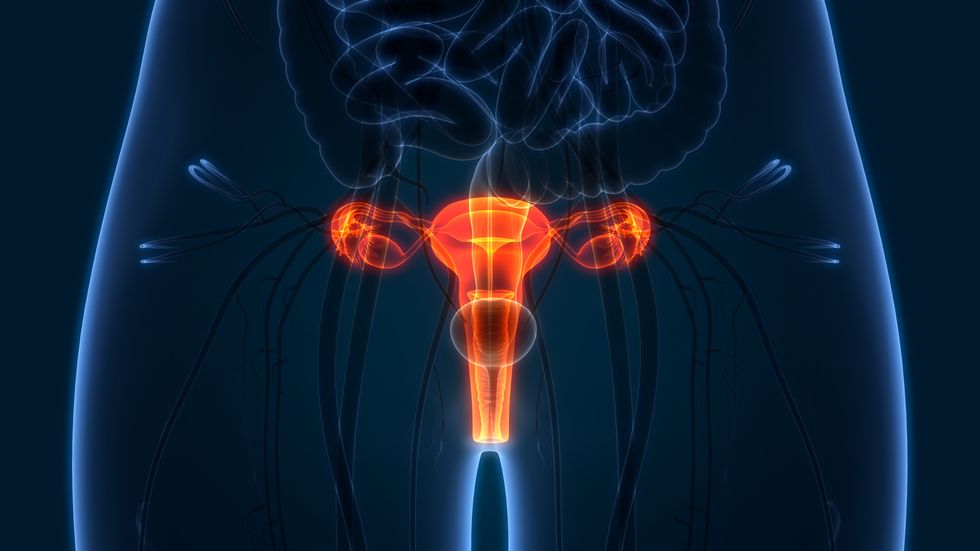 The Cervix Is Sensitive, and Surgeons Need to Acknowledge the Part It Plays in Some Women’s Pleasure

Sexual health experts say it's a misconception that the cervix is insensitive, which can have implications for some medical procedures.

“Sexual Response in the Human Female,” popularly known as the “Kinsey Report,” generated an international sensation in 1953, revolutionizing the way society thinks of sex.

One particular statement in the book regarding the cervix, however, has been misinterpreted leading to a misconception that persists today. On page 584, Kinsey states, “All of the clinical and experimental data show that the surface of the cervix is the most completely insensitive part of the female genital anatomy.”

Along with our colleague, physician Irwin Goldstein, we are specialists in neuroscience and sexual medicine. We believe Kinsey’s statement has led healthcare providers to conclude, erroneously, that the cervix is devoid of sensory nerves and can be cut or removed without consequence.

A closer look at the data

The Kinsey investigators reported when the cervix was “gently stroked” with a “glass, metal or cotton-tipped probe,” only 5% of 878 women reported they could feel it. This data was the basis of Kinsey’s claim of cervical insensitivity.

However, when the investigators stimulated the cervix of the same women with “distinct pressure” using “an object larger than a probe,” 84% of the 878 women reported they could feel it. Kinsey’s conclusion did not take into account his own significant finding.

There is extensive clear data from diverse sources that women can certainly feel stimulation of the cervix. Women commonly report they can feel the Pap smear procedure in which tissues are scraped from the cervix surface.

Surgery and the cervix

Researchers also know the cervix is sensate based on the effects surgery can have on it. While well-intentioned medical procedures are designed to treat significant gynecological problems, in the process, they can cause damage to the nerve supply of the cervix.

Another review of recent hysterectomy procedures, though, found no significant difference in the effects on sexual response between the two types of surgery. However, while the majority of the women reported an improvement in their sexual response, due to the resolution of the problem that necessitated their hysterectomy, in almost every one of the 22 reports reviewed, multiple women stated that their genital sensations were diminished. The discrepancies in the literature might well be due to different women’s preferred source of stimulation.

In another common surgical procedure for treatment of stress urinary incontinence, surgeons insert a mesh “mid-urethral sling” between the vagina and the urethra to produce a slight bend in the urethra, thereby adding resistance to the flow of urine. The sling may damage nerves that carry sensation from the vagina and cervix. Indeed, some women report reducedorgasm satisfaction after surgery.

Talk to your doctor

Doctors should be aware that three pairs of nerves – pelvic, hypogastric and vagus – convey sensation from the cervix to the brain. If any of these nerves are compromised, it can profoundly affect sexual pleasure. If surgical treatment is necessary, doctors should attempt to avoid the location of critical nerve pathways to minimize sensory damage.

Patients and their health care providers are often reluctant to discuss sensitive issues, such as possible side effects relating to sexual pleasure. At the very least, doctors should inform their patients of the possible detrimental consequences of their proposed treatment.

[You’re smart and curious about the world. So are The Conversation’s authors and editors.You can read us daily by subscribing to our newsletter.]