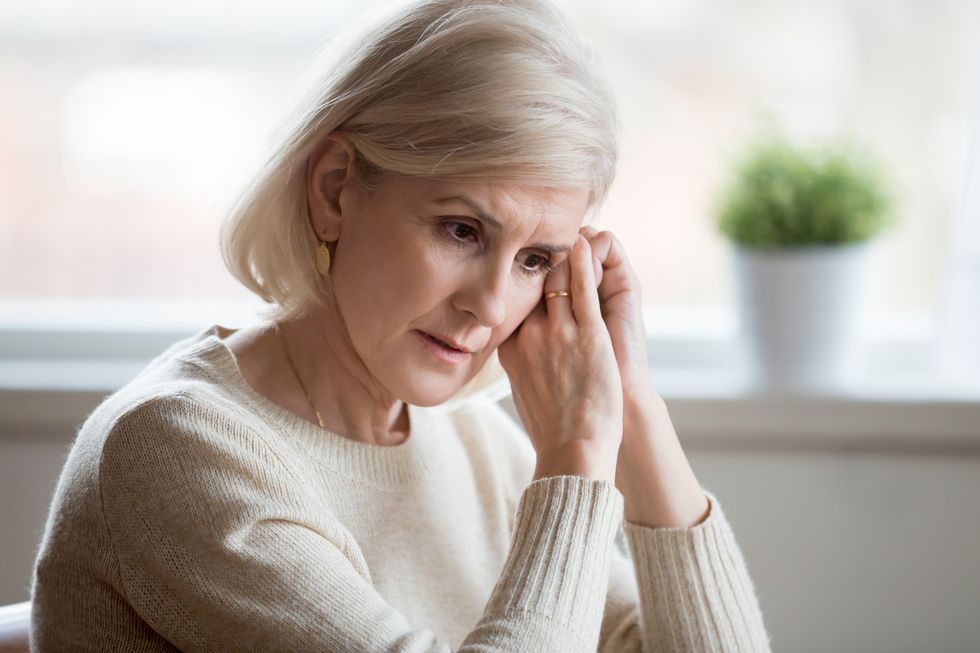 Can Menopause Cause Brain Fog?

Those memory lapses you may be feeling in perimenopause and menopause are very real. Falling estrogen is to blame for brain fog. But, don't worry—you will recover.

It's not uncommon for women going through menopause to complain about their memory. Are those bouts of forgetfulness real or imagined? Or something else entirely, like some sort of dementia?

Exactly. It's not just in your head. Menopause and brain fog are linked. If you need more than your own personal bouts with brain fog or fuzzy thinking for evidence, take a look at this: One 2012 study in the journal Menopause found that when premenopausal women were given a battery of cognitive tests, the ones who identified themselves as having memory problems were the same ones who had trouble completing challenging tasks. That's right. These same group of women also scored low on tests of working memory. And lest we forget to tell you, they also had a hard time processing new information.

Other research has supported the link, too.

And the culprit is …?

Estrogen, naturally. It's not only hot flashes and night sweats that happen when this hormone plummets. There are significant brain changes, too. This is evident in many ways. Just try asking your (menopausal) friends how many times they've lost their keys, had trouble organizing tasks or forgot things like a word, an appointment or their good friend's name this week.

And MRIs show it, too. When 200 men and women between the ages of 45 and 55 were given standard memory tests, the functional MRI scans that tracked their brain activity found that women with lower levels of estradiol (a form of estrogen produced by the ovaries) did worse on those tests and had more pronounced changes in their brain activity.

Got it. But what about things that menopause brings, like depression, sleep issues, hot flashes and night sweats, which all make my brain hurt?

While they all can definitely cause memory problems, they're not the primary cause of cognitive issues in women. It's estrogen, quite clearly, as shown in this study published in the American Journal of Epidemiology.

Does this brain fog affect a lot of women?

Affirmative. Up to 60 percent go through what's known as "menopause-related cognitive impairment," according to some studies. So, that means if two friends going through menopause talk to each other, there's a good chance one out of the two will forget some details of that conversation. Think of it this way: There will always be something new (?) to talk about!

But then again, there are women who find no changes at all in the way their brains function around menopause. Though researchers don't know exactly what differentiates them from the others, they think it might be that their brains are resistant to the waning levels of estradiol. Or maybe their brains are able to draw estrogen from sources other than their ovaries (like maybe from body fat or by converting testosterone). Or it could also be that these women are protected by doing physical or mental exercises.

So will this be my new normal? A semi-functioning brain?

Fortunately not. It's found that after menopause, the body "rights" itself and, like a loyal dog gone missing, brain function returns after a while. Let's just say that this too shall pass.

That sounds promising. What can I do while I wait it out?

Fortunately, there are things you can do to boost your mental health—things that are shown to help anyone, even if they're not passing through menopause.

For some, short-term hormone replacement therapy can help. Nonhormonal treatments used for hot flashes (like the antidepressant paroxetine, or Paxil, and the anticonvulsant and pain reliever gabapentin) have also been found to be helpful in relieving cognitive symptoms for some.

Healthy lifestyle changes like adopting a Mediterranean diet (rich in fruits, veggies, whole grains, legumes, nuts and healthy fats), exercising and minimizing alcohol consumption can all be brain-protective and boost brain health and your mood. (Because, face it, memory problems can cause anxiety and mood problems, too.)

Anything else I should know about brain fog and menopause?

Since it might take longer than it usually does to do certain things like remember someone's name or cement a new piece of information into your memory, it could be helpful to repeat it out loud or repeat it back to the person who has said it to you. That's one way to help you hold onto that information longer, say experts.

And don't underestimate the power of things like crossword puzzles, learning a foreign language or reading. The goal is to find things you enjoy and challenge your brain at the same time. A win-win—and a way to manage your menopause that much better.

Give this a thought, too.

Though it's annoying and disheartening to find your once-sharp brain not functioning on all cylinders, the good news, according to studies, is that these changes are temporary and there's no link to diseases like Alzheimer's or other forms of dementia.