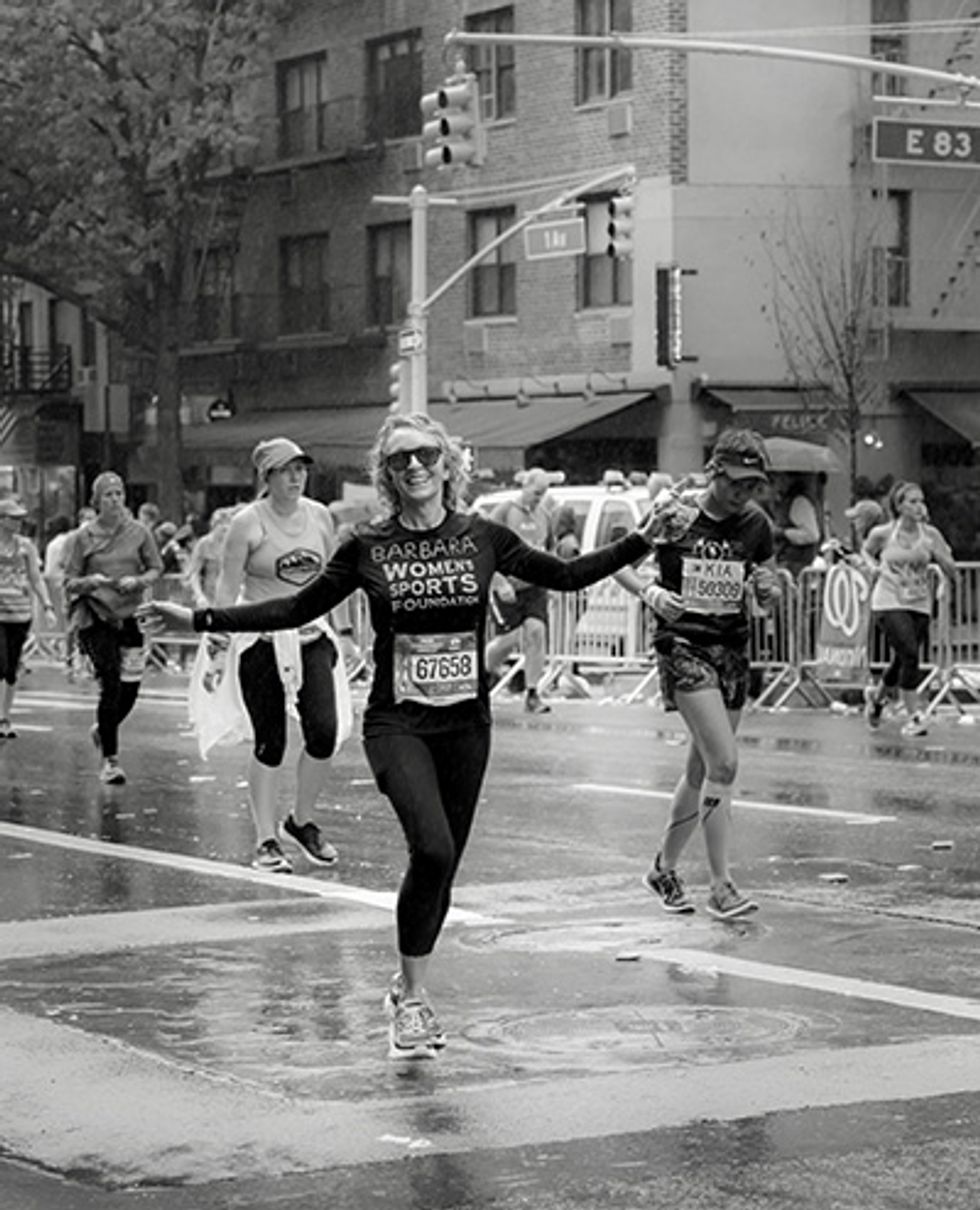 Bone Health Ambassador Will Run for a Cause

Team of women will run the New York City Marathon to raise awareness and money for bone health so women can live vital, active lives as they age.

When, at age 50, Barbara Hannah Grufferman received a diagnosis of osteopenia, she decided to take action—and run. Eleven years later, at 61, Barbara, a Bone Health Ambassador, trustee of the National Osteoporosis Foundation (NOF), HealthyWomen Ambassador, and author of Love Your Age: The Small-Step Solution to a Better, Longer, Happier Life will be running her fifth New York City Marathon along with her Be Bone Strong team of seven women between the ages of 44 and 65.

Each woman has a deeply personal connection with bone health, and each is passionate about raising awareness and funds to promote the importance of bone health for a vital, active lifestyle as you age.

Osteopenia is not the same as osteoporosis, although the terms are often confused. Osteopenia refers to lower-than-normal bone density, while osteoporosis is considered more serious than osteopenia because the bone loss is more severe. But they both involve the loss of bone density, which puts you at an increased risk of suffering a fracture from a fall—even if the fall is minor.

Many times, osteoporosis goes unnoticed—until you fall and break a bone.

The peak bone-building years are when you're young. We reach peak bone mass, defined as the greatest amount of bone an individual can attain, in our late teens and early 20s, which is why it's especially important for children and teens to get enough calcium-rich foods and vitamin D and stay physically active.

If you're unable to do those, or choose not to, low-impact weight-bearing exercises can also help keep bones strong. Using the elliptical machine, doing low-impact aerobics, walking fast on a treadmill or outdoors or using a stair-step machine are all safe alternatives.

Additionally, to preserve strong bones, maintain an adequate supply of calcium and vitamin D; avoid smoking, second-hand smoking and heavy drinking; and make sure to include calcium-rich or calcium-fortified foods in your diet.

Find out more about Keeping Your Bones Strong at Midlife.

But Barbara's mission goes beyond herself and other women at risk of osteopenia and osteoporosis. She is also running for her mother, Virginia Beach resident Pauline Chou, 82, who has osteoporosis and fell 10 months ago, resulting in broken ribs, fractured vertebrae and severe internal bleeding, which almost took her life.

"She can no longer live at home and must depend on others for just about everything," says Barbara. As a result, she's developed pneumonia several times. "Her life has forever been changed, and I don't want that for myself or for anyone I know."

Read these Recommendations to Prevent Falls.

Come marathon day, Barbara will meet the other members of her team—who were recruited through social media and are scattered throughout the country—face-to-face for the first time. This team of eight women will gather at the starting line along with 50,000 other runners, in anticipation of completing the challenging 26.2 miles through five boroughs of Manhattan, working their bones while sending the message that it's never too late to think about keeping those bones strong.

What You Need to Know About Osteoporosis

How I Found an Outpatient Solution to My Vertebral Compression Fracture

After My Spine Fractures, Doctors Put Humpty Together Again – Twice

The Back Surgery Innovation That Gave Me My Life Back