A. Rochaun Meadows-Fernandez is an award-winning diversity content specialist and activist who covers topics related to health and identity. Her work can be read many places including The New York Times, Yes! Magazine, and The Washington Post. 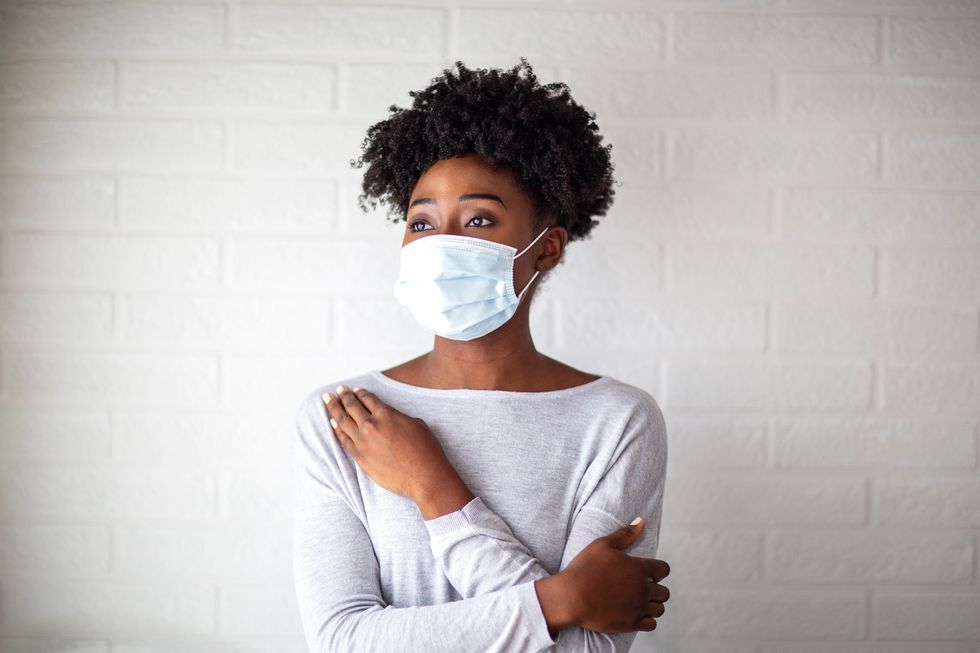 For Black Americans Living Through a Pandemic, the Stakes Are Frighteningly High

Not only are Black Americans more likely to be at high-risk due to chronic health conditions, but they are also seeking treatment in a health-care system that has traditionally discriminated against them.

Millions of Americans are at high-risk of experiencing severe illness should they become infected with coronavirus, which can cause the respiratory disease known as COVID-19. This high-risk pool includes individuals who are over 65, immunocompromised, elderly or suffering already from chronic medical conditions, such as diabetes, heart disease or asthma

Because Black Americans suffer chronic diseases at higher rates than their white counterparts, this population has reason to worry about this virus. And because the pandemic is playing out in a health-care system that has traditionally delivered lower quality care to Blacks, we have even greater reason to fear.

I know this fear first-hand. My mother, who has an autoimmune disease, is at high risk, while other close relatives suffer from cancer and diabetes, or are simply elderly. I worry that when one of us needs testing or treatment, we won't get the necessary care we deserve.

To understand what additional challenges Black Americans are facing during this pandemic, I reached out to Icilma V. Fergus, M.D. an associate professor of medicine and director of cardiovascular disparities at Mount Sinai Medical Center.

Too Many Myths, Too Few Facts

According to Fergus, misinformation shared online may have hurt Black Americans.

"There are certain avenues, such as social media, which at times may misrepresent facts," Fergus told HealthyWomen in an interview. "Misinformation about African Americans being 'immune' to COVID-19 may have led to some disregard for recommendations from WHO and CDC."

Iclima was referring to the false claim that people of African origin could "resist" the virus, according to the South African-based fact-checking site AfricaCheck. The news agency Reuters reported that the false claim has appeared in social media posts around the world.

While Fergus said she did not know if Blacks were less likely to take precautions like social distancing, she did say that such misinformation might encourage "precarious behaviors" that "could lead to Blacks suffering disproprotionately."

Meanwhile, notable Black individuals, such as actor Idris Elba and Utah Jazz player Rudy Gobert, have publicly shared that they have tested positive. New Orleans has said good-bye to beloved DJ Black N Mild and famed jazz pianist Ellis Marsalis, who both died of the infection. Elba has been vocal in dispelling the myth that Black people are immune. In a live video on Twitter, he condemned such "conspiracy theories" as "dumb, silly, and very dangerous."

While such misinformation continues to circulate, important information — such as what symptoms to look for and how to get tested — may not be reaching enough Black Americans, according to Fergus.

"Right now, there are definitely testing centers available, but they're not widely known. The general person who's not aware of what's available will not know [where to go]. If they just walk to an ER with so many being triaged, they would be overlooked."

It's important to note that the Centers for Disease Control (CDC) recommends that patients who develop symptoms of COVID-19 should call their medical provider or the emergency room and follow their instructions.

A group of doctors in Virginia has already written a public letter suggesting that Black Americans are being untested and undertreated. The letter called on public-health authorities to release data on the race and ethnicities of those who have been tested so far.

Fergus suggested that Black communities should be targeted with specific outreach. "I think there needs to be a concerted effort of individuals reaching into patient populations to bring resources and speak in a way that people understand," she said.

Research on health disparities has long shown that Black people report higher levels of mistreatment, misdiagnosis, and feelings of being ignored. Women as a group also encounter biases in diagnosis and treatment, as do those with chronic disease. Many like my mom exist at the intersection of all three categories.

Fergus pointed out that while some have the luxury of seeking out health-care providers who look like them or have cultural similarities, the lack of medical professionals of color makes that difficult for Black patients.

Her advice to marginalized patients is to know their rights and seek out others, such as patients advocates, who can speak on their behalf. In an age of coronavirus, however, many of those channels may not be available. For example, most hospitals are restricting visitors, thus separating patients from family members or friends who may be their best advocates.

Yet access to hospitals itself remains a problem. Our hospital system is severely segregated, leaving Blacks more likely to live in communities where already overcrowded hospitals are understaffed, underfunded and more likely to be closed.

On the wrong side of triage

Research also suggests Black people are assigned lower priority when triaged in emergency departments. Now imagine that same system under the enormous stress of the coronavirus outbreak, as physicians and staff make split-second decisions about who gets a test or an ICU bed. There's a growing dialogue about how these triage decisions may widen the already painfully wide racial gaps in health care.

Unfortunately, these discussions are taking place with incomplete data. As historian and author Ibram Kendi has pointed out, neither the CDC nor most other institutions tracking COVID-19 have released data that includes race or ethnicity. As a result, wrote Kendi, who directs American University's Anti-racist Research and Policy Center, Black Americans may already be sick and dying at higher rates than other Americans.

To Fergus, the cardiologist, the emerging disparities of the pandemic require urgent attention. At the end of our interview, she quoted the late Reverend Dr Martin Luther King, "'Of all the forms of inequality, injustice in health care is the most shocking and inhumane.'"

Wondering if the Covid-19 Vaccine Is Safe for Your Child?