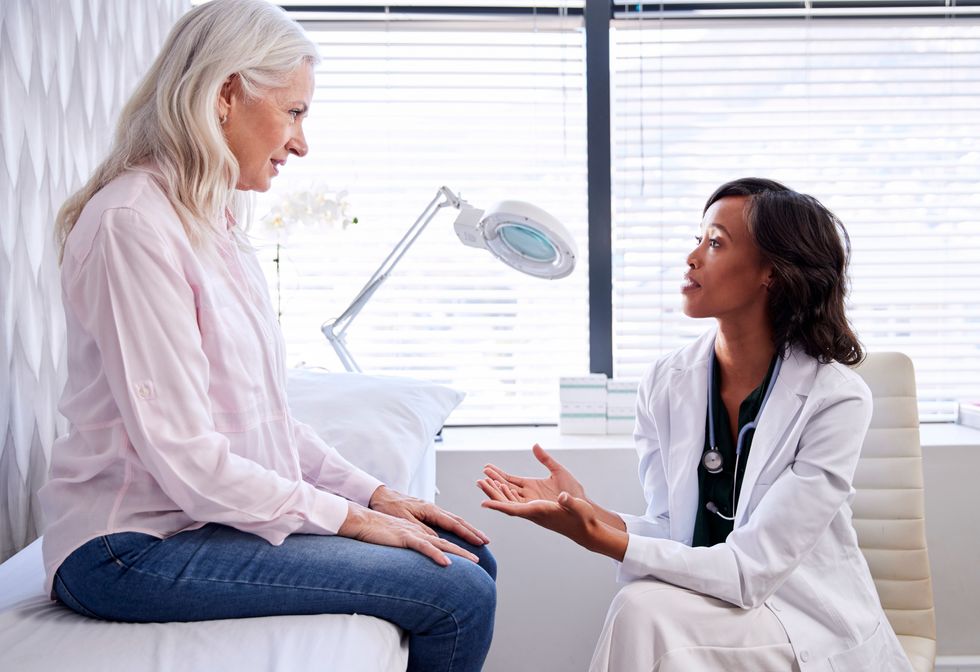 Another Study on Hormone Therapy and Breast Cancer

A new study reopens the debate over whether hormone therapy used to treat the symptoms of menopause raises women's risk of breast cancer.

As you may have seen in the news, a study was recently released that renewed the debate on the relationship between hormone therapy (HT) and breast cancer. Conducted by the Collaborative Group on Hormonal Factors in Breast Cancer, the study looked at data from 58 studies, which, taken together, included over 108,000 cases of invasive breast cancer.

How much might it increase the risk? Five years of HT starting at age 50 translates into about one extra case of cancer per year for every 50 women taking a combination of estrogen and progestin daily, an additional case for every 70 women taking estrogen plus intermittent progestin, and an additional case in 200 women using estrogen only. In women using the treatments for 10 years, the number would be twice that. No increased risk was found for women using vaginal estrogen.

Alarmist headlines get our attention, but there are good reasons not to panic. First, the results show association, not causation (an important distinction). Second, as the North American Menopause Society (NAMS) points out, the report is based on old prescribing practices for HT, including oral estrogens and regimens that are now rarely used because we know their adverse effects.

So, the report doesn't tell us anything about the risks associated with current prescribing practices. Finally, the absolute risks are low and could be the result of bias in the research.

According to NAMS, the Women's Health Initiative randomized trials still provide the best estimate of absolute risk for breast cancer associated with the use of HT—six additional cases per 10,000 women per year.

An important finding in the study was that obesity is itself a sufficient risk factor for developing breast cancer so that HT did not appear to add risk. That is, being obese raises the risk of breast cancer as much or more than HT, depending on other factors—like age and specifics of HT.

For me, the findings of the study just confirm my belief that treatment for menopausal symptoms needs to be customized for each woman, given her risk factors, symptoms and preferences. For example, the study talks about an "increased" risk for younger women who are on HT because they've gone through menopause early. But they have no more risk of developing breast cancer than their premenopausal friends, and taking HT until the natural age of menopause can offset the risk of developing other serious conditions.

Learn more: What Every Woman Should Know About Menopause.

I recommend being up on the latest information on health-related issues, but nothing beats talking to a well-informed doctor about what is right for you.

Global Guidance for Testosterone for HSDD

Hormones and the Heart: What You Need to Know

How Hormone Levels Get Off Track

Signs of a Hormonal Imbalance

Signs of High Testosterone in Women