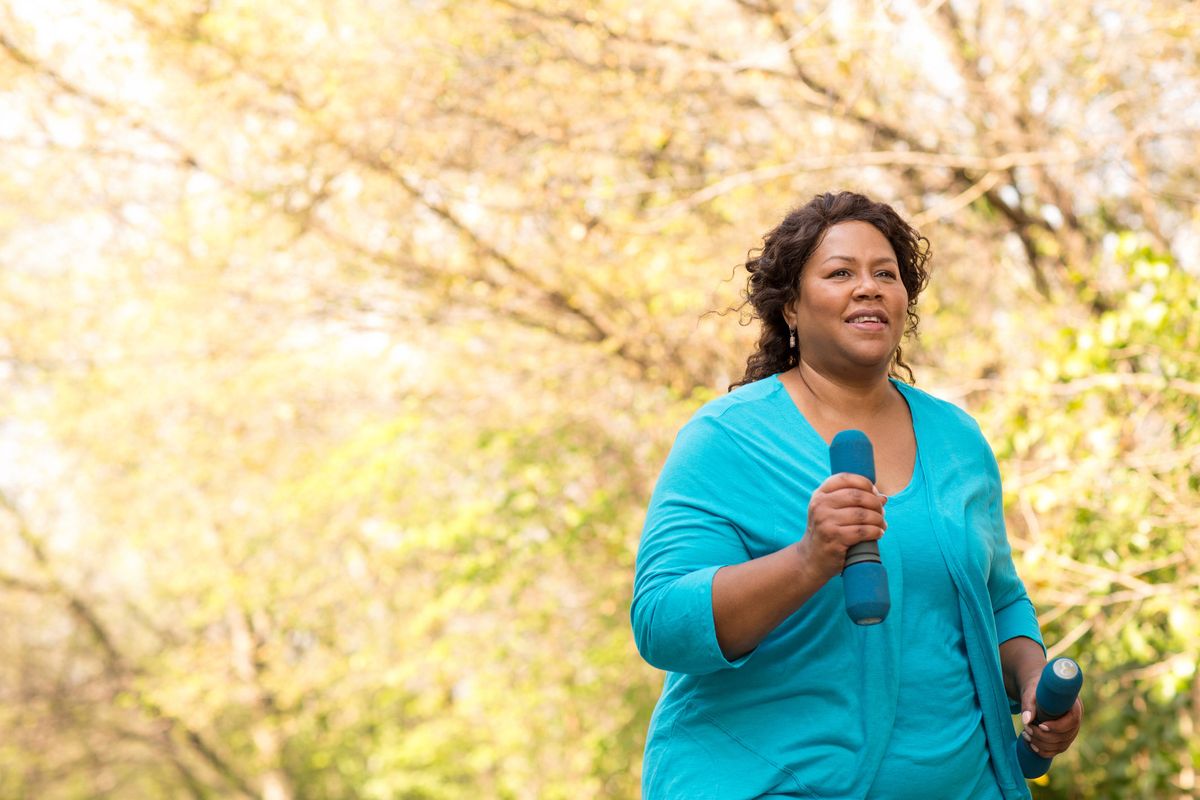 Menopause doesn't cause breast cancer, but the risk increases with age. Here's how to improve your odds.

Five years ago, I felt a lump in my right breast and was later diagnosed with stage 3 breast cancer. The cancer was hormone positive, so along with chemotherapy, radiation and double mastectomy, I took drugs to block the production of estrogen in my body — and went into early menopause at the age of 33.

Since there was that pesky cancer to deal with, I didn't really think about menopause until one afternoon, I was at work typing away, when an intense warmth began to spread throughout my body — as if my insides were being rotated over hot coals. The heat was palpable and streams of sweat began to pool in the space between where my breasts used to be. I hastily made my way to the bathroom, avoiding eye contact with co-workers, as droplets of sweat rolled south past my knees.

For many women entering menopause, symptoms such as hot flashes and vaginal dryness can be intense and can last for years. And for some women, their risk for breast cancer may increase when they enter the menopause years.

A recent study from the Susan G. Komen Foundation found that the risk of breast cancer increases for women who enter menopause later in life; the breast cancer risk increases by about 3% for every year older a woman is when she enters menopause.

Dr. Sabrina Sahni, a clinical assistant professor in the Department of OB-GYN & Reproductive Biology at Cleveland Clinic Lerner College of Medicine and a member of HealthyWomen's Women's Health Advisory Council, said the study proves that certain risk factors are simply beyond our control. "But what can we do to mitigate our risk — that's really what the focus should be on," she said.

Many factors for developing breast cancer are unmodifiable, including age, family history and race.

It's important to note that no food or diet can prevent breast cancer, but if the overall goal is to keep your body in good health, dietitians recommend consuming more than five cups of fruit and vegetables a day and avoiding processed meats and charred or smoked food.

Smoking and alcohol can also increase the risk for breast cancer. A 2017 study published in Breast Cancer Research found that women who smoke for more than 30 years increased the risk of developing breast cancer by 22%.

Drinking alcohol has been linked to an increased risk for breast cancer for both pre and postmenopausal women, in many cases because alcohol limits your liver's ability to control blood levels of the hormone estrogen, which may increase risk.

Perhaps the most important factor for women to consider when entering menopause is weight. According to research, a high body mass index (BMI) is linked with a higher risk of breast cancer after menopause because fat tissue becomes the body's main source for estrogen following menopause, which may increase risk.

"Obesity is a big factor in terms of cancer risk, and it is becoming one of the most serious health problems in the world," Sahni said. "Weight management and increasing physical activity are really the two most important things women can do to reduce cancer risk."

The American Cancer Society recommends 45 to 60 minutes of physical exercise five or more days a week, and recent research suggests that physical activity significantly reduces the risk of breast cancer among both premenopausal and postmenopausal women.

The link between obesity and breast cancer is especially concerning for Black women. According to the U.S Department of Health and Human Services, Black women are 50% more likely to be obese than non-Hispanic white women. And research from the American Cancer Society states that Black women are twice as likely to die from breast cancer versus white women when diagnosed over age 50, which is around the age that most women start menopause.

Social and economic disparities such as access to health care and treatment options also play a significant role for Black women on top of the risk factors that all women face.

"My biggest worry is the influence of the obesity epidemic in the African American population," Sahni said. "It all goes back to managing weight, optimizing physical activity, and stressing the importance of routine mammographic screening."

The question of hormone replacement therapy

Sahni, who is also a specialist in the management of perimenopausal and menopausal disorders, said that hormone replacement therapy (HRT) is a safe and effective treatment for many women. Symptoms — including insomnia, osteoporosis and irregular periods — may get better with HRT, and women should discuss options with their healthcare provider.

However, for women with a history of breast cancer, the use of systemic hormone therapy is generally not advised, but that does not mean you have to sweat in silence.

"Things like vaginal estrogen specifically for vaginal and urinary symptoms actually can be considered in conjunction with a woman's medical oncologist," Sahni explained. "Try the nonhormonal options first, and if that's not enough, know that we have a lot of different options to help."

For those of us still soaking our sheets at night, Sahni said new nonhormonal agents are on the way. "There is one in the pipeline undergoing clinical trials. My hope is that we have another exciting option to help treat menopausal symptoms in women with a history of breast cancer," Sahni said.

Menopause is hard enough, and although there is no surefire way to prevent breast cancer, women can help reduce the risk by quitting smoking, limiting alcohol and maintaining a healthy lifestyle.

After you undergo a mastectomy, making decisions about a reconstruction is often the next step

Do You Have Dense Breasts?