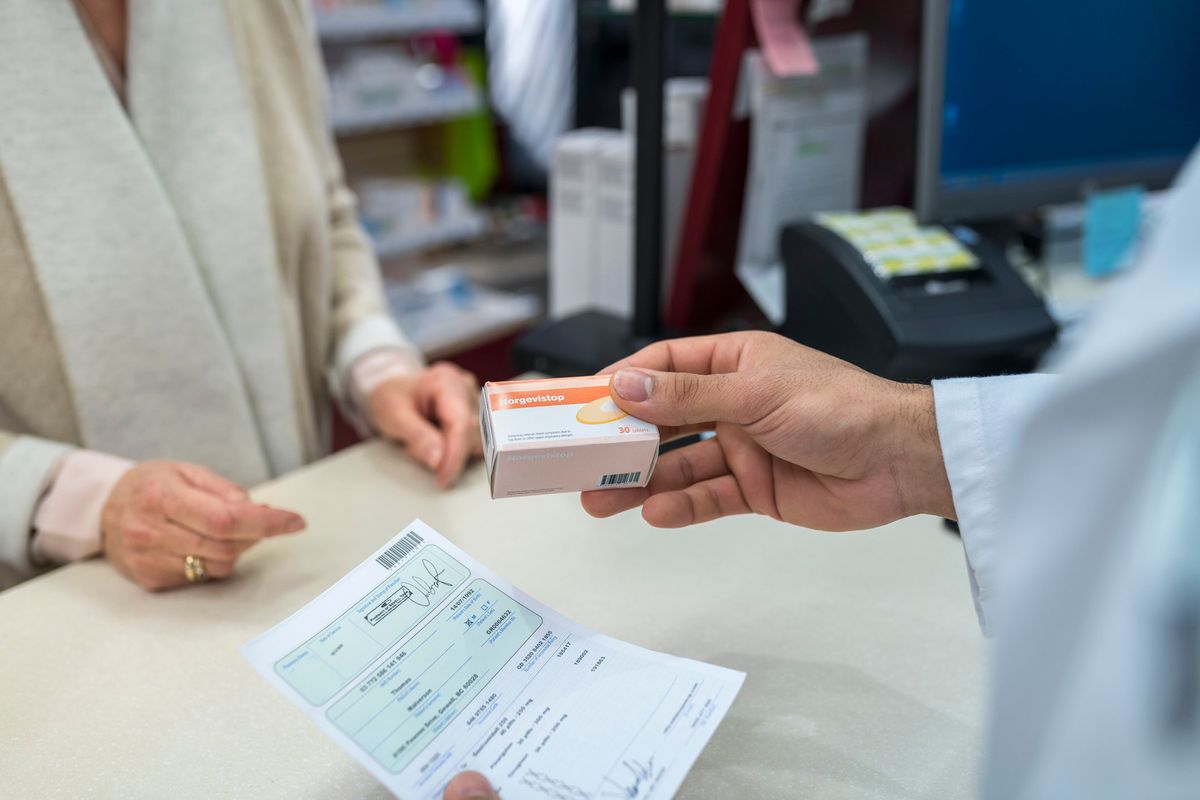 Consumers face the possibility of higher drug costs under a federal rule finalized this spring by the Trump administration.

She has gotten relief from medications, but they come at a high price. For a while she was on Humira, made by AbbVie, with an average retail price of roughly $8,600 for two monthly injections. When that drug stopped working for her, Brown's doctor switched her to a different drug. Today she is using another injectable, Skyrizi, also by AbbVie, which costs about $36,000 for two quarterly injections — nearly 40% more annually than Humira.

The pharmaceutical company offers an assistance program to help consumers like Brown pay their share of the drug, and that has helped her cover her copayments. However, she faces the possibility of higher drug costs under a federal rule finalized this spring by the Trump administration.

The rule, an annual directive that sets health plan standards for 2021, permits employers and insurers not to apply drug company copayment assistance toward enrollees' deductibles and out-of-pocket maximums for any drug. That means only payments made by the patients themselves would factor into the calculations to reach those spending targets and could make individuals responsible for thousands of dollars in drug costs.

Advocates for consumers with chronic conditions say the rule will make it harder for patients with conditions such as cancer and multiple sclerosis who rely on very expensive drugs to afford them.

"I understand that the administration doesn't want to encourage patients to take higher-priced drugs," said Carl Schmid, executive director of the HIV + Hepatitis Policy Institute. "But … these are people who have HIV and other chronic conditions who take drugs that don't have generics."

Patient advocates had hoped the administration would allow employers and insurers to apply these restrictions only if a patient was taking a brand-name drug that had an appropriate generic alternative. In the rule that set standards for 2020, the administration initially seemed to take that approach. But, faced with criticism by employers and insurers, it said last summer that it would reconsider the position.

Drug company programs that provide copayment assistance to consumers have long been controversial. Employers and insurers say they encourage people to take expensive brand-name drugs instead of equally effective but cheaper generics.

Consumer advocates counter that many of the drugs consumers take for chronic conditions have no alternative. Research has shown that generics exist for about half of the drugs that offer copayment assistance.

Drugs to treat patients with hemophilia cost an average $275,000 annually, said Kollet Koulianos, senior director of payer relations at the National Hemophilia Foundation. There are no generic alternatives.

"We're not talking about $5 coupons in the Sunday paper," Koulianos said. "We're talking about high-cost specialty drugs, where they have to take this drug month in and month out for years. [Patients] just can't make the math work" without financial help.

The Business Group on Health, which represents large employers, supported the provisions in the final rule that allow employers to opt not to apply the value of drug company copayments for any drug toward their employees' out-of-pocket spending limits, said Steve Wojcik, vice president of public policy. About a third of large employers have such programs in place, according to the organization's annual survey.

"If there's not a generic alternative available, a drug coupon may make sense," Wojcik said. "But it also begs the question: Why doesn't the manufacturer just lower the price at the beginning rather than issue a coupon?"

The final rule allows state laws regarding "copay accumulators," as these health plan programs are often called, to supersede the federal rule. Four states — Arizona, Illinois, Virginia and West Virginia — have passed laws that limit or prohibit their use, according to Ben Chandhok, senior director of state legislative affairs at the Arthritis Foundation. Seventeen states have considered similar bills this year, but it's unlikely any will pass given the pressure states are under because of the coronavirus pandemic, he said.

When lawmakers next meet, "they will most likely consider budget-related bills," Chandhok said.

Brown, 44, who works in auto insurance claims settlements, lives in Roanoke, Virginia. Her state is one of the few that require insurers to count payments made by drug companies on consumers' behalf toward their out-of-pocket spending limits. But her company is self-insured, meaning it pays its employees' claims directly instead of buying state-regulated insurance for that purpose. So the company isn't bound by Virginia's law and instead follows federal regulation.

A few years ago, her employer put a copay accumulator feature on her health insurance plan so the copayment assistance she received from the drug company for Humira no longer counted toward her deductible and out-of-pocket maximum spending limit for the year. That meant that once AbbVie's assistance maxed out for the year, she would be on the hook for the drug's full cost until she reached her deductible and then for cost sharing until she reached her plan's annual out-of-pocket limit.

The insurance change made her so anxious that she had a stress-related flare-up of her psoriasis, and for the first time broke out on her legs.

"I can't even describe to you how stressful that was," said Brown.

Fortunately, her doctor was able to provide Brown with drug samples, saving her from paying out-of-pocket for Humira.

There is no generic alternative for Skyrizi, the drug Brown takes now. This year, she aimed to reduce the odds that she'd be responsible for high drug payments by switching to a plan with a $2,000 deductible and a $3,000 maximum out-of-pocket spending limit. It's more expensive than her previous plan, but it reduces how much she may owe in drug copayments.

The AbbVie program will cover up to $16,000 annually in copay assistance for Skyrizi before Brown has to start paying out-of-pocket. She doesn't expect to exceed that level, so she hopes she's off the hook for this year.

But Brown acknowledges this problem isn't going away, and it's a constant source of worry.

"If I don't have the drug, my quality of life would just not be worth living," she said. "So I'll just keep accumulating debt if it comes down to that."