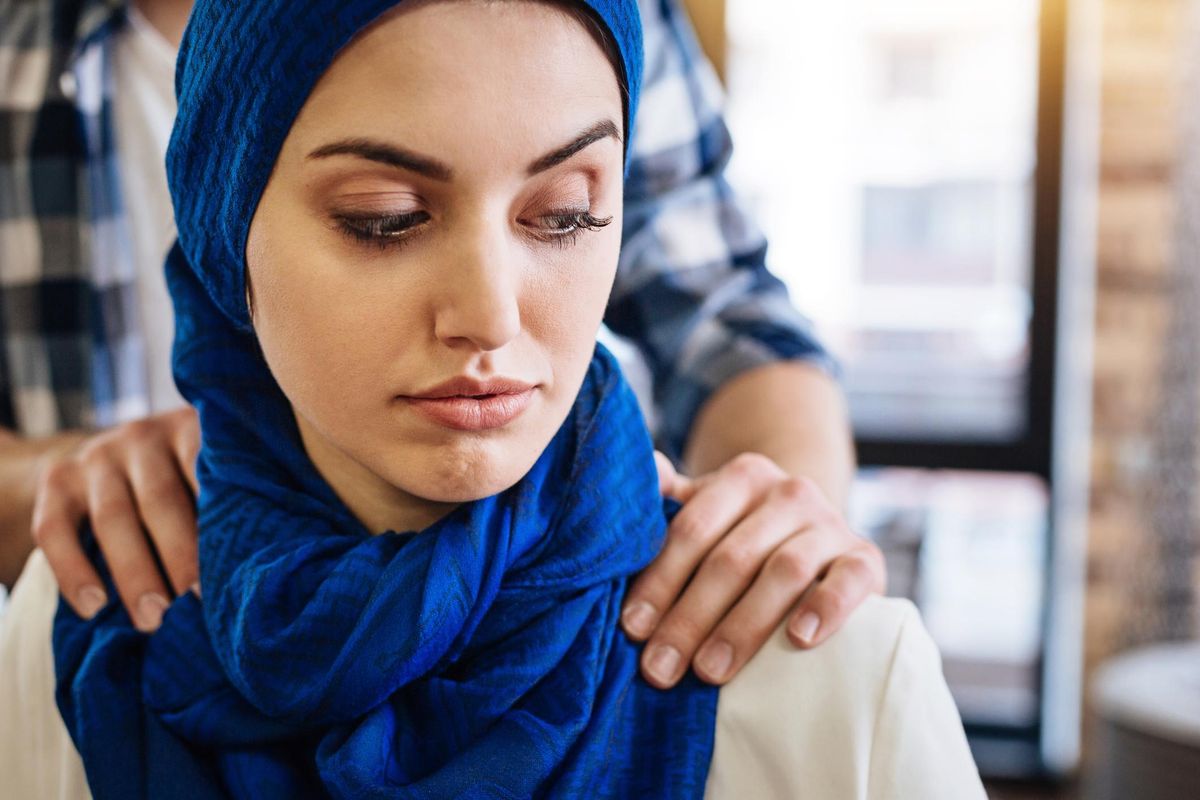 By Joseph A. Seiner, University of South Carolina

Sexual harassment allegations against New York Gov. Andrew Cuomo, including at least three from current or former aides, are a reminder of just how commonplace unwanted touching, propositioning and other inappropriate behavior is in the workplace.

My recent research explores the prevalence of toxic work environments – like the one described in Albany, New York – and just how startlingly common sexual harassment at work is.

I discovered that even when women try to find justice by suing their alleged abusers, their cases rarely see a courtroom.

My own extensive review of numerous studies, surveys and reports shows that sexual harassment at work is a very common occurrence for women, regardless of age or income level.

The numerous studies and surveys reveal that the share of women who experience sexual harassment at work could be as low as 25% or as high as 75%. The actual numbers varied considerably, depending on industry, location and how the question was worded, but they were generally quite high.

This kind of unlawful conduct occurs across all sectors of the economy, but recent studies show a high prevalence of sexually hostile conduct associated with workers in the gig economy and the fast-food industry.

Perhaps most troubling is the perception – and unfortunate reality – that engaging in this conduct will result in no real consequences. Indeed, among women who have experienced unwanted sexual advances in the workplace, almost all reported that male harassers usually go unpunished.

My review of case law and data bears this out.

The vast majority of sexual harassment claims are pursued through the civil courts and Title VII of the Civil Rights Act of 1964. Unlike prosecution under criminal law, civil plaintiffs may sue for damages, and the burden of proof is lower in these cases.

Additionally, criminal cases typically require more egregious conduct, such as a sexual assault, though some claims may proceed in both courts.

Under Title VII, harassment victims may sue their employer for sexual conduct that is deemed unwelcome, severe or pervasive, and when the employer has failed to properly act.

The Supreme Court raises the bar

But, as the Supreme Court has become increasingly conservative under Chief Justice John Roberts, it has added additional procedural hurdles for all employment discrimination victims, including those pursuing sexual harassment claims.

Most notably, in cases brought in 2007 and 2009, the Supreme Court articulated a rigid new standard for bringing civil claims – that the plaintiffs must allege a “plausible" claim for relief – which makes it far harder for workplace victims to bring them.

The plausibility standard is particularly difficult for employment discrimination plaintiffs to satisfy. These claims often require a showing of discriminatory intent, which can be difficult to establish early in a case.

The court also made it harder for women to aggregate their discrimination claims after it raised the threshold for all class-action lawsuits in a 2011 case involving Walmart. This raised the bar for women who sue their employers alleging pay and promotion discrimination. The same higher standard now applies to class-action sexual harassment claims as well.

It's often easier for a victim to prevail when a supervisor is involved in the unlawful conduct because, where a hostile work environment is established, the burden of proof shifts to the employer to show that it acted responsibly. But in 2013, the court changed who counts as a supervisor in the workplace, limiting it to someone with the power to hire, fire, promote or otherwise tangibly affect the accuser's employment.

An analysis found that this quickly resulted in 43 case dismissals.

Claims of sexual harassment with the U.S. Equal Employment Opportunity Commission, the federal agency established to administer and enforce civil rights laws against workplace discrimination, have remained quite consistent over the past decade. Of the 6,500 to 8,000 or so cases each year, only about 3% to 6% ever make it to a jury trial.

What happens to the thousands of other cases is less clear because of the many variables and mixed reporting standards. Cases may be dismissed early in the case, during discovery or even right before trial. Compiling this data in any meaningful way can be difficult, if not impossible.

To add to this problem, many other cases are settled, often pursuant to a nondisclosure agreement, which means the parties can't talk about what's in it, so the exact outcome in these cases may never be publicly known. Indeed, many potential claims may even be settled before a case is ever filed, further skewing any case data in this area.

My analysis of some individual harassment claims is still quite revealing and shows that the courts are – in many instances – failing to give these claims the attention they deserve. These courts seem to be requiring an almost impossible level of detail by the plaintiffs early in the case.

For example, in one recent case, a federal court dismissed a claim in which the alleged victim, a customer service agent and administrative assistant, asserted in part that her co-worker rubbed his genitals against her buttocks. In rejecting the claim, the court found the allegations insufficient, concluding that the victim “fails [to] offer sufficient factual detail that would allow the court to reasonably infer the frequency in which [the co-worker's] actions occurred over the course of her employment with [the employer]."

Another court dismissed a claim in which the alleged victim, who worked as a janitor at a manufacturing facility, maintained that she was instructed by a manager not to speak with other workers without permission “because she was a married woman" and that her fellow employees would be “trying to sniff that." The court held that the worker did not allege enough detail in the complaint to provide sufficient “facts to raise her right to relief above the speculative level."

And in a case in which a prison worker alleged that she was required to observe while “a female visitor masturbated in front of a male inmate" and overheard lewd language, the court found that there was not “a plausible hostile environment claim," at least partially as a result of the court's belief that the worker could not establish that any of the conduct occurred “because of Plaintiff's sex." In reaching this decision, the court specifically relied on the newly rigid plausibility standard adopted by the Supreme Court.

Given the difficulty women have prevailing on these claims, it may not seem surprising that Cuomo has mounted a defense and resisted calls to resign from not only his Republican rivals but members of his own Democratic Party as well.

Until employers and others are held to account in court for this type of unlawful harassing conduct, I believe that there will not be any relief for thousands of victims of sexual harassment.