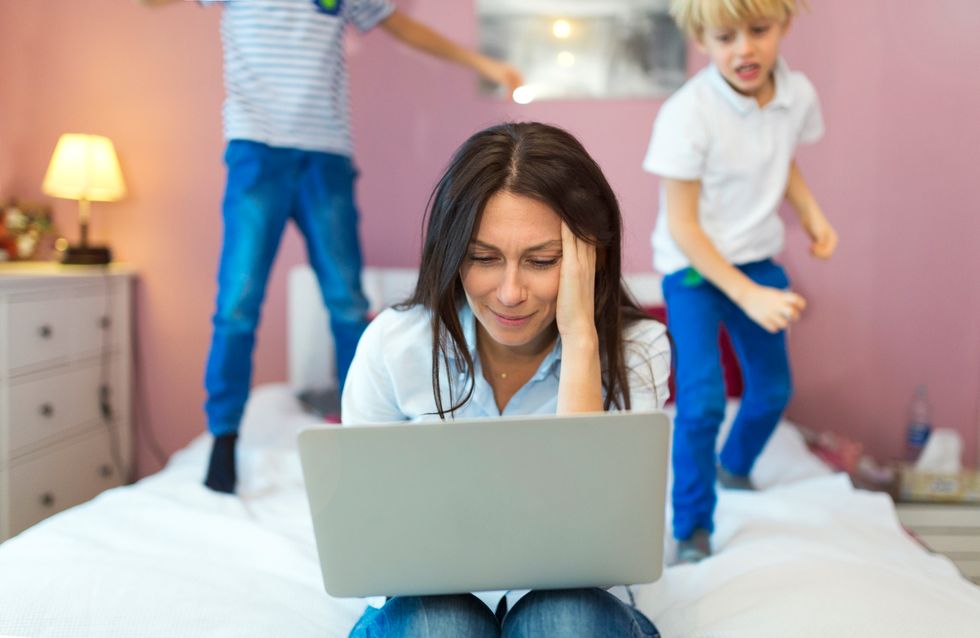 A national survey by Bright Horizons finds working moms are the best at managing teams, but stress and bias can lead to burnout.

About a year ago I wrote about how my husband and I divvy up the mental load of our family's daily life: making shopping lists, planning dinner, scheduling medical appointments, showing up on time for said appointments and so on.

What researchers call the mental load is the "third shift" that follows us home from work and stays long after we've washed the dinner dishes and helped our kids navigate their homework. It's the work of planning, scheduling, problem-solving and negotiating that goes into making our families run smoothly—and you won't be surprised to read that it still remains primarily a female burden to bear.

Indeed, last year researchers found that women are two times more likely to be the ones managing the household and three times more likely to be managing their children's schedules. All of which means most of us working moms serve not only as parent and caretaker of our homes, but also "unofficial keepers of where the entire family needs to be and when, and perpetual guardians against anything falling through the cracks."

The report also found the share of women finding it stressful to maintain a work-life balance had risen in recent years, with 52 percent on the verge of burning out because of their mental load.

I can relate. Even with my partner's help, my own mental load can still overwhelm, leading me to tips such as these from Women 2.0: Nine ways to combat burnout, or worse. (Who doesn't like to read what's working for a fellow type-A gal from the hard-charging tech start-up world?)

The news isn't all bad. This year, those same researchers from Bright Horizons, a national chain of child care centers, preschools and backup care, find that the very same skills we develop as working moms to carry our mental loads are also what make us great leaders at work. For example:

Even so, they also find that employed Americans still view working moms as somehow less committed to their jobs than, say, working dads (59% vs. 75%), while 82% of working moms say they face barriers to advancement at work.

None of which helps lessen our mental load as working moms (who, to be clear, represent the vast majority of women with children at home).

Instead, workplace bias acts like a thumb on the metaphorical scale to weigh us down even further economically, emotionally and physically. We wake up with brains jam-packed with the zillion details we juggle for work and home (and parents, volunteering, friends, pets and everything else in our lives), rush to get the kids to school and ourselves to work. There, we navigate pitfalls like mansplainers, gendered wage gaps, lack of role models, harassment and bias.

It's almost too much to bear. No wonder nearly 90 percent of women we surveyed last year reported feeling moderate to high stress. It's that feeling that can drive many of us to burn out.

What to do? Well, first, as my dad would say, "Don't let the turkeys get you down." But beyond that, let's take a moment—just a moment!—to stop and think about how we're caring for ourselves.

Oh, yes, I know. You don't have time. Neither do I. It's taken me 15 years of working motherhood to get back to working out so believe me when I say, I know. But I also know that self-care is our strongest weapon against burnout. Taking care of yourself will only give you more energy to serve all of those in your life that depend on you.

As we like to say at HealthyWomen: Self-care isn't selfish.

To that end, fellow keepers of the family calendar, let us vow together today to take a break, make a doctor's appointment, get some rest, eat some veggies, move a bit more—whatever it takes to put ourselves back on our own to-do list.

Start small, start big or start in between, but just get started. I promise if you push a task or two off until next week that your world won't come crashing down (especially if you can delegate said task to your partner, kid, parent or friend).

Even easier: Block out an hour on your calendar to do nothing at all. No one needs to know; we'll just keep it our little secret.

And if the world falls apart while we're gone, I'm sure someone will be sure to let us know.

Jennifer Owens is senior vice president of digital strategy for HealthyWomen. Previously, she launched Spring.St, served as editorial director of WorkingMother.com and founded the Working Mother Research Institute, where she published more than a dozen studies on the intersection of gender and work and led the Working Mother 100 Best Companies, among other initiatives.