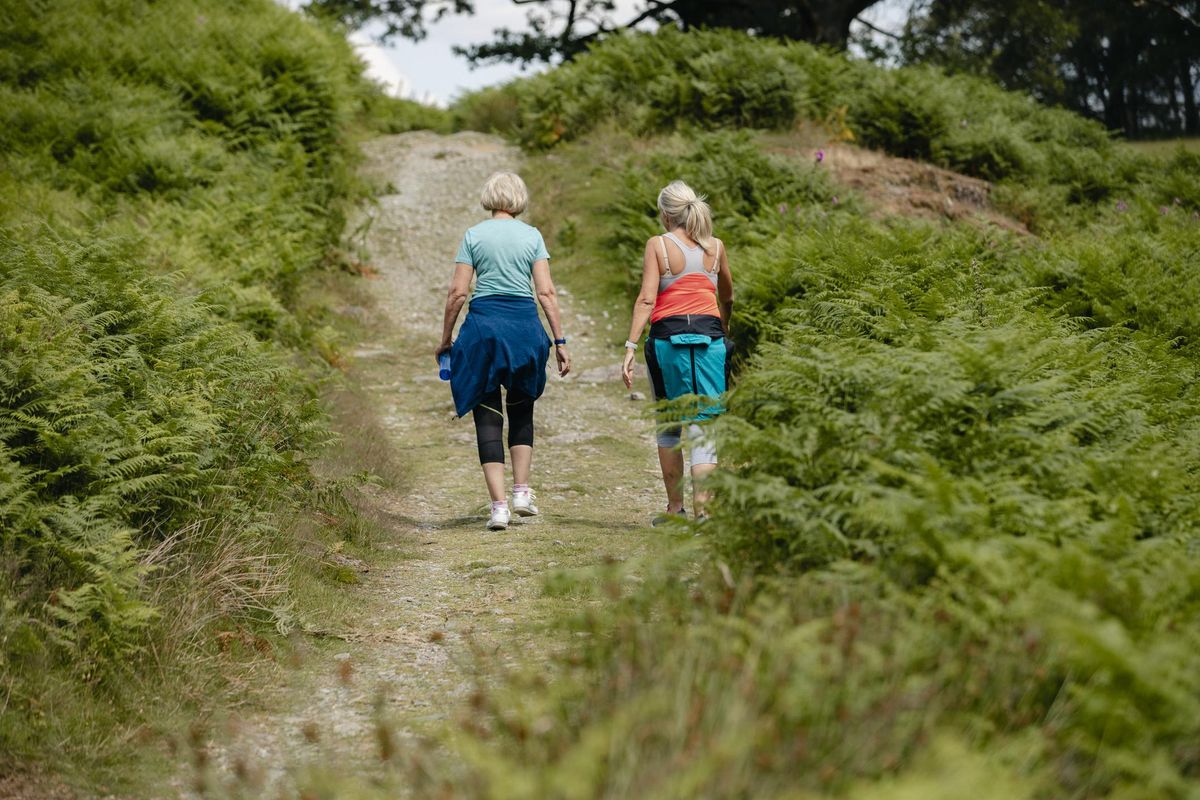 Being in nature has proven to benefit our mental health, so why not walk the walk while talking the talk?

My therapist kept telling me to get outdoors more. But I always had an excuse for not doing so. "It's too cold." "I went to the gym instead." "I meant to but got slammed with work." One day ahead of our session, she texted asking if I'd be up for having our session in a nearby park instead of at her office.

"I think it could be good for you," she said.

As one of the 40 million adults in the United States with an anxiety disorder and the 16.1 million adults living with depression, I am prone to cognitive rigidity, meaning, as psychotherapist Eliza Polli, Ph.D. puts it, I can be uncomfortable with change, even when I desire it. Getting outdoors more was something I wanted to do, but something I seldom acted upon because, when feeling depressed or anxious, I favored hunkering down inside over venturing on a hike.

So, when my therapist suggested we meet outdoors, my first instinct was to decline. Then I looked around my dreary desk space, cluttered with to-do lists and bills and realized that spending 45 minutes in the crisp autumn air wasn't the worst idea.

My self-consciousness melted away

During our session, I opted to walk instead of sit on a bench, and I felt almost immediately comfortable in a way I hadn't anticipated. The fluidity of walking beside my therapist helped make conversation flow. Gone were those awkward silences and my self-conscious concern that my therapist, usually staring directly at me, was studying my every move. I felt I could let down my guard without even trying.

We had a few more sessions outside, until a vicious winter set in. I ended up moving away and still haven't found a new therapist, but when I do, I'm hopeful they'll be up for meeting outdoors, too.

During Covid-19, outdoor therapy is an ideal option

I'm hardly the only one who enjoys doing talk therapy in nature. Polli, who has been conducting more and more sessions outside since the pandemic struck, estimates that around 75% of her clientele now prefer meeting outdoors to sitting in her office.

"Some clients love to take walks and some enjoy seated therapy outdoors," Polli said, adding that she now keeps camping chairs in her car should patients wish to sit. "Some were so dedicated over the winter, [we'd] meet even through the rain or snow."

Saundra Jain, Psy.D., a psychotherapist and adjunct clinical affiliate at the University of Texas at Austin and a member of HealthyWomen's Women's Health Advisory Council, finds that when presented with the choice, just about all of her patients would rather have sessions outdoors.

"Just when we're walking through the neighborhood, the conversation suddenly changes in a very positive way," Jain said. "It's hard to put into words exactly what it's like, but overall I would say people are less defensive. They're grounded and connected in a different way than when we're in the office. It's just a more natural interaction than sitting across from someone having a straight dialogue about their problems and difficulties."

Both Polli and Jain say their patients are also more likely to spend time outdoors when they're on their own after doing it in therapy.

"We can tell a patient time and again to get outside and move more, but it's more effective when we actually show them that we do it, too, and can do it together," said Jain. "And it's not just my opinion; it actually makes you feel better."

There's growing evidence that being in nature benefits mental health, and this often encourages patients who may be hesitant to try it, Jain said.

But what about strangers hearing your secrets?

What doesn't come up as often as one may think is the issue of confidentiality. Unlike in a closed office setting, there's no guarantee that your deepest, darkest secrets won't be overheard. But Jain finds that this issue is seldom addressed by patients, even when warned of the risk.

"Confidentiality is discussed more as a concern among clinicians," said Jain. "I've never had a client say, 'Oh, I may be overheard? I don't want to go outside.' It doesn't even come up."

That said, both Polli and Jain do their best to ensure a sense of privacy, avoiding busy areas and opting for the walking paths less traveled.

But potentially awkward run-ins for clients do happen.

"This is a small town and sometimes we encounter other groups passing by or even someone that the client knows," said Polli. "When [that happens], I encourage them to do whatever they feel comfortable with. They can say that I'm just a friend if they don't want to expose that they are in therapy."

Jain added that the outdoors can be too distracting for some, and Polli pointed out that patients processing severe trauma may not be the best candidates for outdoor therapy because building a contained, safe space is so important.

We can actively engage in mindfulness exercises

In Polli's experience, therapy beyond the office space is especially beneficial for patients with depression and social anxiety.

"There are a lot of opportunities to be more mindful and engage in experiential mindfulness exercises, which is a big component of our work," Polli said. "For folks with social anxiety, therapy can be anxiety-inducing and walking side by side can significantly decrease that anxiety."

Best of all, it doesn't really matter where you are. Polli has the luxury of beautiful natural scenery just outside, but Jain, based in a more urban environment, also finds just walking around neighborhoods to have a positive effect.

"Just to walk on a sidewalk together can be wonderful," said Jain. "It needn't be the perfect setting — it just needs to be outdoors."