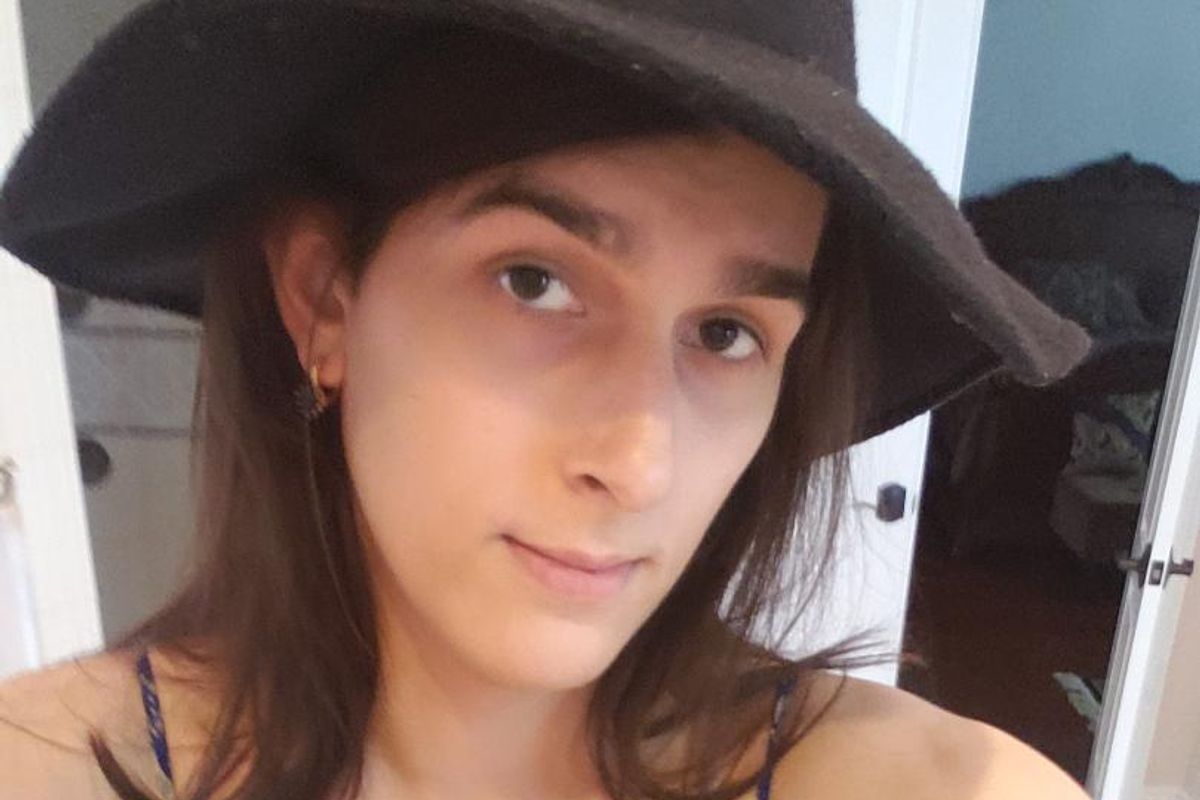 As told to Chandra Whitfield

Even at a young age, I knew I was different. While the other boys loved to be rough and tumble, crashing their toy trucks and cars and playing sports, I longed to wear frilly dresses and I created fashion shows with my G.I. Joe dolls. It was awkward and confusing, so I did my best to push down those feelings and tried even harder to fit into the image of the "typical American boy."

It would be many heartachingly long years later, about age 12, that I would learn that what I had been feeling inside, practically my entire life, actually had a name. I was sitting on the couch across from my babysitter as she watched a documentary when I first heard the term "transgender." I listened closely to what was being discussed on the television and thought to myself, "Hmmm, maybe that's it? Maybe I'm really a girl. Maybe I'm transgender."

That night, I snuck off to my room to Google more about it, and boy, was I overwhelmed. I was bombarded with some disturbing images and information, but fortunately, I also found some valuable and validating information, too. It was empowering, but I would have to celebrate this life-changing revelation alone.

I would carry that secret for about three more years until just before sophomore year of high school, and believe me, I felt every bit of the heaviness of it inside my body. As a result, I struggled with anxiety and depression. And the suicidal thoughts never seemed to end. I tried to take my own life several times. Eventually, I mustered up the courage to confide in a psychologist I'd been seeing. She was supportive and affirming and encouraged me to work toward living my truth; she gently urged me to start by coming out to my family. At the time, the very thought was terrifying. I wasn't ready.

About two months later, I finally got the nerve up to tell my stepmom. We'd always been close, so I thought, If there were anyone in my family who might understand, it would be her. I asked her to go see my therapist with me, and sitting there on that couch, she seemed to take the news surprisingly well. We hugged and cried together that first night. But by the next morning, the silent treatment started. I couldn't help but wonder if I'd made the right choice. My therapist tried her best to console me. I hoped "mom," as I called my stepmom, just needed some time to come around.

​She eventually did and she also kept her promise not to tell anyone the secret we shared. It was comforting, but I knew in time I would have to tell my immediate family members, who included my biological mother and eight half-siblings. I was most worried about telling my dad. How would he react to what he believed to be his towering, 6-foot-3, size-13-shoe-wearing "son" saying, "I'm really a woman."

I would find out when I mustered up the courage to tell him during my second of three hospital stays that followed one of my multiple suicide attempts. He didn't say much, mostly just stared back at me in total shock. I could tell he was worried. All I could do was stand there and cry. Later he would say to me, "I just don't want you out there looking like a freak." I remember thinking to myself, "Doesn't he realize that I struggle with the very same fear?"

After that, things were strained, really strained, for a while and it wasn't easy. At the same time, it felt like a burden, an ever-present heaviness, was beginning to lift off me. I was moving closer to my truth. My transgender journey — with myself and with my family — reached new heights in April 2015, when Caitlyn Jenner came out publicly. Finally, my friends and family had a point of reference to hopefully better understand.

It was Caitlyn's courage and my family's gradual acceptance, that inspired me to take the biggest step of all, starting hormone replacement therapy. I did my research and eventually found a doctor who would start the process. Instantly, yes, after my very first dosage of estrogen and a testosterone blocker called spironolactone (progesterone was added to my regimen later), I felt better — both mentally and physically. I was finally inching closer to my true self and it felt great.

My journey is far from over, but now 12 years after coming out as transgender to my family, I'm in a much better place. My hormone therapy is ongoing, but my ultimate goal, undergoing gender affirming surgery, still remains out of reach because it's expensive and my health insurance doesn't cover it.

I still struggle in social situations with strangers, I often avoid taking pictures, and I usually leave my camera off during virtual meetings — all manifestations of the insecurity that I still battle internally over my appearance, but I try to combat it by surrounding myself with a small, close-knit group of friends who have known me for years who I feel "get" me and my experience.

What's better is that my family, my entire immediate family, has come around as I'd long hoped. They now love and accept me for who I am, whether I show up in a dress and heels or the androgynous attire I usually resort to for safety reasons when out in public. As a result, I feel happier than I ever have in my adult life. It's like the moment that I began to embrace who I truly am — a woman — they found a way to do it too. And for me, that's more valuable than gold.