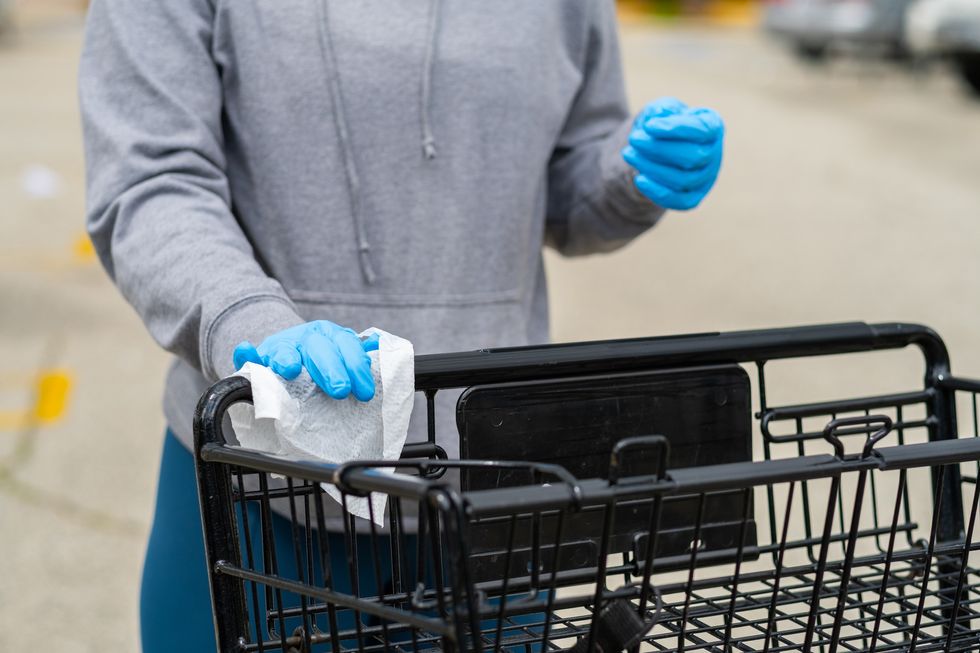 Those with obsessive-compulsive disorder and other serious anxieties face uniquely difficult mental health battles, including trying to distinguish concerns brought on by their conditions from general fears shared by the public about COVID-19.

Before the COVID-19 pandemic took hold in the United States, Chris Trondsen felt his life was finally under control. As someone who has battled obsessive-compulsive disorder and other mental health issues since early childhood, it's been a long journey.

"I've been doing really, really well," Trondsen said. "I felt like most of it was pretty much — I wouldn't say ‘cured' ― but I definitely felt in remission or under control. But this pandemic has been really difficult for me."

Trondsen, 38, a Costa Mesa, California, therapist who treats those with obsessive-compulsive and anxiety disorders, has found himself excessively washing his hands once again. He's experiencing tightness in his chest from anxiety — something he hadn't felt in so long that it frightened him into getting checked out at an urgent care center. And because he also has body dysmorphic disorder, he said, he's finding it difficult to ignore his appearance when he's looking at himself during his many Zoom appointments with clients each day.

From the early days of the coronavirus outbreak, experts and media have warned of a mounting mental health crisis as people contend with a pandemic that has upended their lives. A recent KFF poll found that about 4 in 10 adults say stress from the coronavirus negatively affected their mental health. (KHN is an editorially independent program of KFF, the Kaiser Family Foundation.)

But those with obsessive-compulsive disorder and other serious anxieties face uniquely difficult mental health battles, including trying to distinguish concerns brought on by their conditions from general fears shared by the public about COVID-19. People with OCD have discovered one advantage, though: Those who have undergone successful treatment often have increased abilities to accept the pandemic's uncertainty.

Dr. Katharine Phillips, a psychiatrist at NewYork-Presbyterian and professor at Weill Cornell Medicine, said it's possible that patients who have been in consistent, good treatment for their OCD are well protected against the stress of COVID-19.

Those with OCD feel compelled to repeatedly perform certain behaviors, such as compulsive cleaning, and they may fixate on routines. OCD can also cause nonstop intrusive thoughts.

Carli, who asked that her last name be withheld because she feared professional repercussions, can trace her OCD to age 6. The coronavirus pandemic has sent Carli, a 43-year-old from Jersey City, New Jersey, into a spiral. She's afraid of the elevators in her building, so she doesn't leave her apartment. And she's having trouble distinguishing an OCD compulsion from an appropriate reaction to a dangerous pandemic, asking those without OCD how they've reacted.

"The compulsions in my head have definitely gotten worse, but in terms of wearing a mask and cleaning my groceries and going into stores, it's really hard to gauge what is a normal reaction and what is my OCD," Carli said. "I try to ask people, Are you doing this? Are you doing that?"

Elizabeth McIngvale, director of the McLean OCD Institute in Houston, said she has noticed patients struggling to differentiate reactions, as Carli described. Her response is that whereas guidelines such as hand-washing from the Centers for Disease Control and Prevention are generally easily accomplished, OCD compulsions are usually never satisfied.

McIngvale was diagnosed with OCD when she was 12, with behaviors like taking six- to eight-hour showers and washing her hands for so long they bled. McIngvale receives therapy weekly.

"It's just a part of my life and how I maintain my progress," McIngvale said.

Lately, she's found herself consumed with fears of harming or infecting others with the COVID-19 virus — a symptom of her OCD. But, generally, with the tools she's gained through treatment, she said she's been handling the pandemic better than some people around her.

"The pandemic, in general, was a new experience for everybody, but for me, feeling anxiety and feeling uncomfortable wasn't new," McIngvale said.

"OCD patients are resilient," she added. Treatment is based on "leaning into uncertainty and so we've also seen patients who are far along in their treatment during this time be able to manage really well and actually teach others how to live with uncertainty and with anxiety."

Wendy Sparrow, 44, an author from Port Orchard, Washington, has OCD, agoraphobia (fear of places or situations that might cause panic) and post-traumatic stress disorder. Sparrow has been in therapy several times but now takes medication and practices mindfulness and meditation.

At the beginning of the pandemic, she wasn't fazed because she's used to sanitizing frequently and she doesn't mind staying home. Instead, she has felt her symptoms worsening as her home no longer felt like a safe space and her fears of fatal contamination heightened.

"The world feels germier than normal and anyone who leaves this house is subjected to a barrage of questions when they return," Sparrow wrote in an email.

Depending on how long the pandemic lasts, Sparrow said, she may revisit therapy so she can adopt more therapeutic practices. Trondsen, too, is considering therapy again, even though he knows the tools to combat OCD by heart and uses them to help his clients.

"I definitely am needing therapy," Trondsen said. "I realized that even if it's not specifically to relearn tools for the disorders … it's more so for my mental well-being."

Carli has struggled with finding the right treatment for her OCD.

But a recent change is helping. As the pandemic intensified this spring, many doctors and mental health providers moved to telehealth appointments — and insurers agreed to cover them ― to cut down on the risks of spreading the virus. In April, she started using an app that connects people with OCD to licensed therapists. While skeptical at first, she has appreciated the convenience of teletherapy.

"I never want to go back to actually being in a therapist's office," Carli said. "Therapy is something that's really uncomfortable for a lot of people, including me. And to be able to be on my own turf makes me feel a little more powerful."

Patrick McGrath, a psychologist and head of clinical services at NOCD, the telehealth platform Carli uses, said he's found that teletherapy with his patients is also beneficial because it allows him to better understand "how their OCD is interfering in their day-to-day life."

Trondsen hopes the pandemic will bring increased awareness of OCD and related disorders. Occasionally, he's felt that his troubles during this pandemic have been dismissed or looped into the general stress everyone is feeling.

"I think that there needs to be a better understanding of how intense this is for people with OCD," he said.

The Long-lasting Impacts of Covid-19

What You Need to Know About Antiviral Treatment for Covid-19 — A Conversation with Christina Nguyen, PA-C

My Journey With Long Covid Symptoms